It is important to understand the formation of states and counties when researching your family. Historical maps can help one in understanding this information.  I used the information found at mapofus.org and created a timeline for Vermont and its county formations. 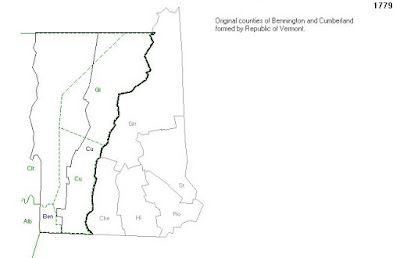 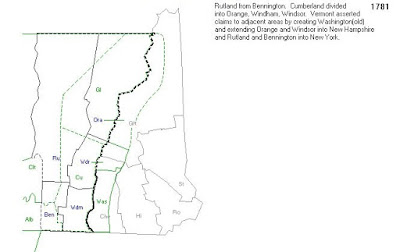 1783-Orange and Windsor gained from Rutland 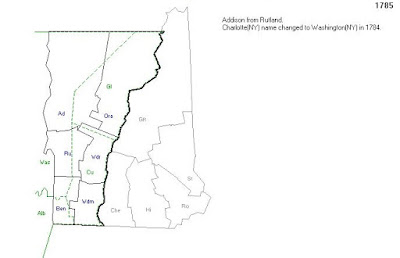 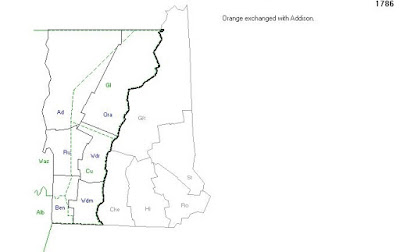 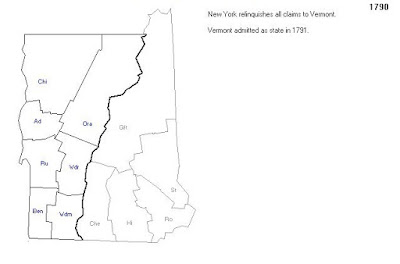 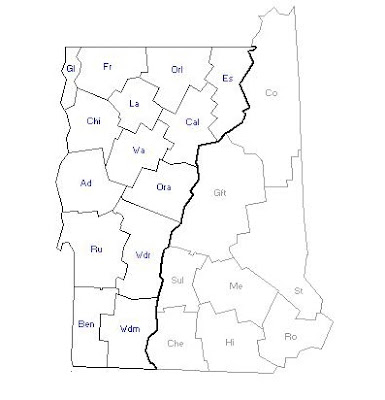 The wonderful information and screenshots of maps were provided from mapofus.org.  If you haven't checked this website out, you need to.  It has each U.S. state and its history in map form. Each state has its own page with animated maps showing the changes throughout the years. There is a map showing the formation of the United States, a couple of military maps, and historical atlases on this website as well.  This website should be in every genealogist's toolbox.

Posted by Brenda Leyndyke at 5:18 PM