In Memory of Robert and Leona (Fredricks) Wagoner 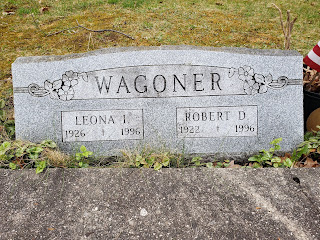 WAGONER
LEONA I            ROBERT D
1926-1996            1922-1996
Photographed by Brenda Leyndyke
Leona Wagoner
1926-1996
Leona Inez Wagoner, 69, of Bear Lake, died Sunday, April 21, 1996 at West Shore Hospital, Manistee.
She was born 5 Dec 1926 in Brethren, the daughter of Otto and Daisy (Graf) Fredricks.  She was a member of Trinity Lutheran Church and the Ladies Aid, Onekama; the DAV Auxiliary, Manistee; and graduated as a LPN from Northwestern Michigan college of Nursing in 1966.  She worked for many years for Dr. Arnold Graham in his Bear Lake office.
Surviviors include her husband, Robert Wagoner; her son and daughter-in-law, Ronald and Lynn; her grandson, Cody Graf; her sisters, Kathryn Pihl, Kaleva, Lola Brown, Brethren, Marie (Walter) Kurth, Smith River, Calif., Audrey (Bruce) Glover, Portage, Jean (Leslie) Kaskinen, Bellaire; her brothers, Otto (Margaret) Fredricks, Kaleva, Richard (Marilyn) Fredericks, Brethren, John (Louise) Fredricks, Blanchard and Ray (Alyce) Fredricks, Caledonia, and numerous nieces and nephews.
She was preceded in death by her parents; her husband, Raymond Graf in 1971, brothers, Harold and Norman Fredricks; and nephews Mark Kaskinen, Michael Fredricks, and Richard Fredericks.
Funeral services will be conducted at 11 a.m. on Wednesday, April 24 at Trinity Lutheran Church, Onekama, with the Rev. Paul Pollatz officiating.  Burial will be in the Onekama Village Cemetery.
The family will receive friends from 2-4 and 7-9 Tuesday at the Terwilliger Funeral Home, P.C., Kaleva.
Memorials may be given to the American Diabetes Association.  Envelopes are available at the Terwilliger Funeral Home, Kaleva.
(Manistee News Advocate, 22 April 1996) 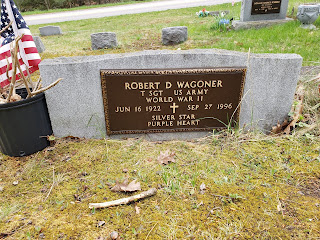