My husband, Kirk, is officially retired after 39 years in education, the last 27 as an elementary and middle school counselor! Congratulations, Kirk!  You survived all those little munchkins!  I know you made a difference in many, many children's lives and have made the world a better place because of your kind and caring personality.  I remember asking Kirk, after an unusually tough day dealing with a custody issue, where the police came and removed the child from the school, how he does what he does?  He said, "He wants to be the one who is there for them."   He has been there for thousands of students and parents throughout the years.  You deserve a wonderful retirement and I am happy I will be here to share it with you.

Here are a few moments from Kirk's career. 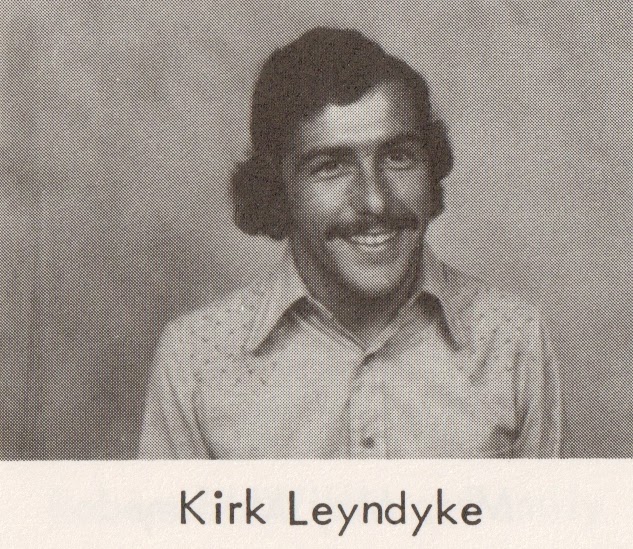 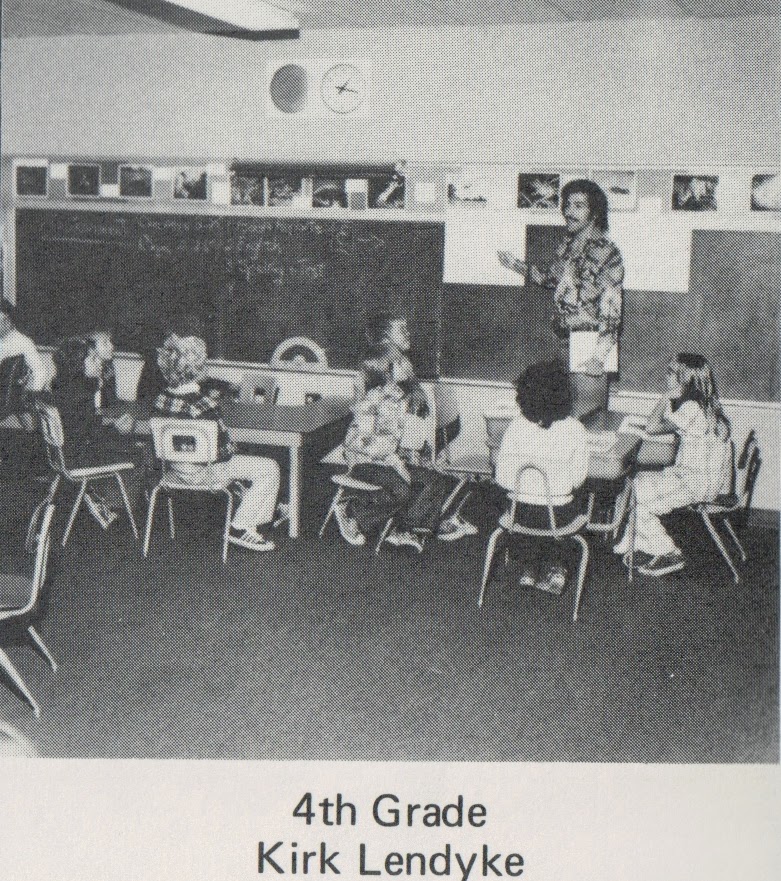 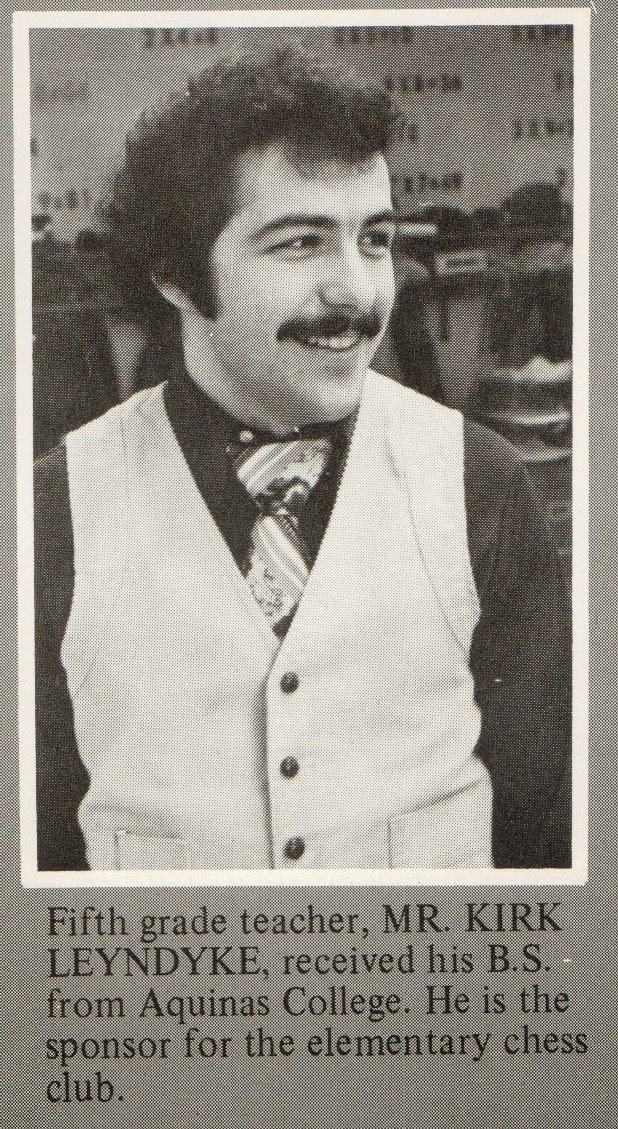 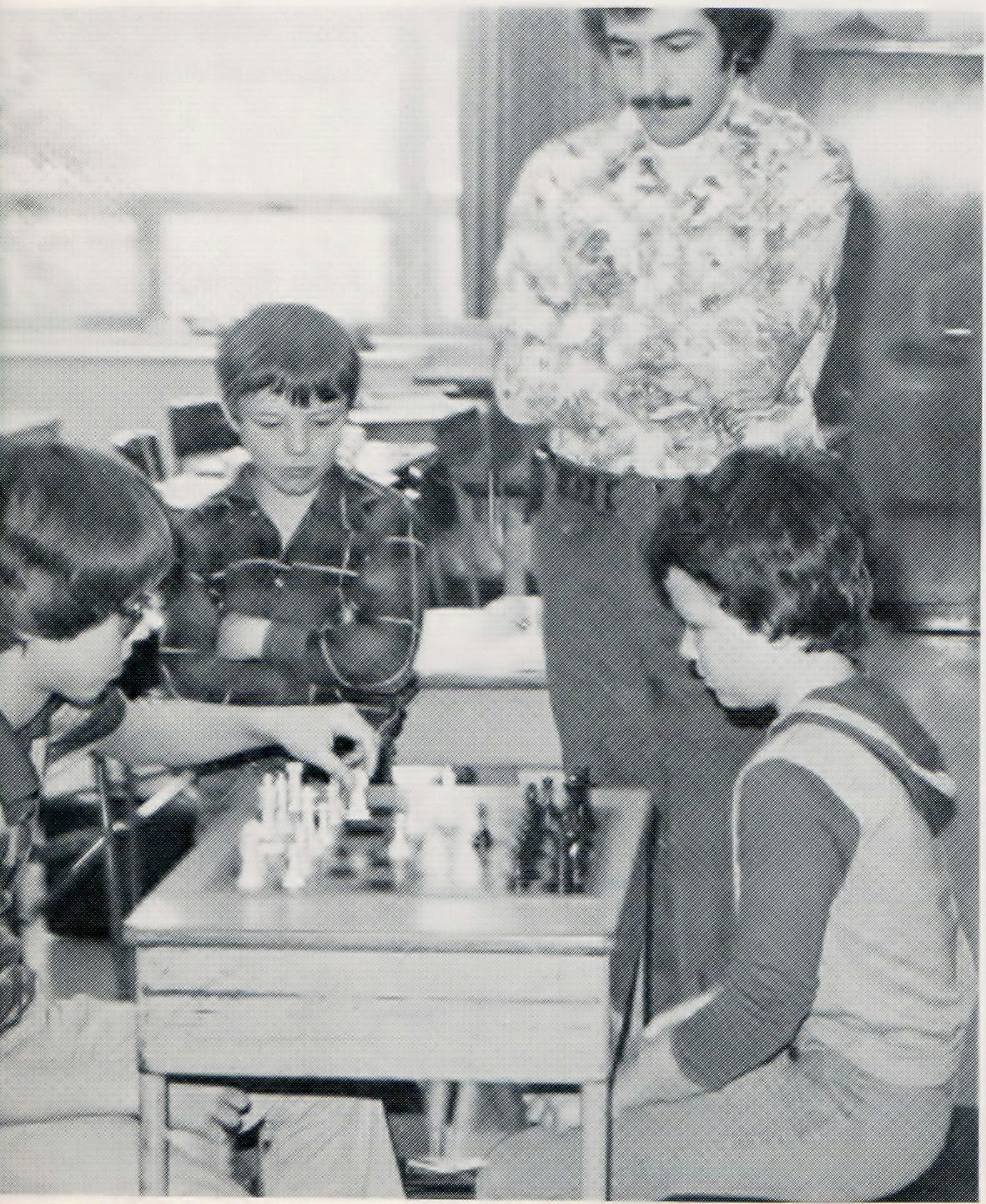 Coordinator of the Chess Club 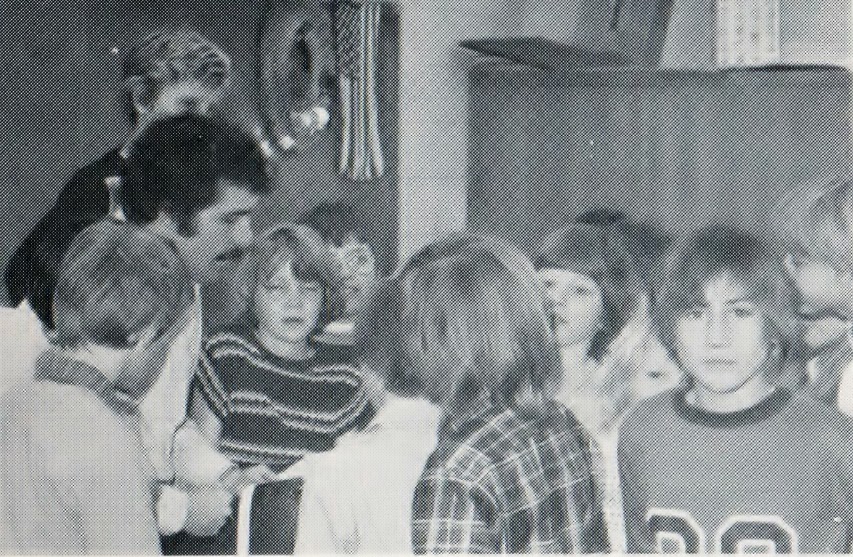 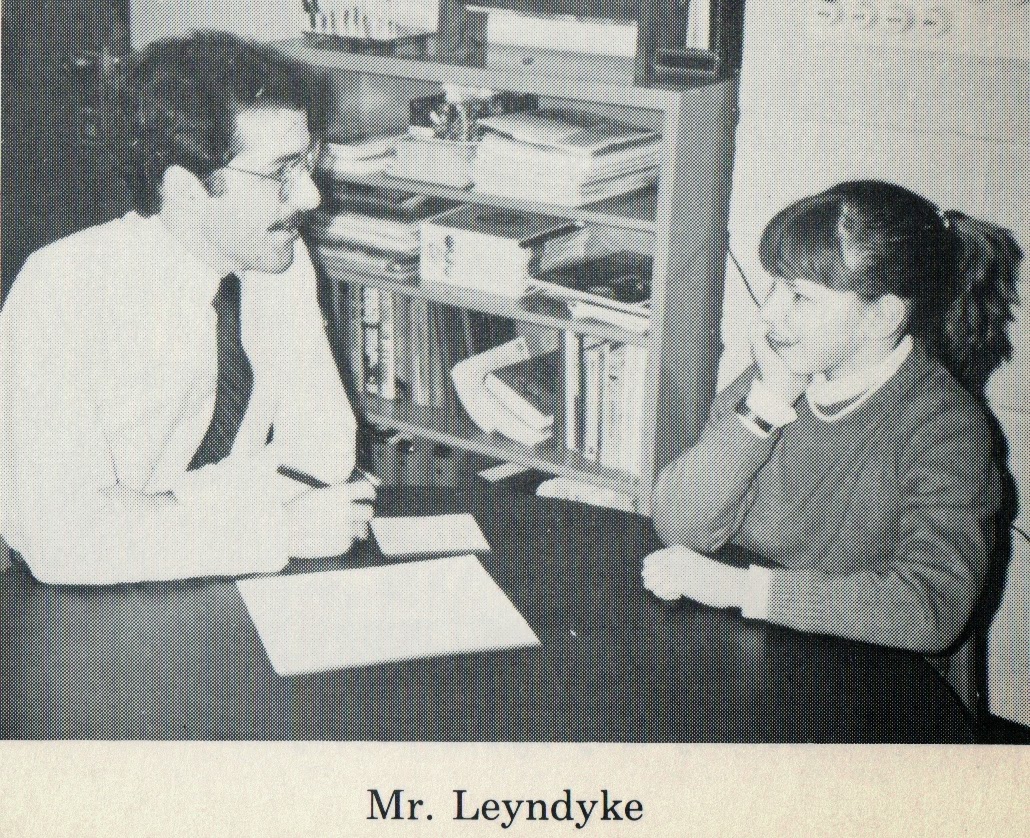 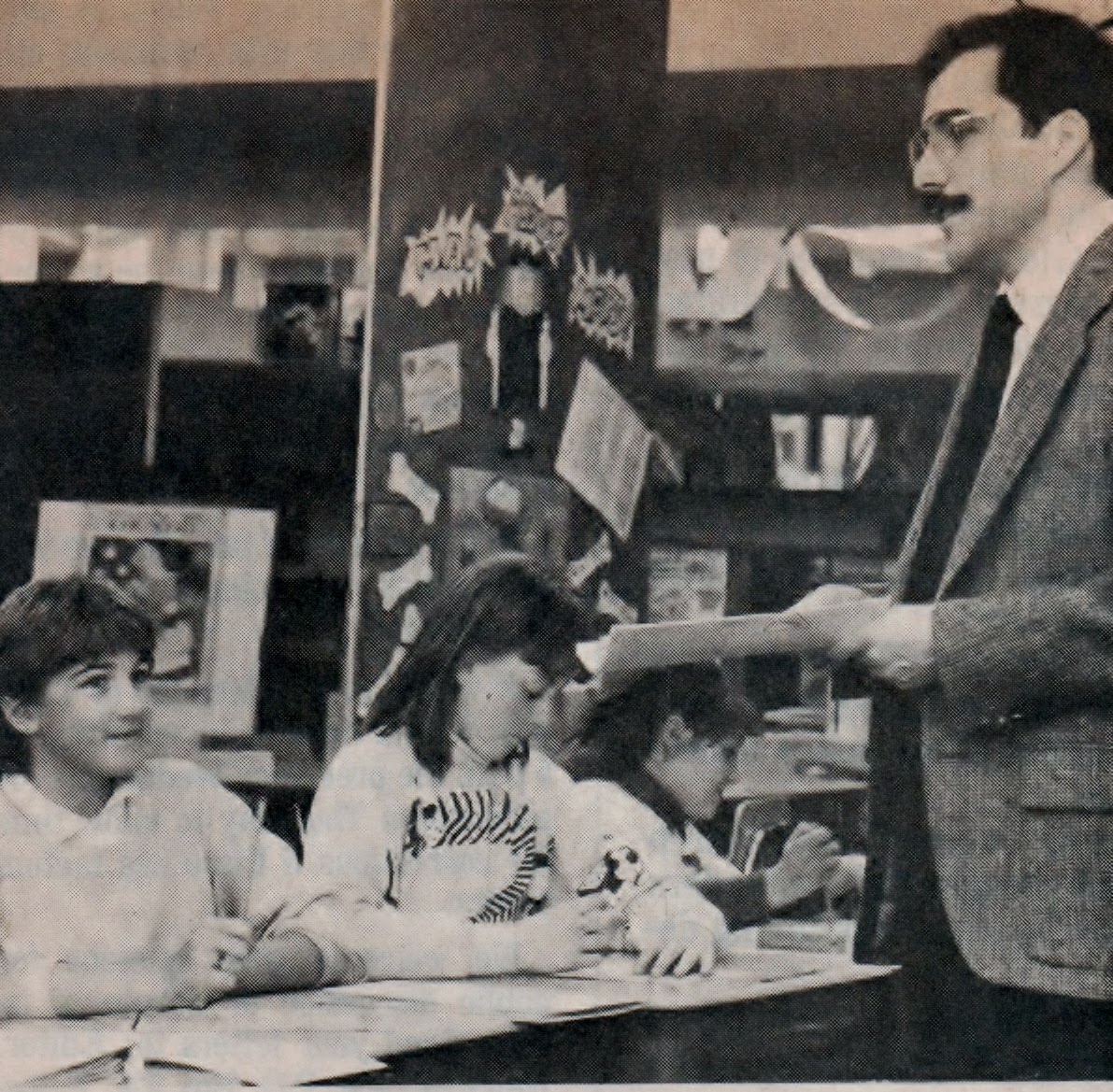 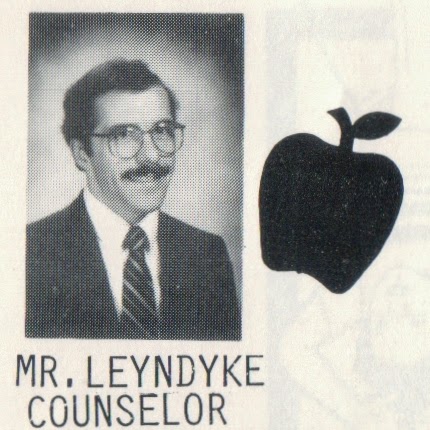 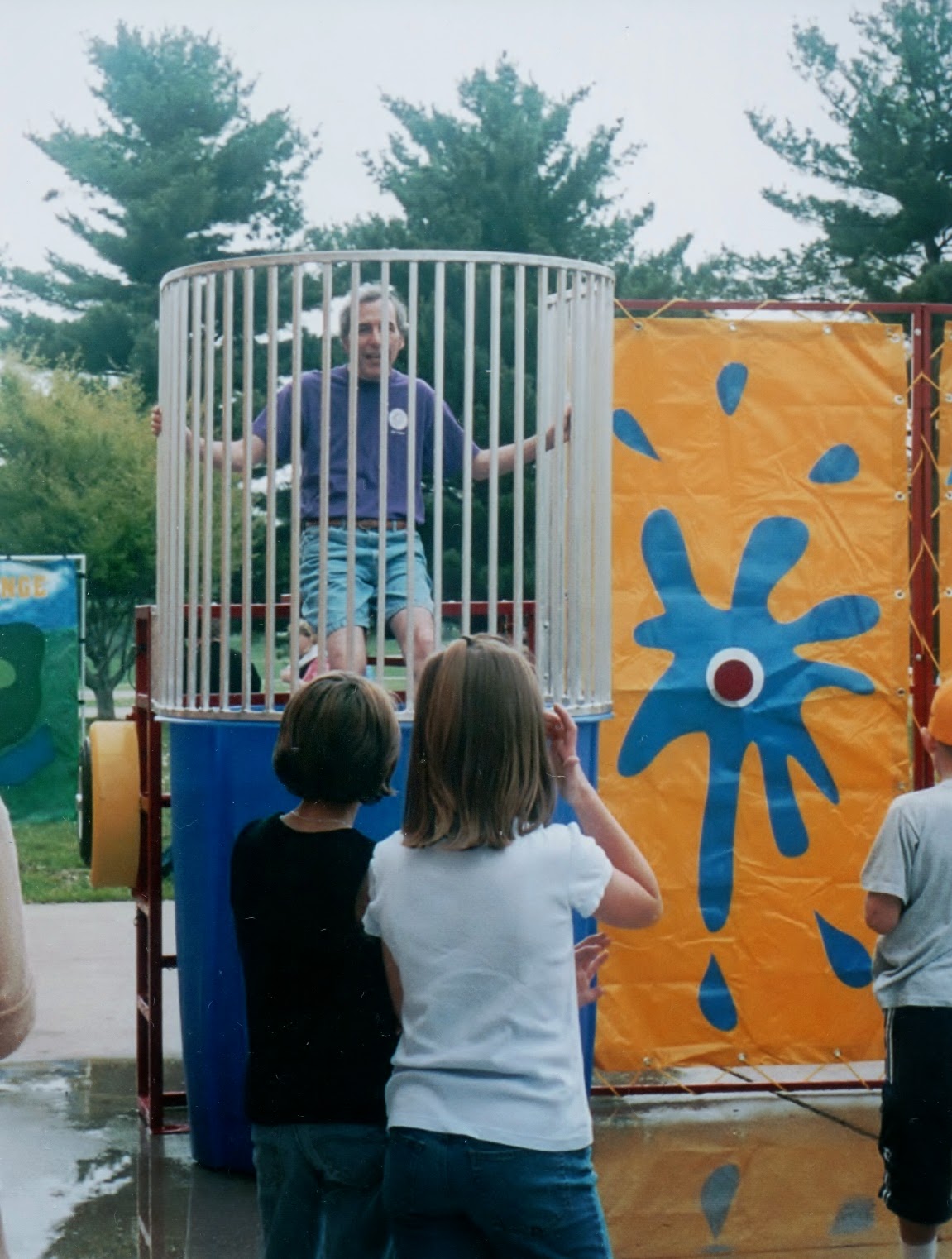 State of Michigan Elementary Counselor of the Year Award, 1991

Kirk received the Elementary Counselor of the Year Award while counseling at Riverside and Minges Brook Elementary Schools.  Below are a couple of pictures and the school board recognition for his award. 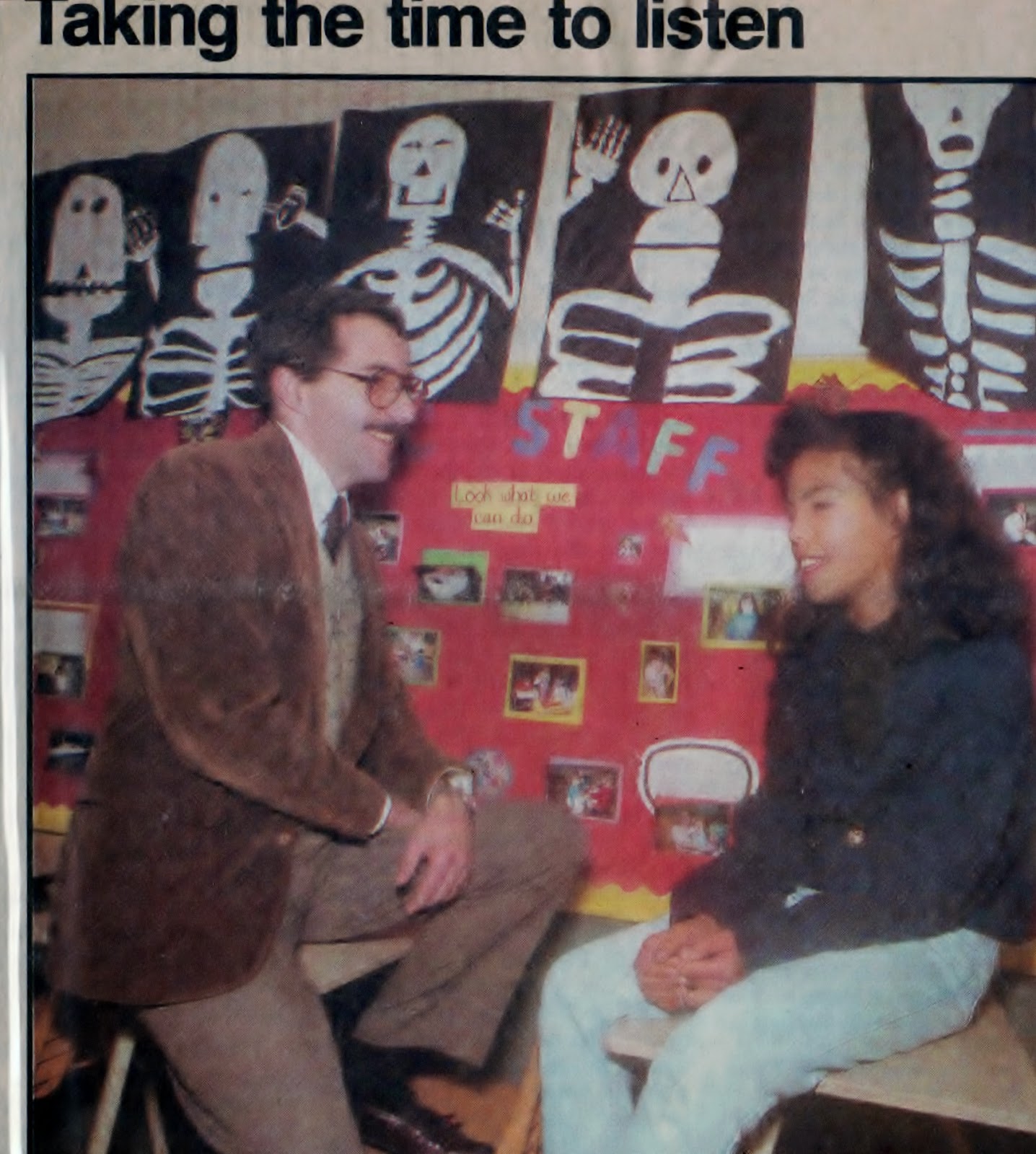 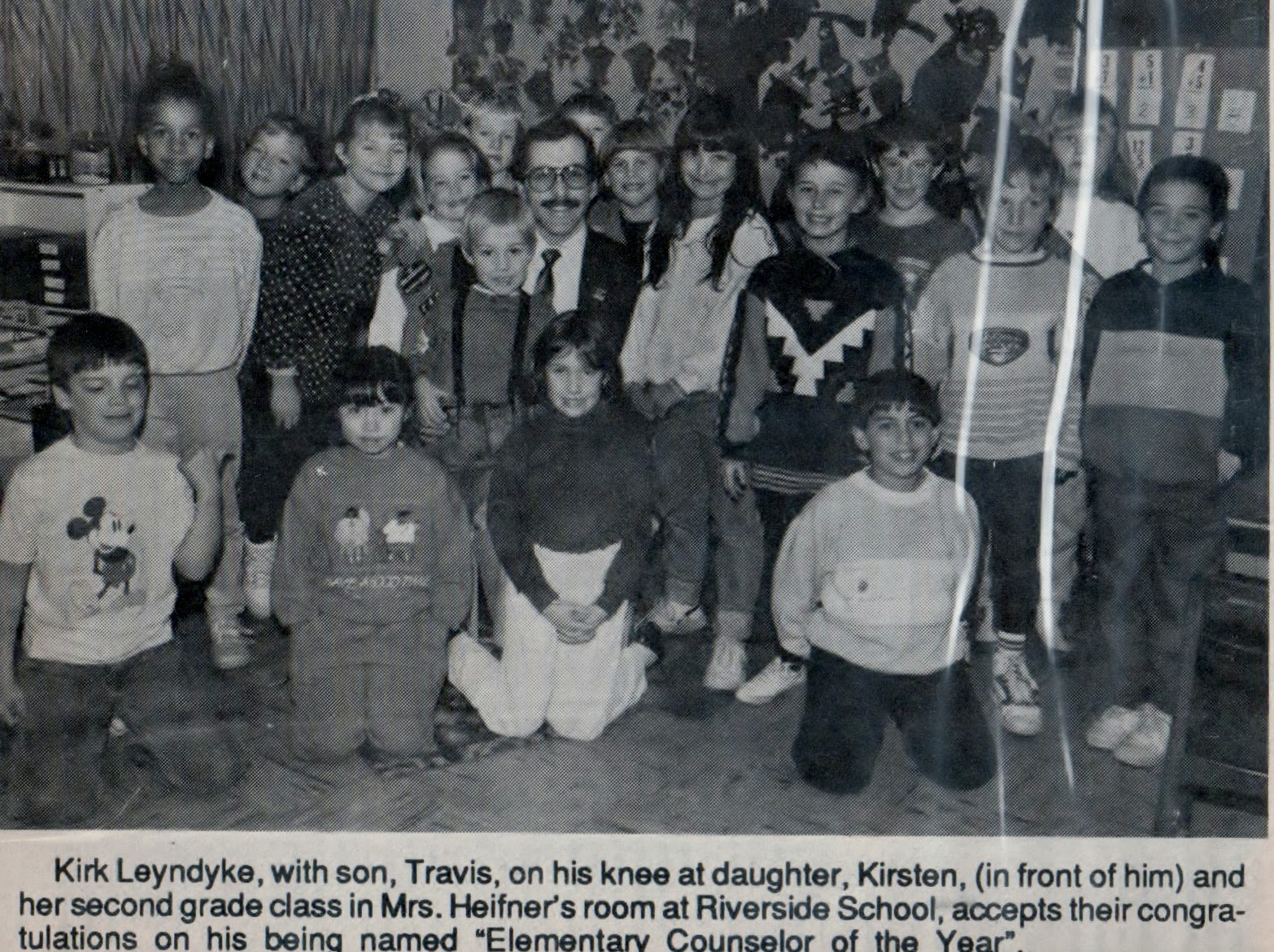 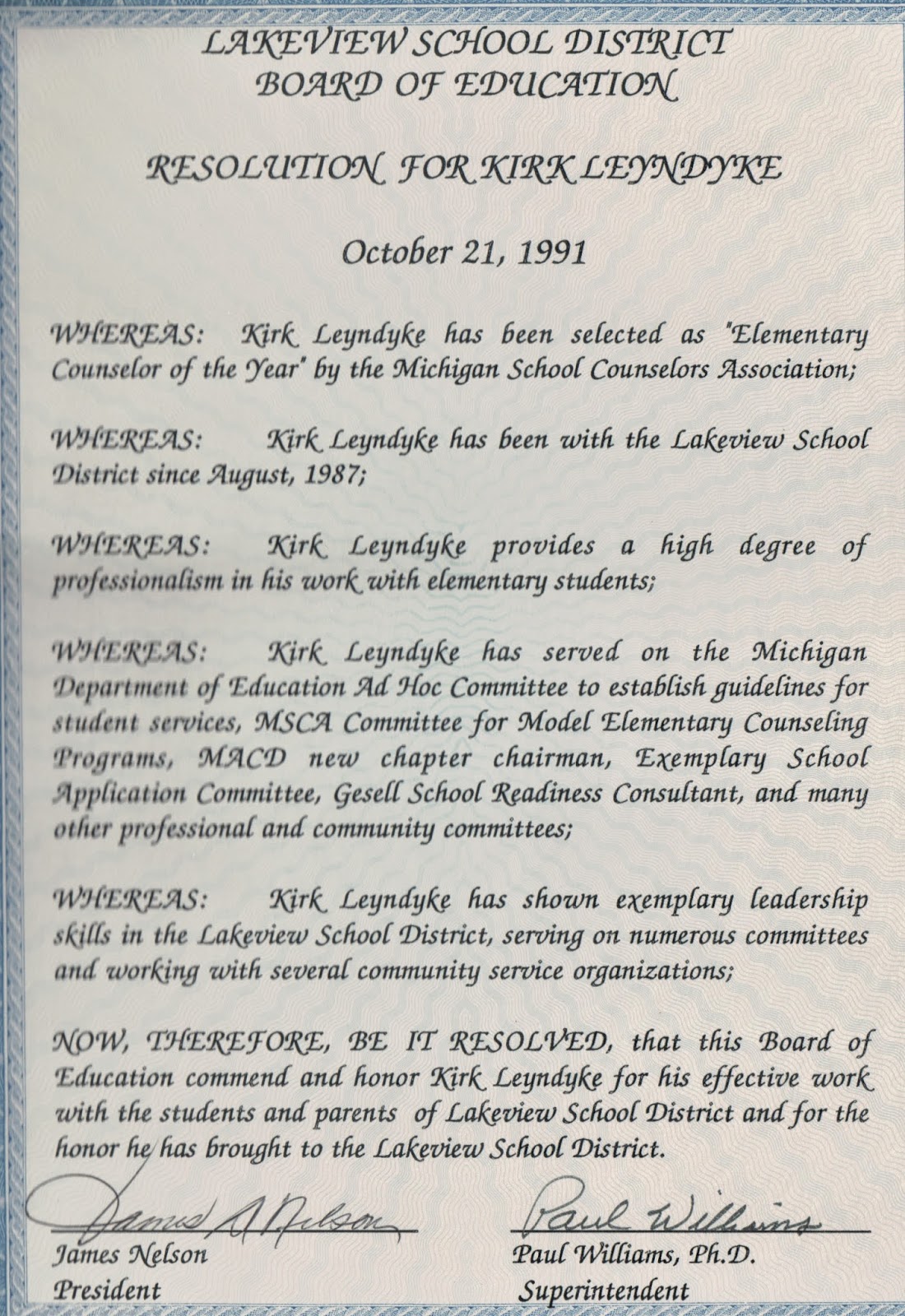 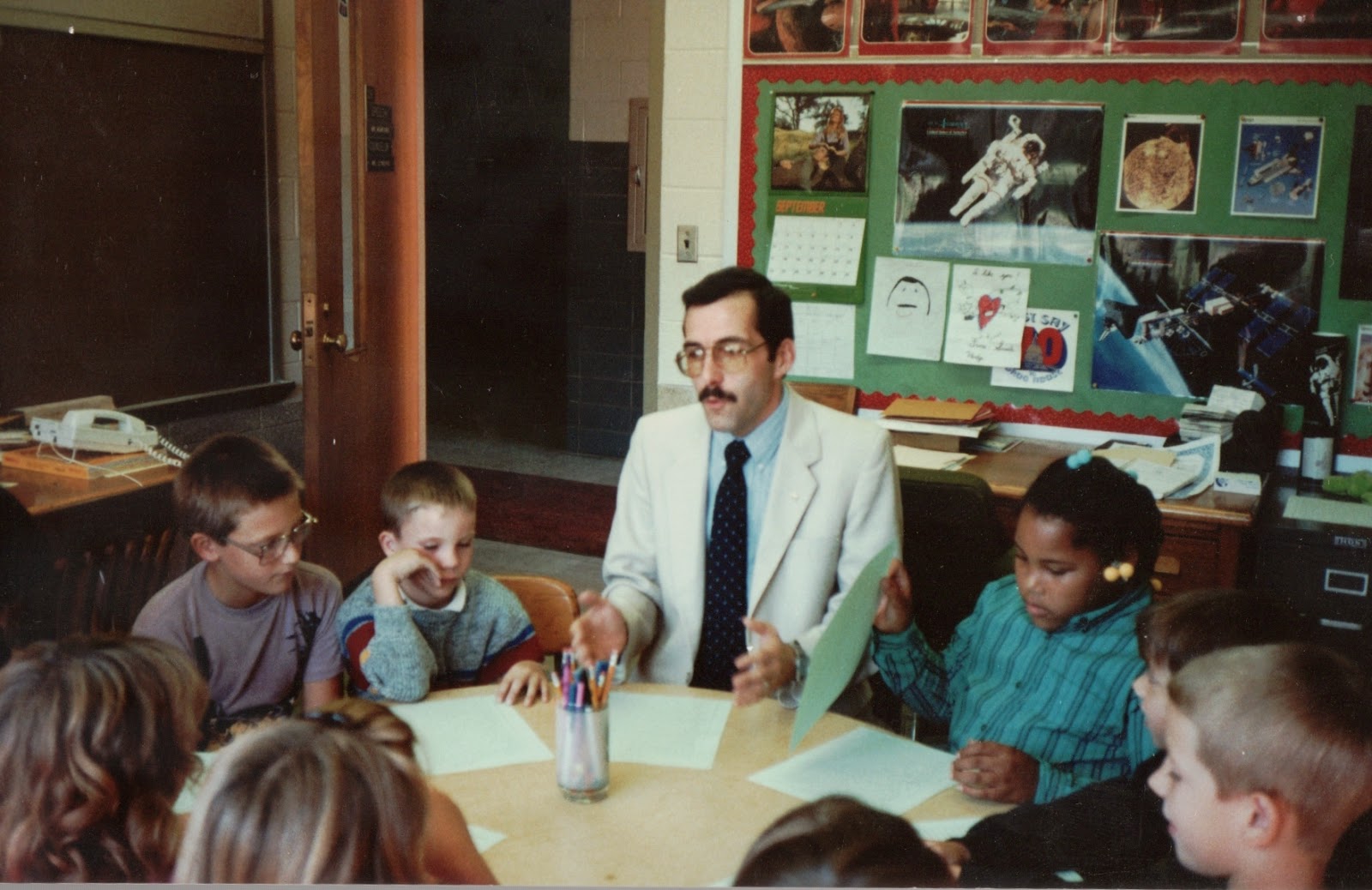 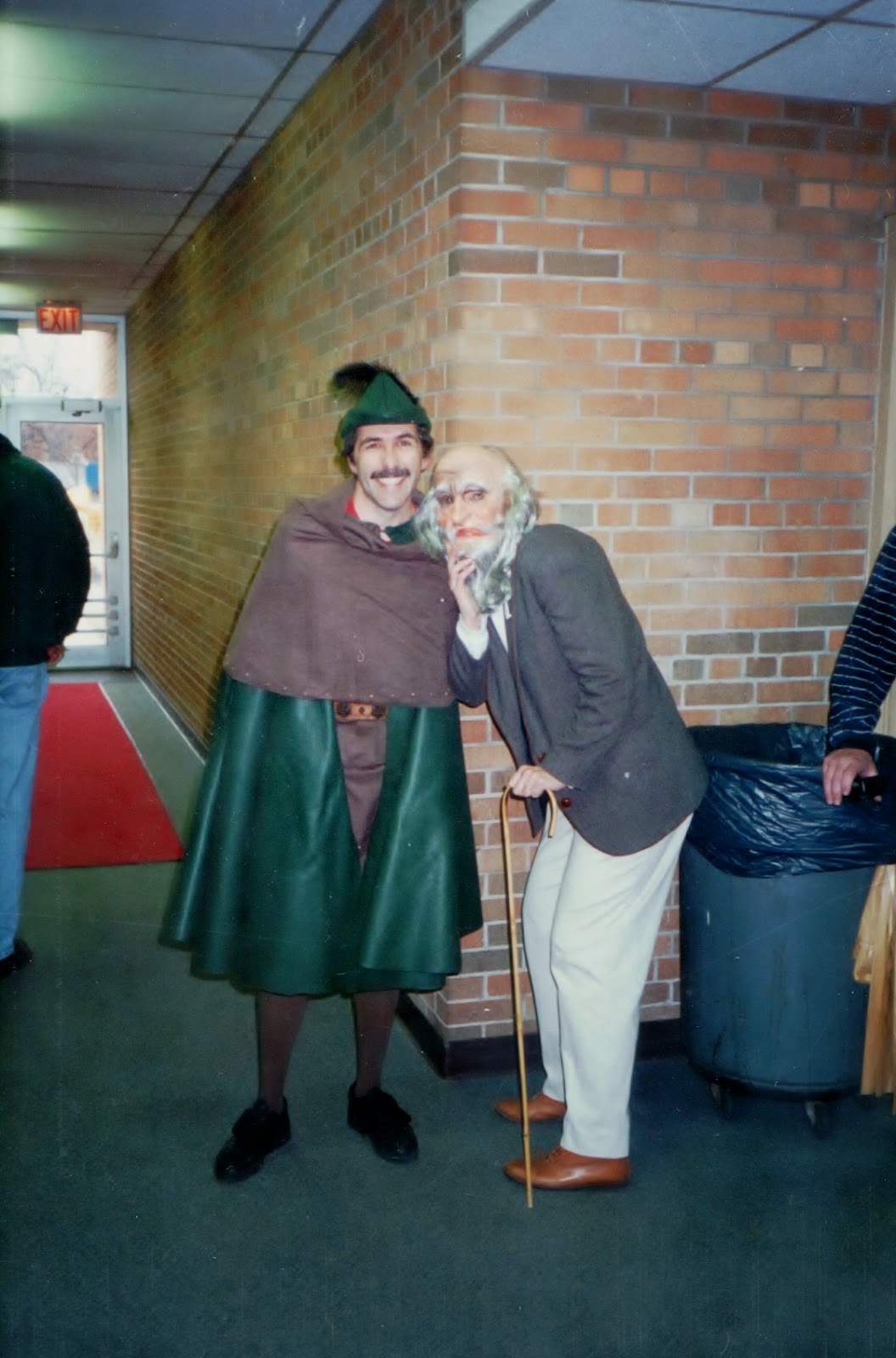 The students always enjoyed seeing the staff dressed up for Halloween.  Kirk is Robin Hood, tights and all. 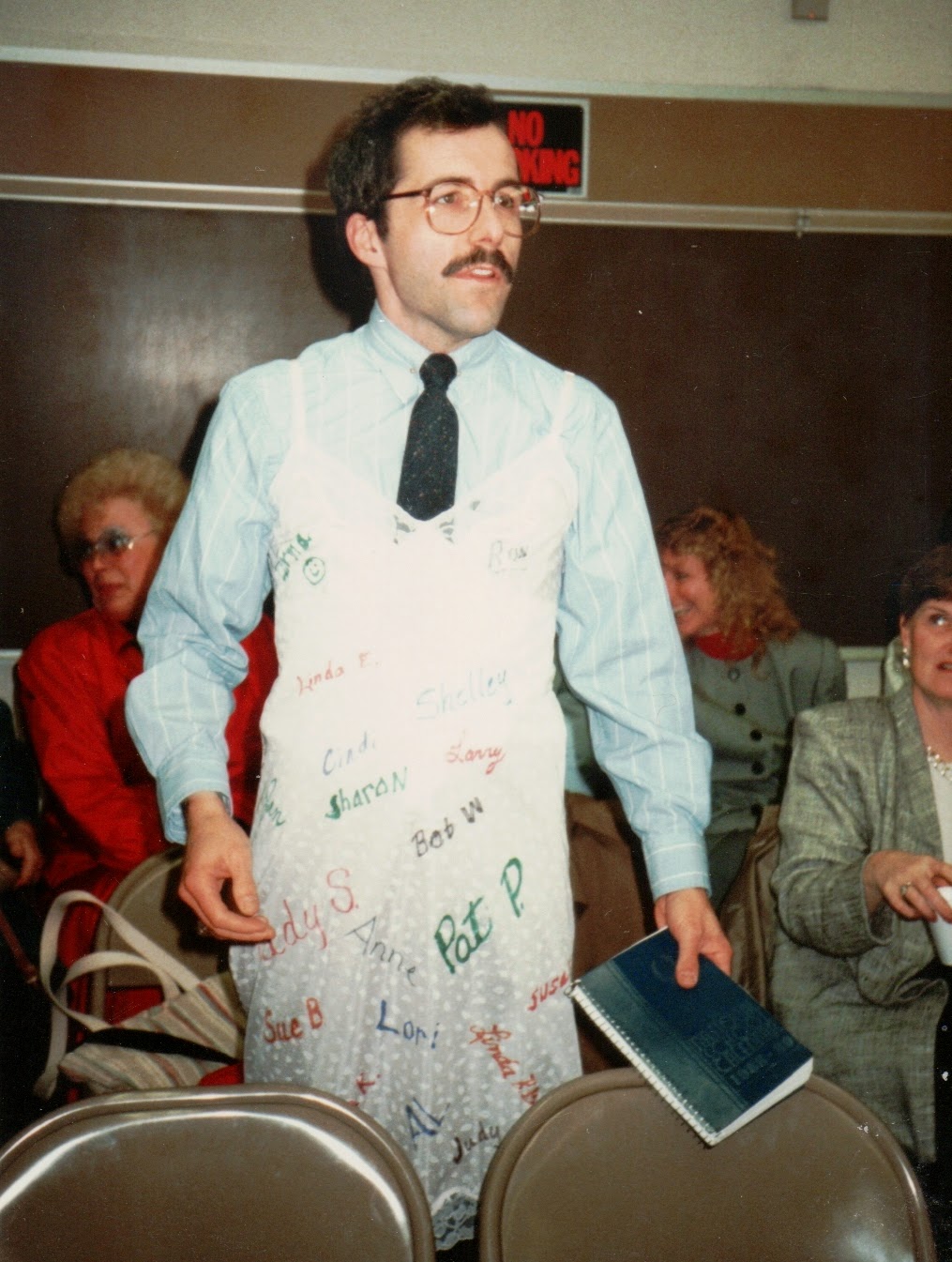 During the first few years Kirk was at Lakeview, he received a pink slip.  A pink slip is notification that you won't have a job for the following year due to budget restraints.  The staff at Minges Brook thought it would be funny to give him a real pink slip!  Luckily, he had a job the next year after a millage passed. 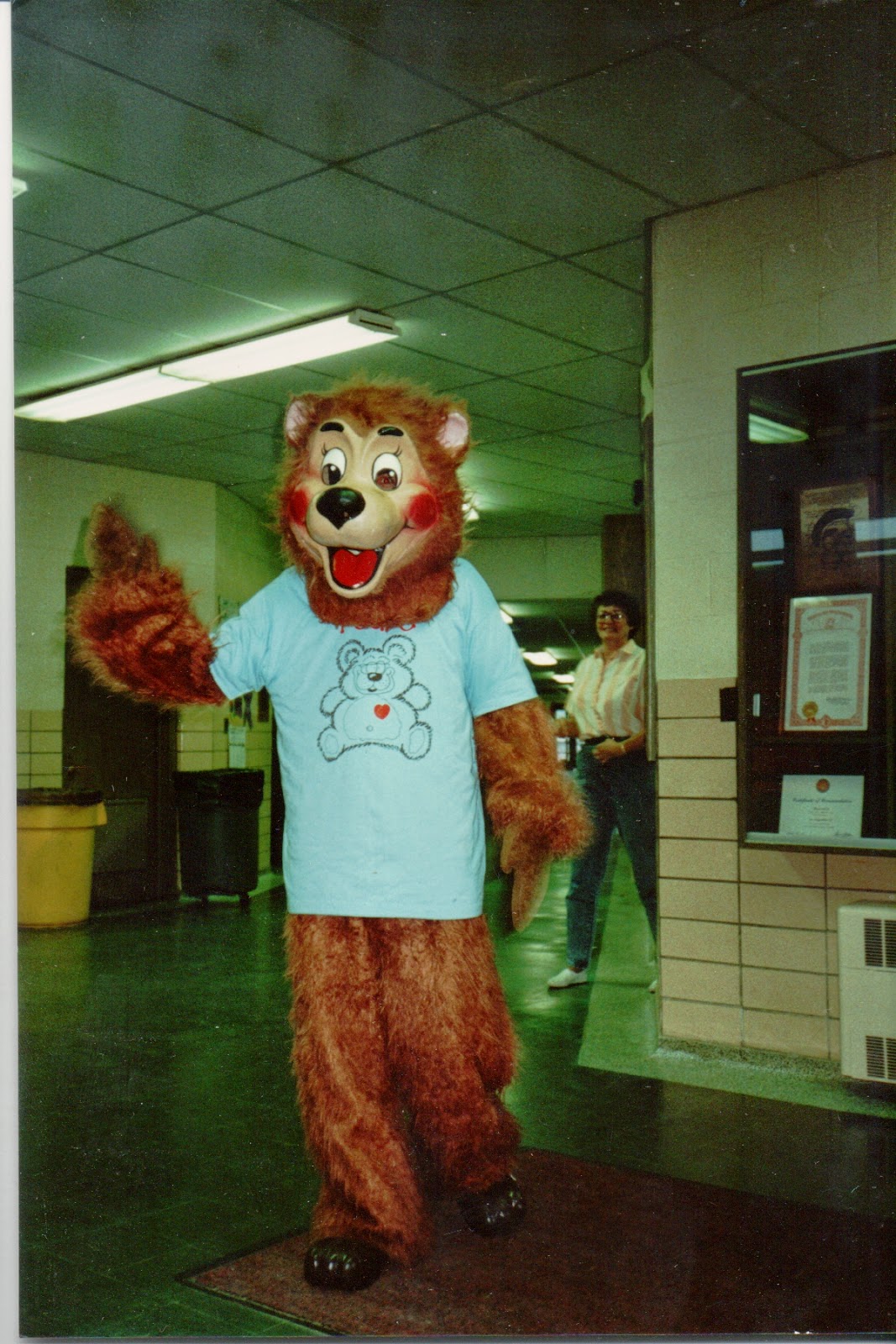 Quest Bear Guess Who?  The Quest program was a self esteem building program and the Bear was its' mascot.  I guess being a self esteem mascot falls in the job description of the counselor.  Kirk had fun with it. 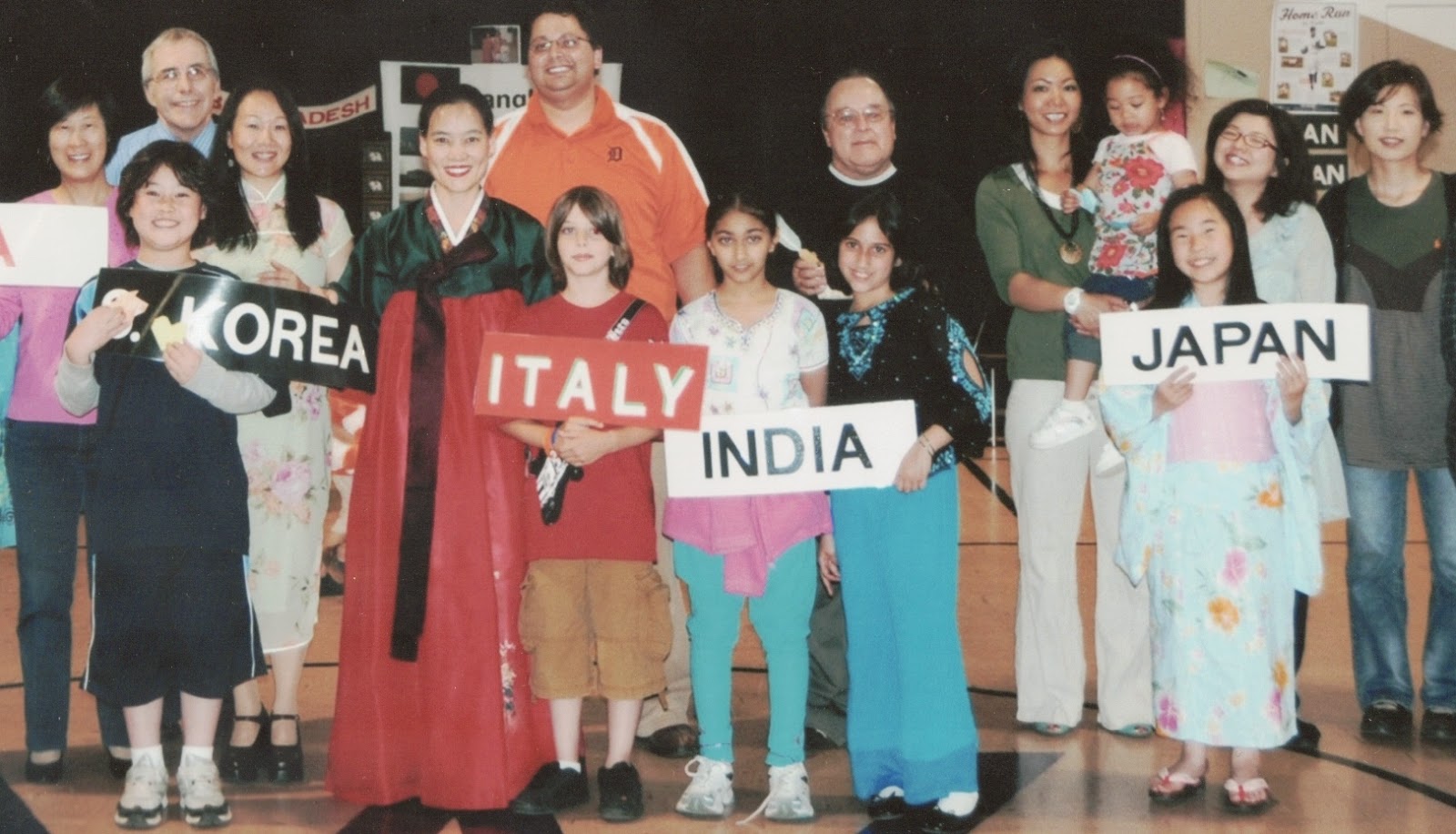 One of the programs that Kirk developed in the elementary schools was a cultural awareness program.  He held a Cultural Awareness Fair each year.  Parents and students from various cultures would bring relevant items and costumes to show the students.  The picture above shows the cultures of Korea, Italy, India and Japan. 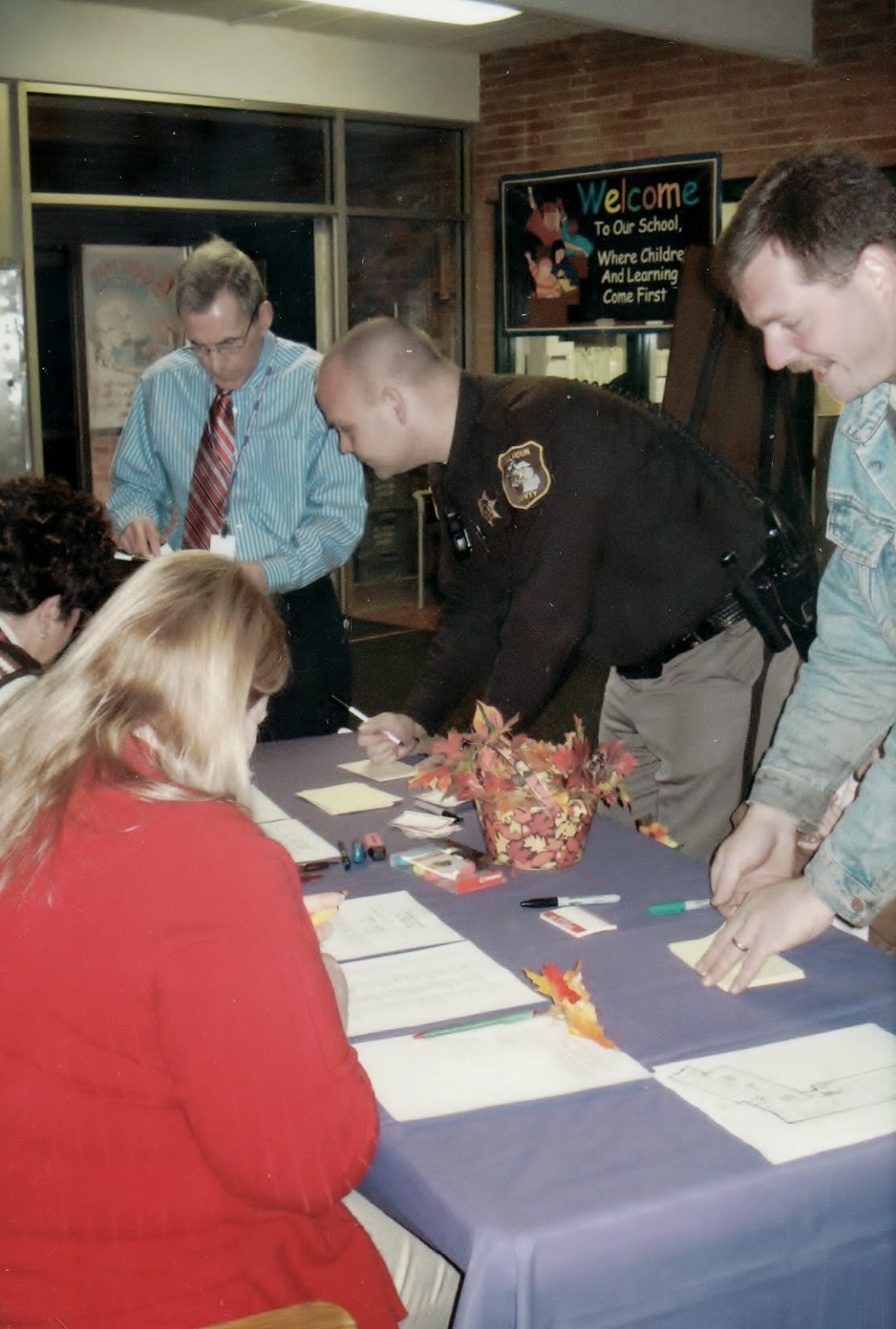 If Kirk is remembered for only one thing during his time at Lakeview, it will be for his career days.  He would plan awesome career days.  Parents would be invited to share their career with the students and Kirk would fill in with community members.  The most talked about Career Days were when he had the Drug Enforcement Helicopter land on the school lawn.  Above, parents are signing in at Westlake School. 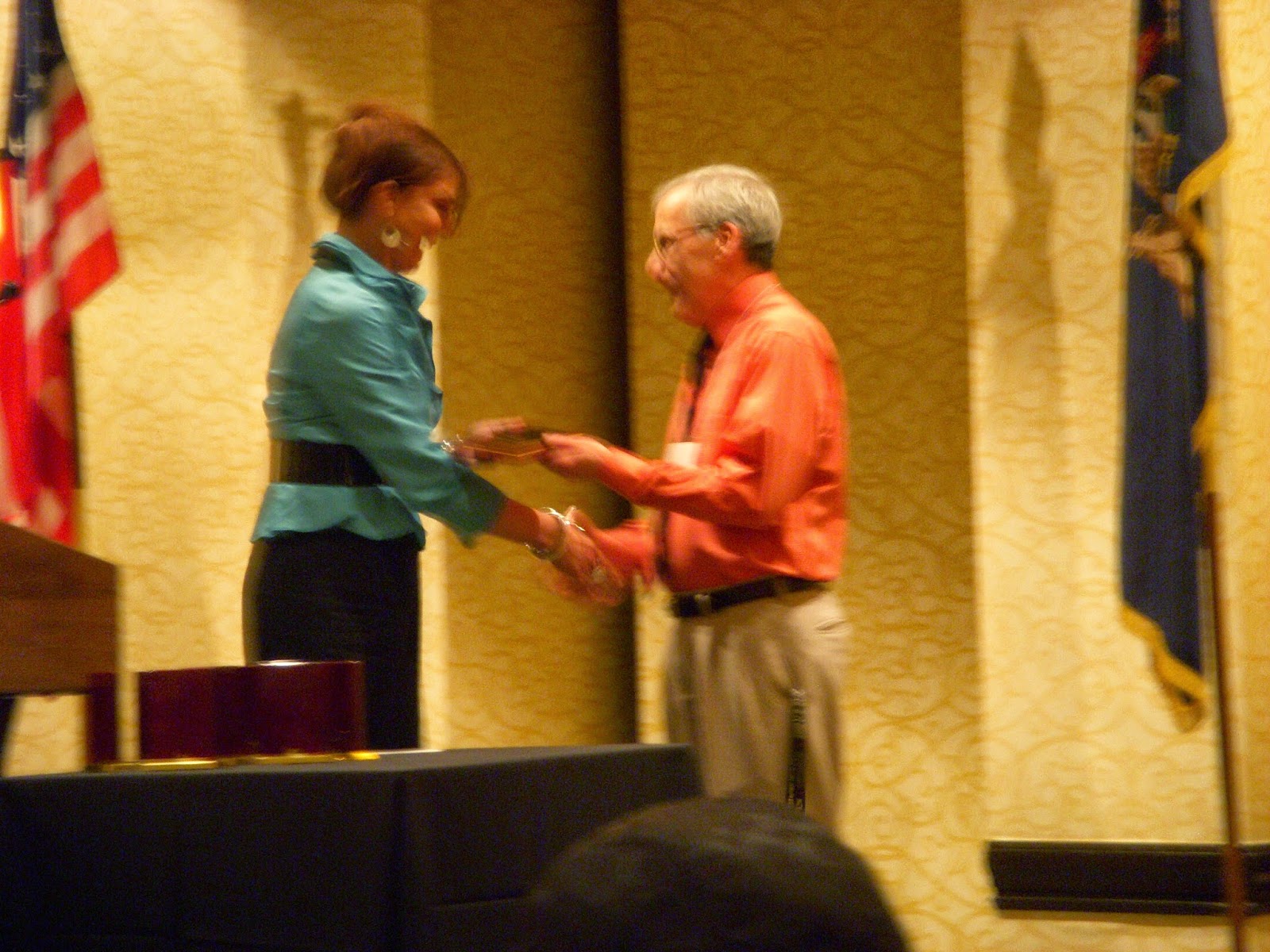 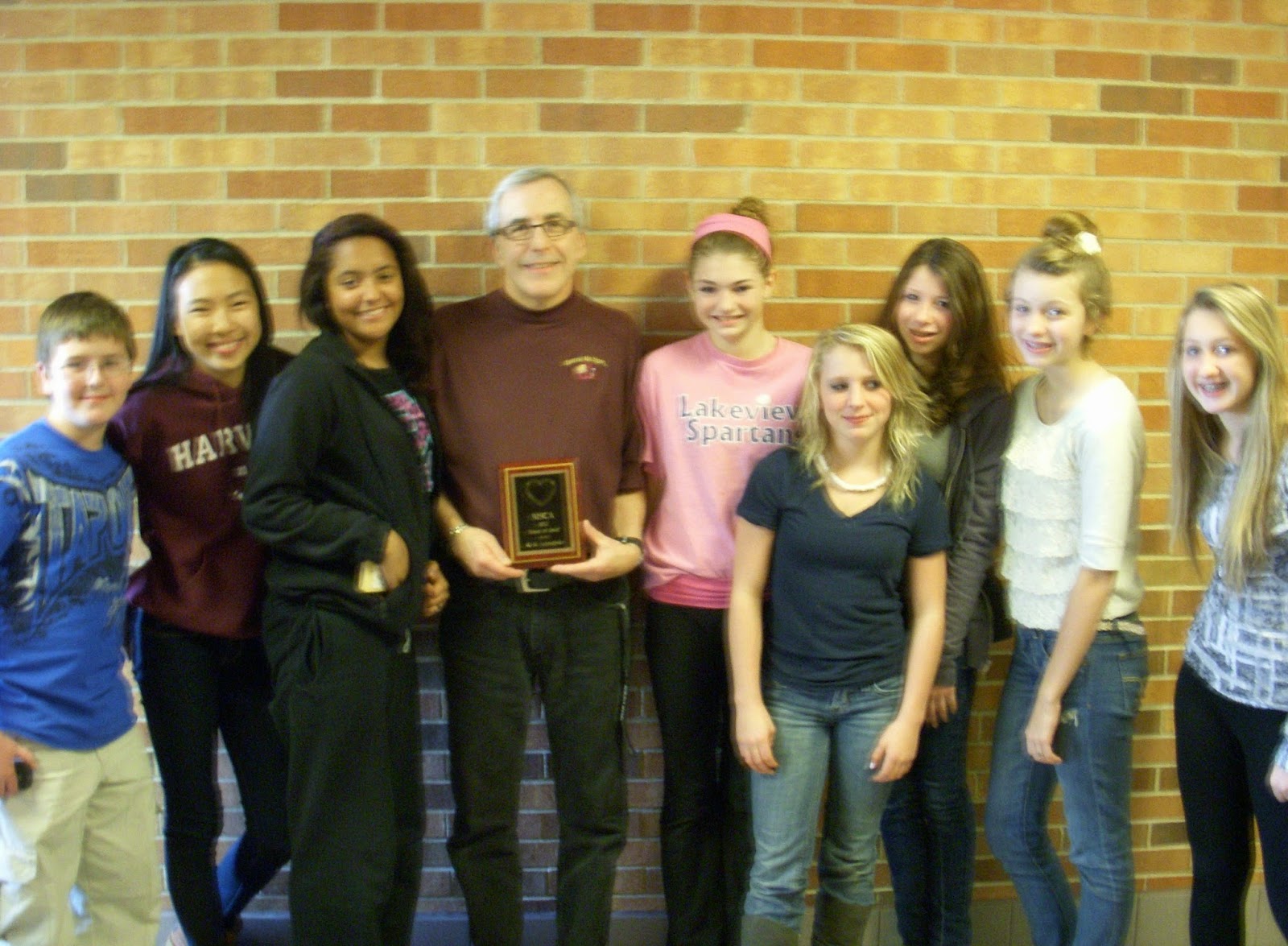 Kirk had many wonderful moments as a teacher and counselor.  I could write a blog just on his experiences in education.  I tried to capture a few above, but I have many more pictures I could have share.  Throughout Kirk's years in education he has seen many changes.  The one constant in his career were the students.  He really cared about the students.  He was available for them throughout their school career and beyond.  He loved what he did.  He made a difference in thousands of students' lives and for this he deserves a great retirement.  Congratulations!

Posted by Brenda Leyndyke at 7:15 AM