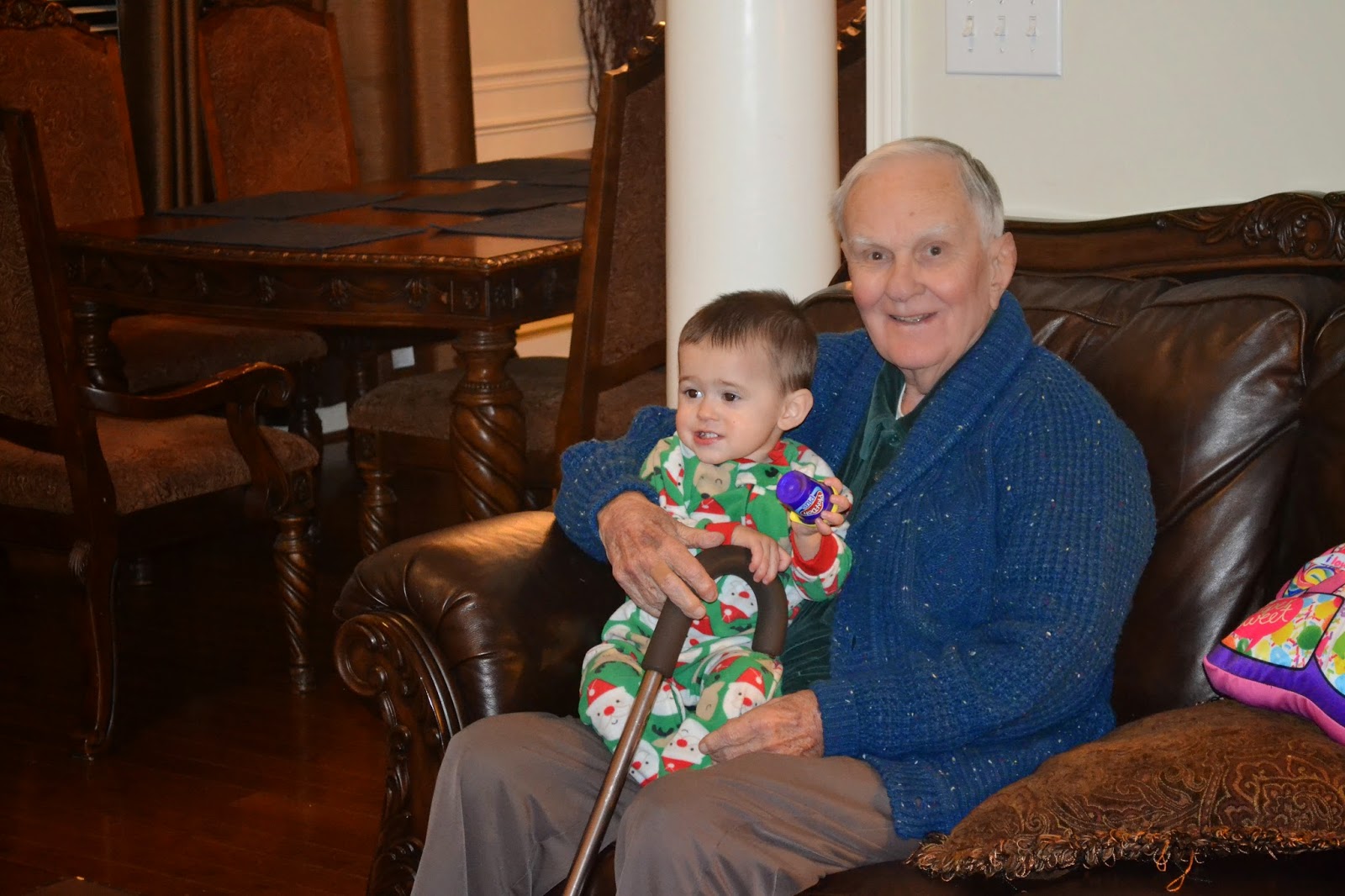 Can you believe my Dad is 90?  This is a picture of my dad with his youngest grandchild, Alex, in December 2014.

A lot of history has taken place over the last ninety years.  My dad, Bruce, has seen and been a part of many great events in his life.  He is a World War II veteran, having served in the Army at the Battle of the Bulge.

He is also an avid fan of sports.  He was a team member in Junior High and High School, he coached a regimental team during World War II, he went to college to become a Physical Education Teacher and Coach, he had a great career in coaching, he is a member of the Michigan High School Coaches Association Hall of Fame, he played on many recreational sports teams and even continued coaching after retirement.

He is a Detroit Tigers fan having attended many of their games starting with his first at Navin Field.  He roots for the Detroit Lions, even when that isn't the easiest thing to do.  He attended many of his grandchildren's sporting events and when my son, Travis, was growing up they would sit at the dinner table and discuss sports.

In honor of my Dad's 90th birthday, today, I thought I would share what was going on in the world of sports in 1925.

These events all took place the year my dad was born. My dad has many memories over the years of other sports events.  He has many memories of growing up and loving sports.  He remembers the first baseball game that his Uncle Art took him to.  I am thankful he has shared his passion of sports with his family and captured many of the stories in his autobiography.