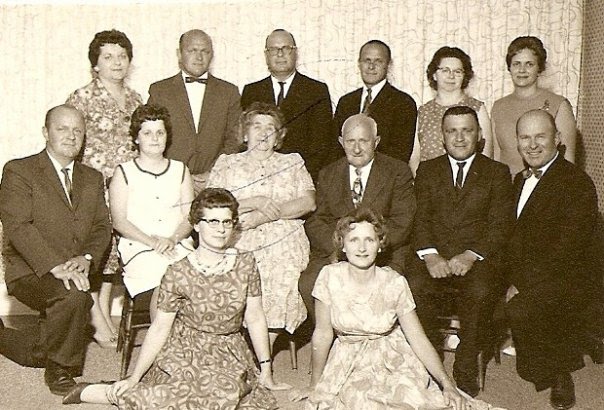 The above picture of the Fredricks siblings was taken at the home of Kathryn Fredricks Tritten, in Brethren, Michigan, sometime in the 1960's.  I remember being there as a professional photographer came to the home and set up to take the picture.  I have always admired my grandmother for raising 12 children.  In addition, she took in some of her grandchildren from time to time.  Her home was open to anyone who needed it. 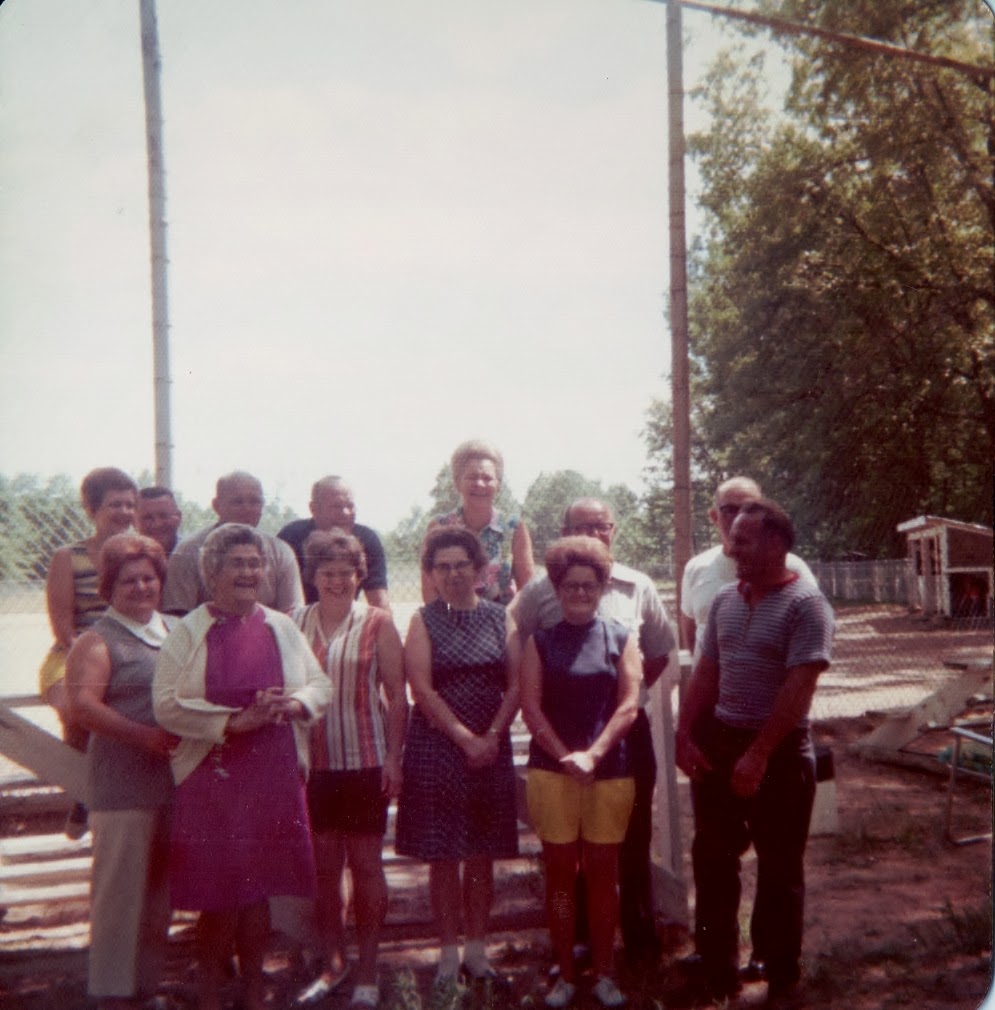 It wasn't often that the 12 siblings were able to get together all at the same time, but this picture was taken in June of 1973.  It was taken next to the ball field at Brethren Park, in Brethren, Michigan.

You may notice the spelling of Richard's last name.  No, it isn't a typo.  Richard's birth certificate has the spelling of Fredricks as F R E D E R I C K S.  He is the only one of the twelve who uses that spelling.
Posted by Brenda Leyndyke at 1:23 PM