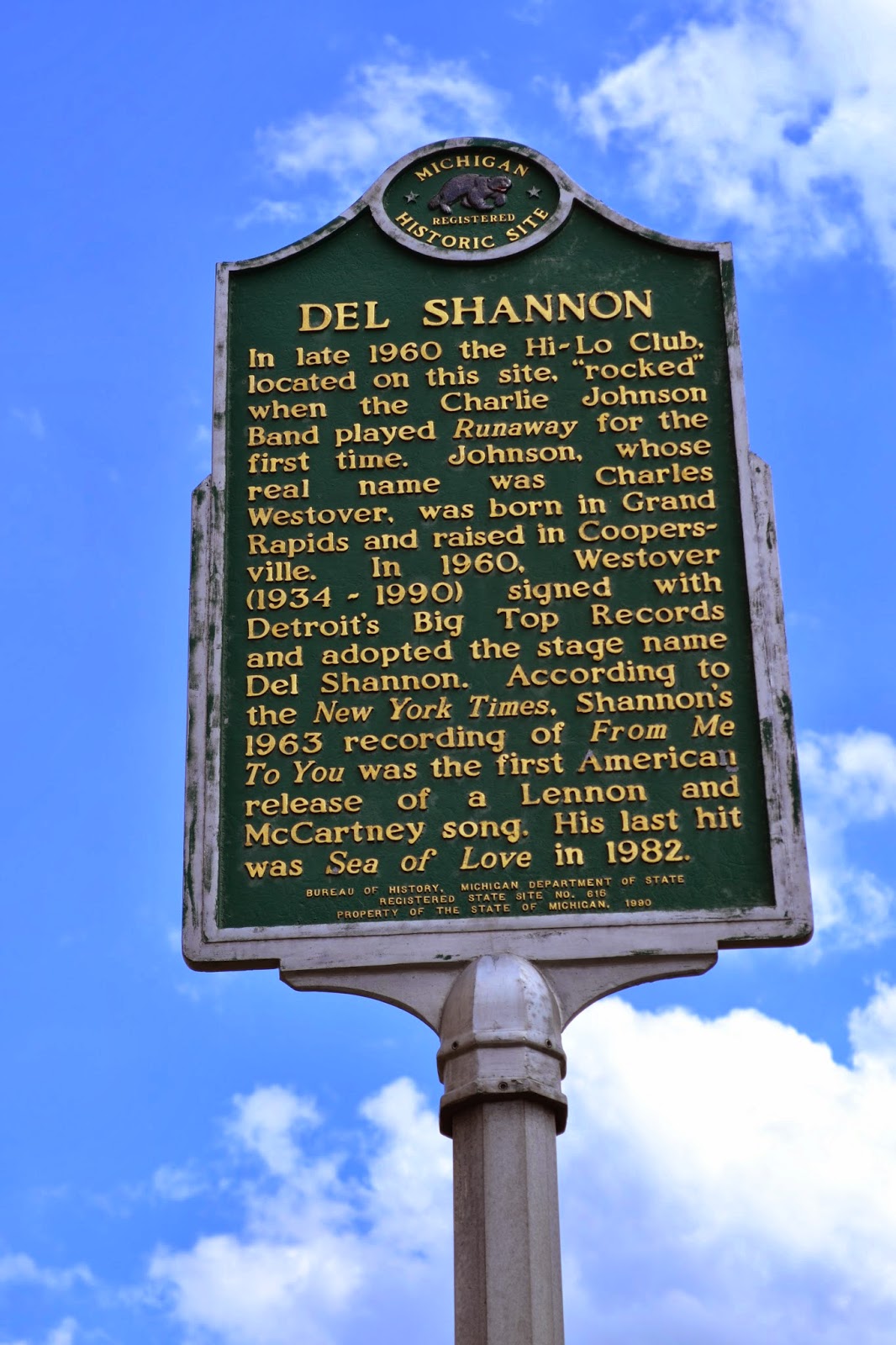 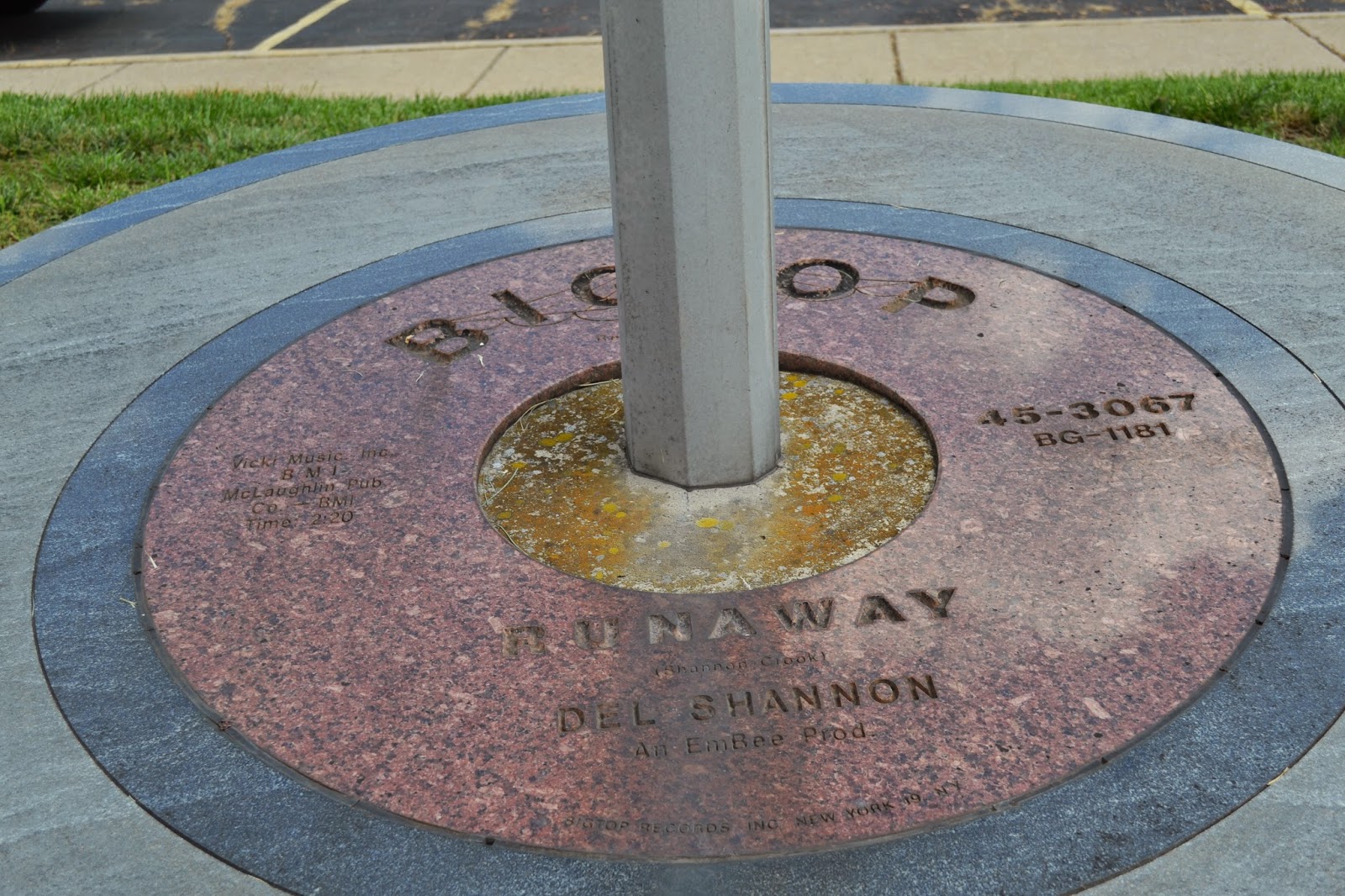 The city of Battle Creek is known for its' cereal history, but did you know that Del Shannon played his hit song, "Runaway" in Battle Creek for the first time?

Charles Westover, aka Charlie Johnson, completed his service in the Army and settled in Battle Creek, Michigan working as a carpet salesman and truck driver.  He found part time work as a musician at the Hi-Lo Club in Battle Creek.  Westover eventually took over a band and became Charlie Johnson.  It wasn't long before he was noticed and signed to the Big Top label.  It was at this time that Charlie Johnson became Del Shannon.

The Hi Lo Club is no longer in existence in Battle Creek, but it was located on Capital Avenue in downtown Battle Creek inside the LaSalle Hotel.

The marker above is at the original site of the Hi Lo Club.  It is a Michigan Historic Site.  Now you know that Battle Creek is known for more than its' flakes, cereal flakes, that is.

Posted by Brenda Leyndyke at 6:55 AM