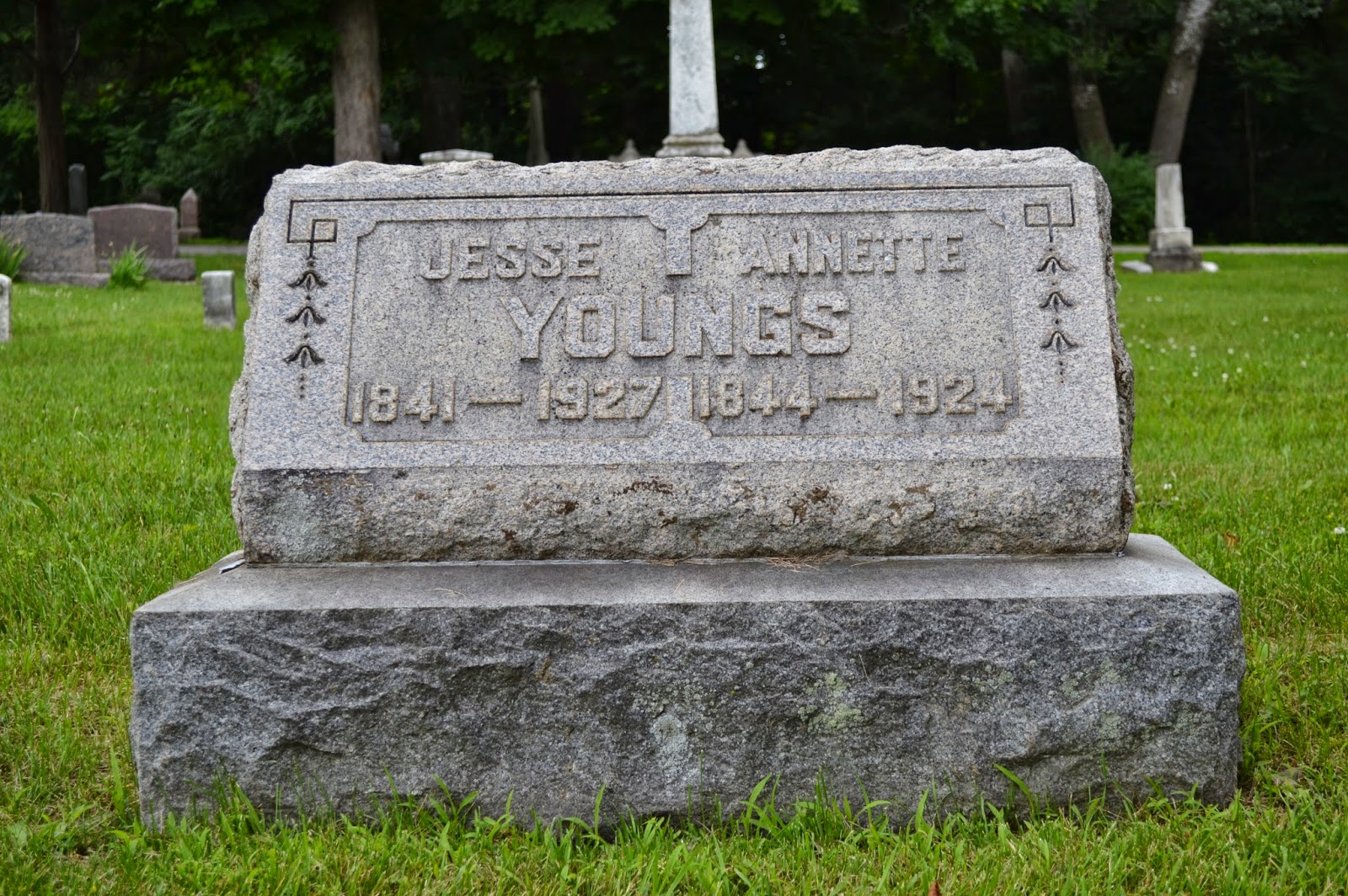 Union-Udell Cemetery is located in Ypsilanti Township, Michigan.  It is the burial place for many of the Youngs family.

Jesse Youngs died 23 January 1927 in Highland Park, Wayne county, Michigan.  He and Annette had been married over sixty years at the time of Annette's death.

Annette Youngs, nee Glover, was the daughter of my third great grandparents, Samuel Stillman Glover and Vinera Eglantine Powers.  Her given name was Harriet M.A. Glover, but she went by Annette most of her life.

According to her death certificate, with her husband Jesse being the informant, Annette was born 17 March 1844 in Michigan.  She married Jesse Youngs on 13 December 1860 in Canton Center, Michigan.  Annette died 14 August 1924 in Ypsilanti, Washtenaw, Michigan.

Jesse and Annette Youngs death certificates are now available at seekingmichigan.org in the Death Records, 1921-1947 Collection.
Posted by Brenda Leyndyke at 11:54 AM