The Gift of an Autobiography-Hoover Elementary School

The first part of my dad's autobiography and his elementary years ended when he was in 2nd grade. I pick up the next part of his story starting with third and fourth grade. The words below are my father Bruce Glover's. 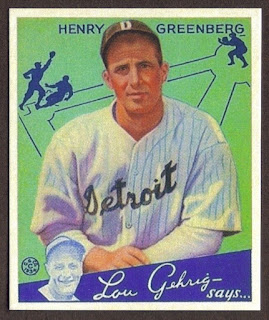 "...When in the 3rd and 4th grade I collected every baseball card I could get my hands on and read the sports page regularly on anything pertaining to baseball.  At one time I could name the starting lineup for every team in the American and National Leagues of which there were eight teams in each League. One of the men’s softball players, of which I attended their games, I believe made some money from my baseball knowledge as he would point to me sitting on the bleachers and say, “see that little kid over there I bet you can’t stump him on a starting player for any major league team.”  He might want to know who the starting centerfielder for the Philadelphia Phillies and without blinking an eyelash I would spit out Richie Ashburn. 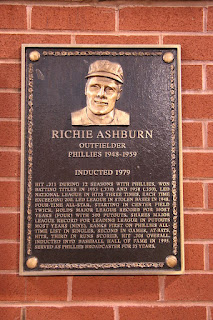 I believe I was an above average student in grade school and never seemed to have any problems with classes, except for music. I can remember my teacher, Miss Morris, taking me aside in music class one day and telling me I couldn’t sing a lick, but because I tried so hard, she was going to give me a C. Every recess I was out on the softball field and in later elementary played every chance I got. A couple of memories stand out from those days. I was playing shortstop one day at recess and turned around to look at something on an adjoining field when I heard the crack of the bat and whirled around just in time to catch a line drive squarely in the face. I had the biggest and blackest shiner you ever saw. After getting first aid in the office, I returned to class and used my good eye the next couple of days. However, the next recess that same day, I was first out to get in the softball game much to the amazement of the other kids and my teacher.

Another time on the softball field an opposing batter hit a foul among where a bunch of girls were playing. I went over to get the ball and Betty Crowell, a classmate, had the ball and I beckoned for it, she faked throwing it to me and after the third such time I blurted out “god dammit Betty” throw me the ball.”  That proved to be a boo-boo, as she reported me to the office, and Miss Long, our 250-pound principal, who scared me just to look at her, called me in, pulled out her favorite weapon, a three-foot piece of rubber hose, and whacked me a couple of times. I never came close to being called into that office for disciplinary reasons again. A sequel to that is when I got home that night and my dad found out about it, he took me out to the woodshed and took his razor strap to me. This was the only time my dad ever had to whip me and years later Mom told me Dad came into the house with tears in his eyes for having to spank his little boy." 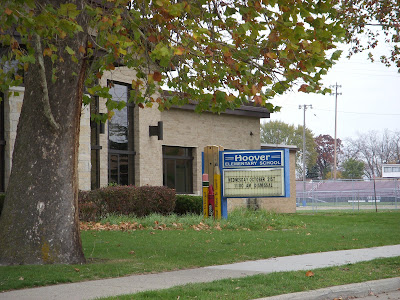 My dad's love of sports shines throughout his autobiography starting as a young boy in Hazel Park, Michigan. The elementary school my dad attended was Hoover Elementary School, Hazel Park, MI.

Can you imagine the sports history my dad saw in his life? He saw Babe Ruth, Lou Gehrig, and his favorite ball player of all time, Henry 'Hank' Greenberg play. He grew up in a great time.

Posted by Brenda Leyndyke at 12:54 PM