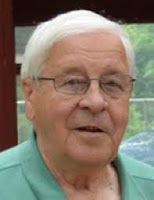 Les was raised in Kaleva, MI and went on to serve in the Army National Guard in the late 50’s.

His life revolved around his family and work.   He owned and operated Leslie Leasing in Bellaire for many years as well as multiple other companies from Bellaire to Kaleva and in between. He held memberships at  Bethany Lutheran Church in Kaleva, Hope Lutheran Church in Bellaire, Lions Club in both Kaleva and Bellaire as well as the Chevrolet Dealer Counsel.    He and Jean loved to travel and covered most of the world in their 64 years of marriage.

He was preceded in death by a son Mark Leslie Kaskinen, a sister Ila Wuorinen, Brother Norman Kaskinen and his parents.

Visitation will be on Monday, March 1, 2021 from 5-7 p.m. at the Bellaire Chapel of Mortensen Funeral Homes.

Funeral services will be private at the Hope Lutheran Church in Bellaire with Pastor Wade Seaver officiating.

Burial will take place later in the spring when weather permits at Maple Grove Cemetery in Kaleva.

Arrangements are being handled by the Bellaire Chapel of Mortensen Funeral Homes.

The above obituary is for my Uncle Les. He was married to the youngest sister, Norma "Jeannie" of my mother. He split his time between Central Lake, Michigan and Texas, where his daughter, Rhonda, lived. He became ill in the Winter of 2021 and never recovered. Rest in Peace, Uncle Les.

Posted by Brenda Leyndyke at 8:14 AM