David Watt
is my great grandfather on my dad's side. David's daughter, Sarah Lilla Watt, is my grandmother. 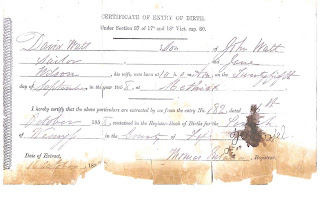 David Watt's Certificate of Entry of Birth
Contained in the Register-Book of Births for the Parish of Wemys in the County of Fife, Scotland 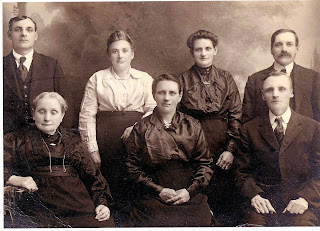 David Watt was one of eleven children born to John Watt and Jane Wilson. John Watt is listed as a sailor on David's birth record, in 1858. When David's sister, Mary, was born John Watt's occupation was listed as flax dresser. The year was 1876.

David Watt's son, Burton, told the story of David's immigration. He thought David immigrated to Canada with his Uncle Wilson and five other boys, in 1874. They went to work for the Canadian Pacific Railroad. David became a train engineer. David's Uncle Wilson moved to Marquette, Michigan to take a master mechanics job on a young railroad called the Duluth, South Shore and Atlantic (DSS&A). David came with him and worked for the DSS&A railroad as an engineer.(David's census records give the date of immigration to the United States in 1879, 1880, and 1881.) His train route went from Marquette, Michigan to St. Ignace, Michigan. 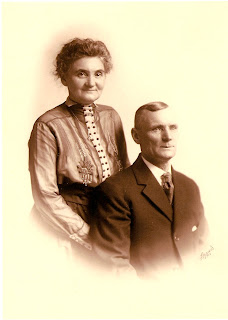 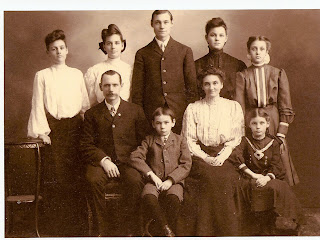 The David and Katherine Watt Family

In 1914, David was involved in a very serious train accident at the Trout Lake Station in the Upper Penisula of Michigan. The Soo Line and the DSS&A tracks crossed at right angles, right at the Trout Lake Station. The trains were supposed to stop 400 feet short of the crossing and blow the whistle four times. David did this, but the other train didn't stop. After he had started up again, he saw the other train and tried to stop in time. When he realized he couldn't make it, he told the fireman to jump out. The fireman did, urging David to jump, too. David didn't jump, he stayed with the train and tried to stop it by applying the brakes. The cab of David's train was hit by the other engine. David (to be continued) 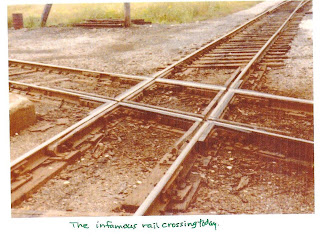 The rail crossing of the Soo Line and Duluth South Shore and Atlantic at Trout Lake Station, Michigan.

Thank you to Judith Watt, Cousin Judy, for sharing the pictures on this post.