Did you ever send a letter to Santa? Did you ever visit Santa and “make a list?” Do you still believe in Santa Claus? 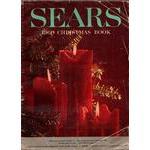 One of the best days of the year was when the Sears Christmas Catalog arrived in the mail.  I remember my sister, Linda, and I combing through it and oohing and aahing over the cool things.  The sparkly Barbie clothes, a Barbie Dream House and beautiful jewelry were always drooled over.  I would start my list to Santa from this catalog.


After my list was complete I would anxiously wait until Santa came to town and we could go visit him.  One year, I was 7, we went to the Village Hall to see Santa.  I was ready, I had my list in my head.  I sit on Santa's lap and notice his wedding ring.  Where had I seen that before?  I remember it looking familiar to me.  Next, I noticed his white eyebrows.  Weird, they look painted on.  I told Santa what I wanted and went on my way believing I would get at least one thing from my list.  Santa had been pretty good to me in the previous years.

Later that day I was playing at home and the doorbell rang.  I don't remember if I answered the door or not, but I do remember standing at the bottom of the stairs and coming to the realization that the man at the door was Santa!  He didn't have his Santa suit on, but there were those stupid painted eyebrows!  And now I knew why the wedding ring looked familiar.  The man at the door was a friend of my dad's.  My dad taught high school and this man was a teacher, too.  It was at that moment that I knew there wasn't a Santa Claus.  I remember asking my parents, later, if there really was a Santa.  They were reluctant to tell me, but being stubborn (yes, I admit it) I wouldn't give up and they finally admitted to it.

So, Mr. Wright next time you play Santa, please wash your eyebrows!
Posted by Brenda Leyndyke at 7:00 AM