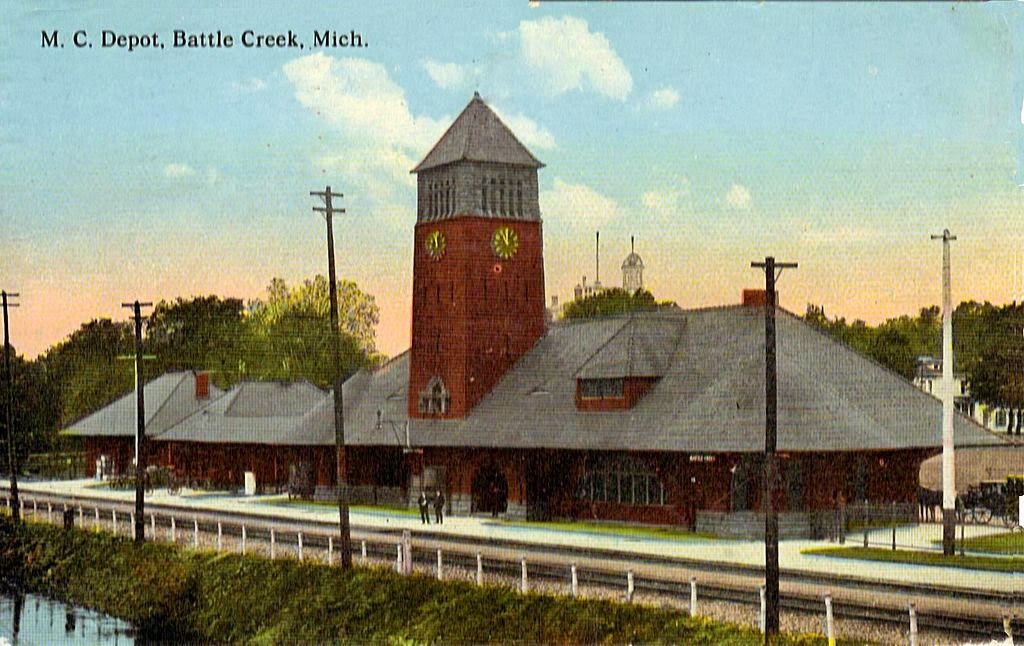 The Michigan Central Depot in Battle Creek, Michigan opened in 1888.  The Romanesque style station remained operational until the early 1980's.  Thomas Edison, Presidents William Howard Taft and Gerald Ford visited the depot at one time. During war time it was heavily used for transporting soldiers who had trained at nearby Fort Custer.

Currently, it is a beautiful restaurant, Clara's on the River.  Clara's opened in Battle Creek in 1992. As you can see from the pictures, much of the charm has been retained.  The red brick exterior with the replicated clock tower rises from downtown Battle Creek.  The interior showcases how much care was taken to restore this piece of Battle Creek history. Original brass lanterns greet one at the entrance, restored white oak ceilings and red oak wood trim are seen throughout the restaurant. The huge fireplace is much as it was when travelers used it to warm themselves. Tiffany style lamps, cozy nooks and antiques showcasing Battle Creek's history adds to the charm of this local favorite. 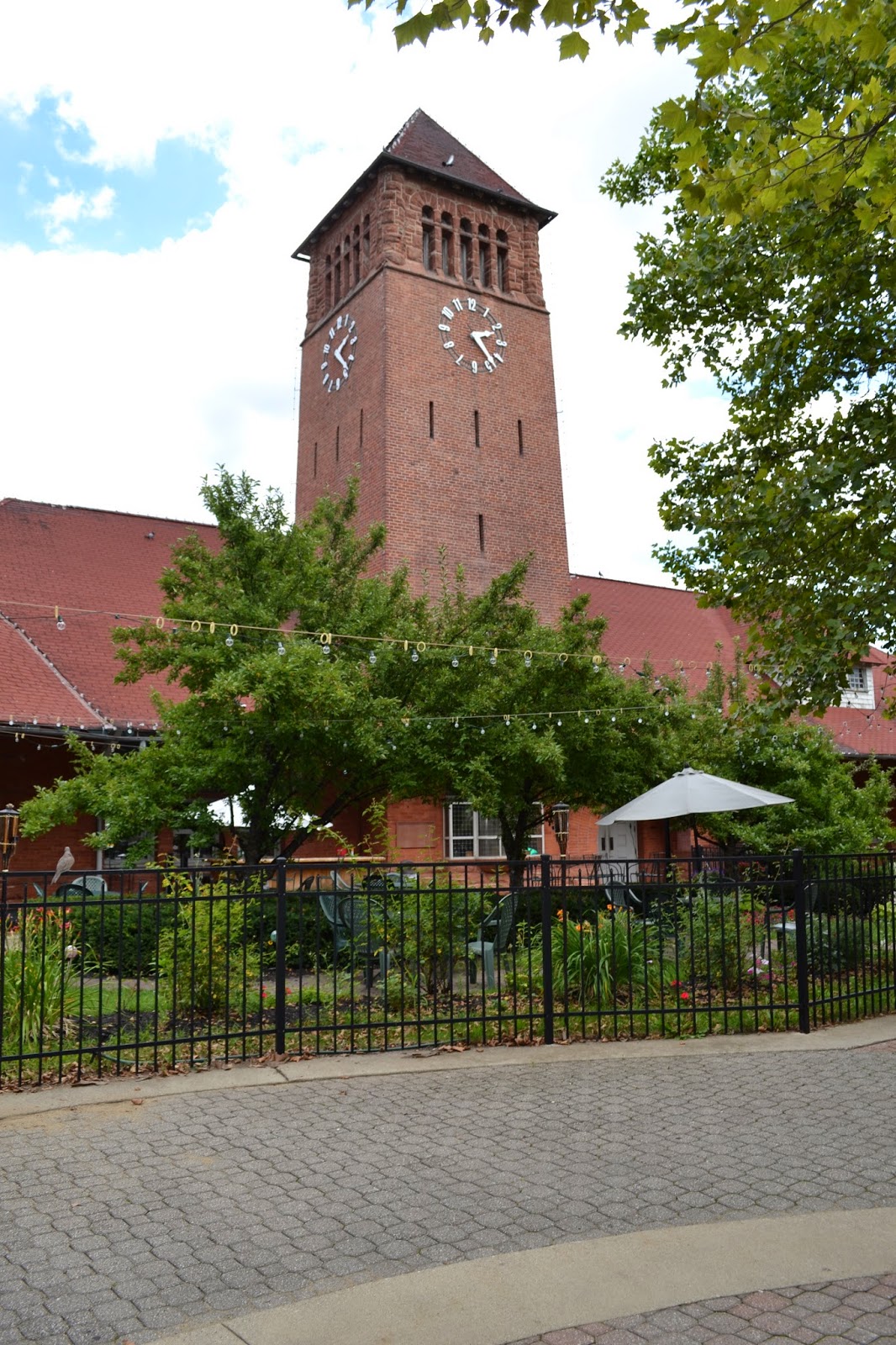 The Clock Tower, looking North.
The tree lined sidewalk is where the original tracks were. 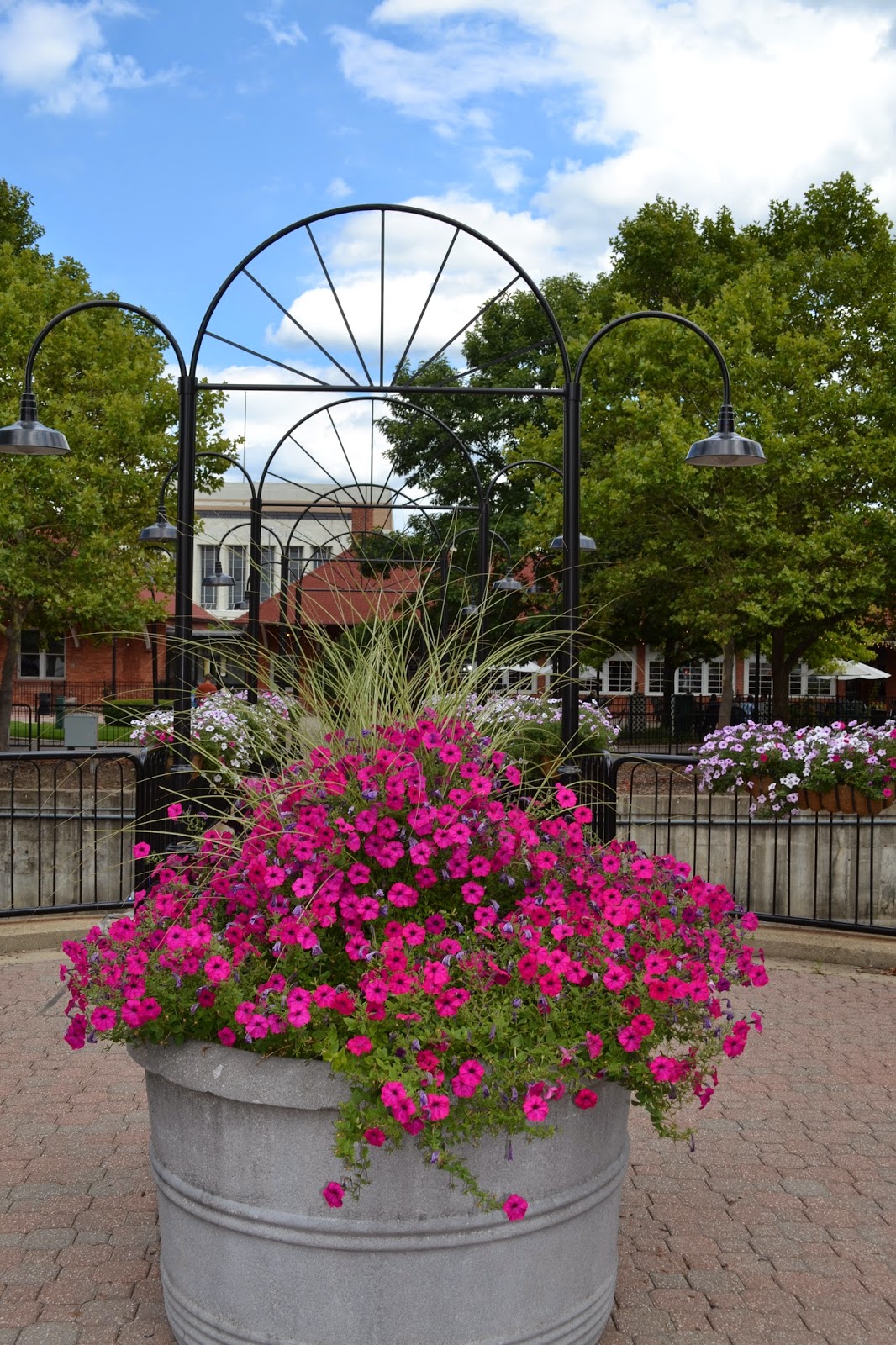 Walk through the arches across the river to Clara's. 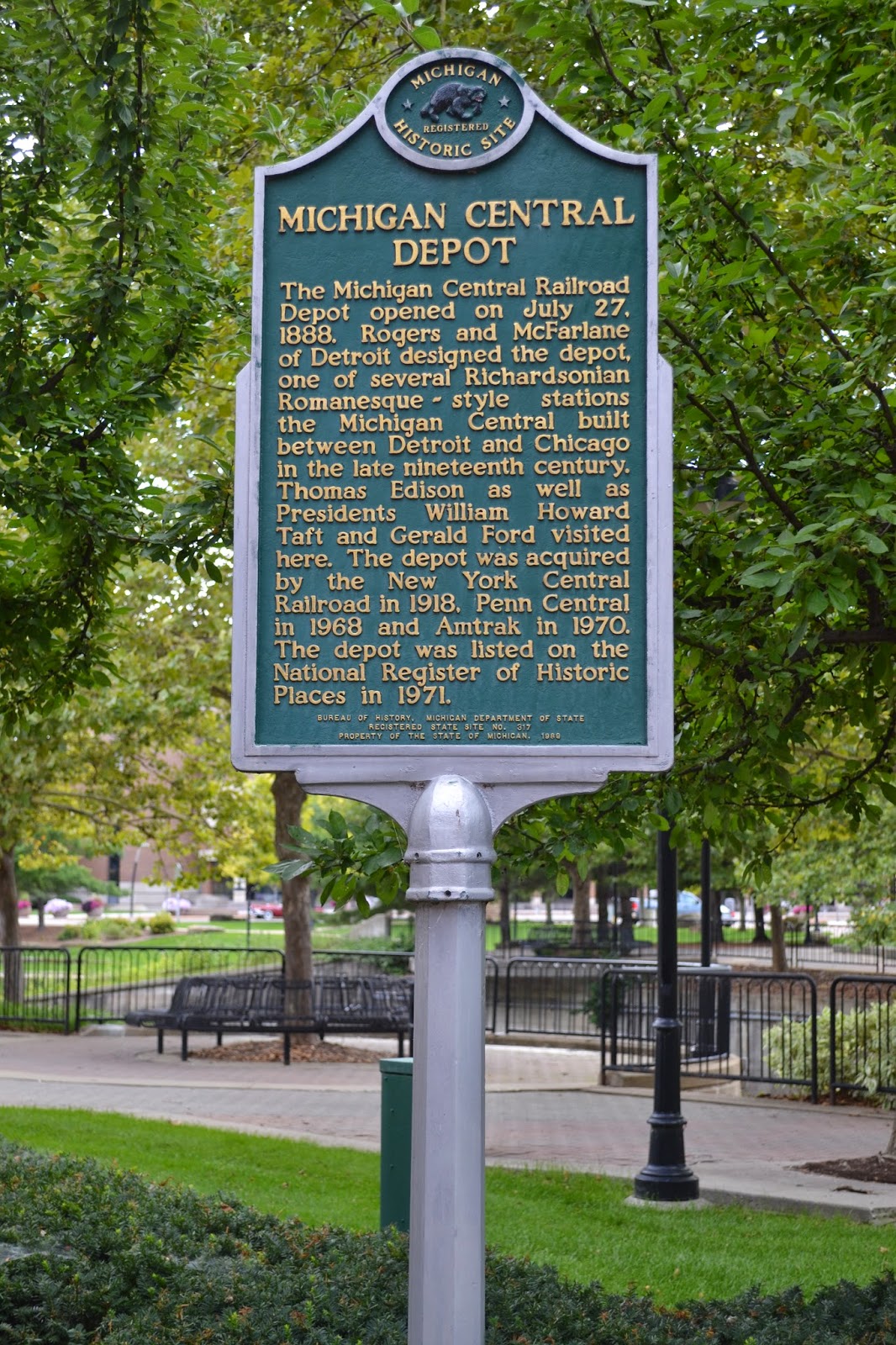 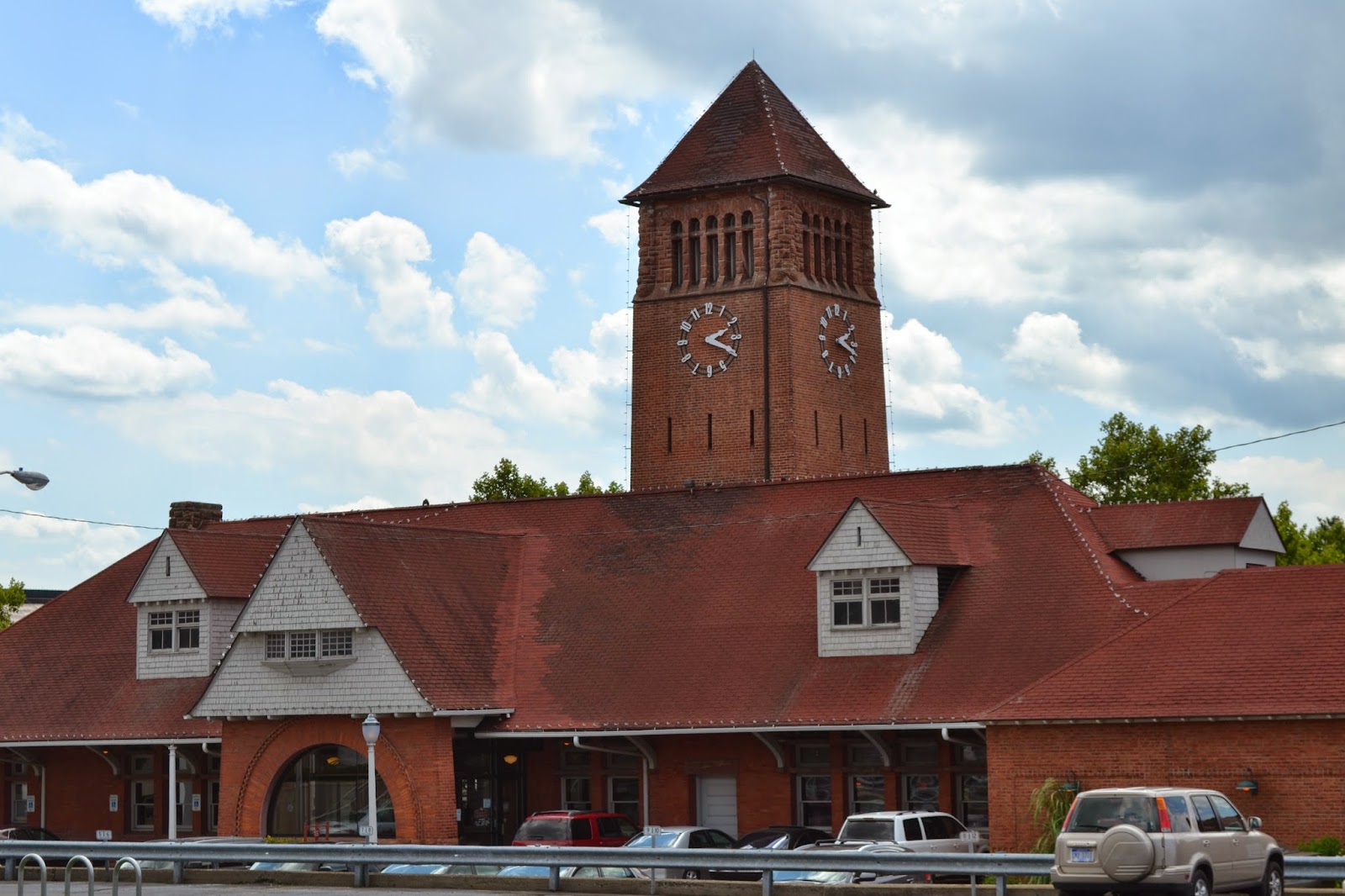 Clara's on the River, looking south.