The tombstone below was found in Vermont Cemetery, Sylvan Township, Washtenaw, Michigan.  It is a small cemetery that is the burial ground for what was known as the Vermont Colony in the Michigan Territory around 1832.  Orlo H. Fenn traveled to the Michigan Territory via the Erie Canal from Shoreham, Addison, Vermont, settling in Sylvan Township, Washtenaw, Michigan.

Orlo H. Fenn, the son of Daniel and Hulday (Rowley) Fenn, was one of the first settlers to the area.  A stone commemorates those early settlers at the entrance to the cemetery.  Orlo H. Fenn died 1 July 1876 at the age of 67 years.  He was a farmer who died of brights disease, a disease of the kidneys. 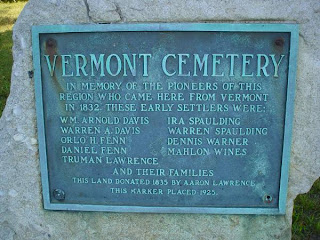 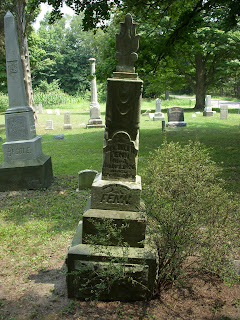 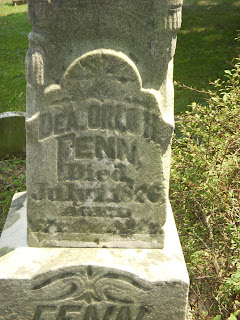