Week 7-Maryland: Genealogy by the States 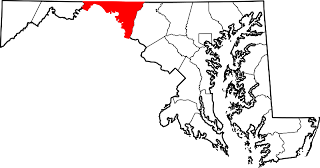 Jim Sanders at Hidden Genealogy Nuggets website and blog has created the Genealogy by the States blogging prompt, suggesting each week we blog about an ancestor or one of our families that have a connection to that state.  This week's state is Maryland.

My ancestors from Maryland include:

Thomas and his wife moved to Steuben county, New York prior to 1814 when he settled land in Wayland, Steuben, New York.

Most of my Maryland research was done at Allen County Public Library in Fort Wayne, Indiana.  They have a nice selection of Maryland resources.  There is a genealogy of the Bowles family by Thomas Farquhar, which I question the accuracy of information in it, so use with caution and verify everything.

Posted by Brenda Leyndyke at 3:17 PM