Too Bad This Wasn't Mine-I am a Glover After All! 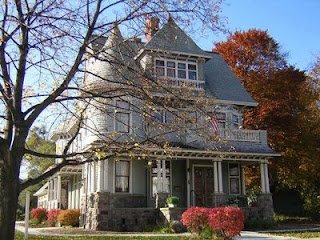 The Glover House can be found at 118 S. Washington St., Ypsilanti, Michigan.  The 3900 square foot home is listed on the Michigan State Register of  Historic Sites.  Charles W. Glover, son of Henry Pierce Strong Glover and Nancy Jane Kishler, is credited with building the home in 1893.

Henry Pierce Strong Glover is my first cousin, four times removed and I am researching him because his mother, Mary Ann Powers Glover and my third great grandmother, Vinera Powers Glover, were sisters.  Their husbands, Charles W. Glover and Samuel Stillman Glover were brothers.  I am trying to determine the maiden name of Mary Ann and Vinera's mother, Lucy.

My research led me to Ypsilanti, Michigan and the Glover House.  Henry Pierce Strong Glover was a well-known personality in Ypsilanti.  He was mayor of Ypsilanti in 1892-93.  Henry died at the Glover House on 21 February 1912.

Today, the home is a private residence that is being restored.  Since I can't claim it as my own, I would love to see the inside of this home and walk in the steps of my ancestors. 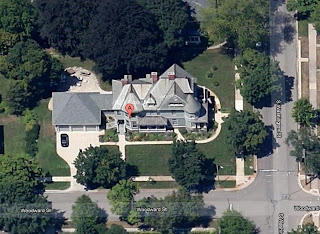 The Glover House as seen from google maps.

Posted by Brenda Leyndyke at 8:10 AM