My father, Bruce Glover, will be 90 years old at his next birthday and I haven't shared a lot of his service records because I am protecting his privacy.  He is like a lot of war veterans of his age and doesn't talk much about his time during the war.

He did keep his packet of military records and I scanned those records and copied a few pictures of his time in the service.  I am sharing those today in honor of Veteran's Day.  I am able to enjoy the freedoms I have thanks to the service of many men and women throughout the years, including my father, father-in-law, nephews, uncles, and cousins.  Thank you to those who served or are serving.

The pictures below were taken during World War II, but my dad doesn't remember the names of the men in the most of the photographs.  My dad fought in the Ardennes Counteroffensive, aka Battle of the Bulge, and suffered frost bite, which he believes saved his life as he was sent to recuperate in hospitals in Liege, Belgium; Paris, France and Birmingham, England . Bill Fisher was a Hazel Park(Michigan) High School classmate of my dad's who was in the Battle of the Bulge too.  The Germans broke through the Allied lines, less than a quarter of a mile from where my dad was in a foxhole, and Bill, serving in another company than my dad's, was taken prisoner. 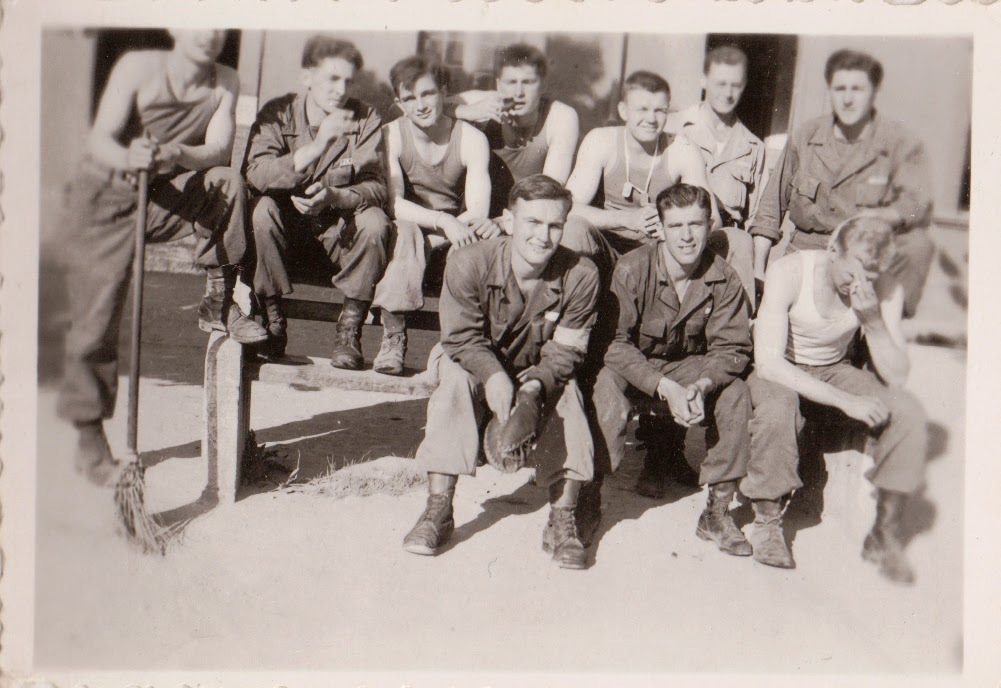 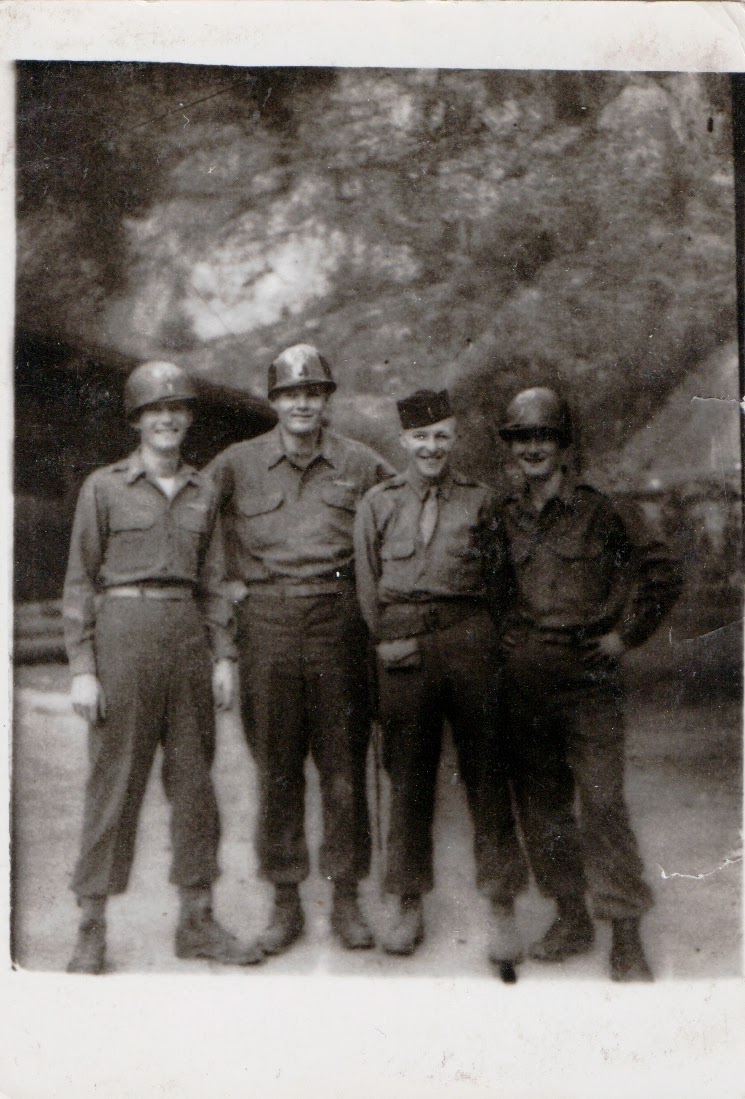 Posted by Brenda Leyndyke at 7:08 AM