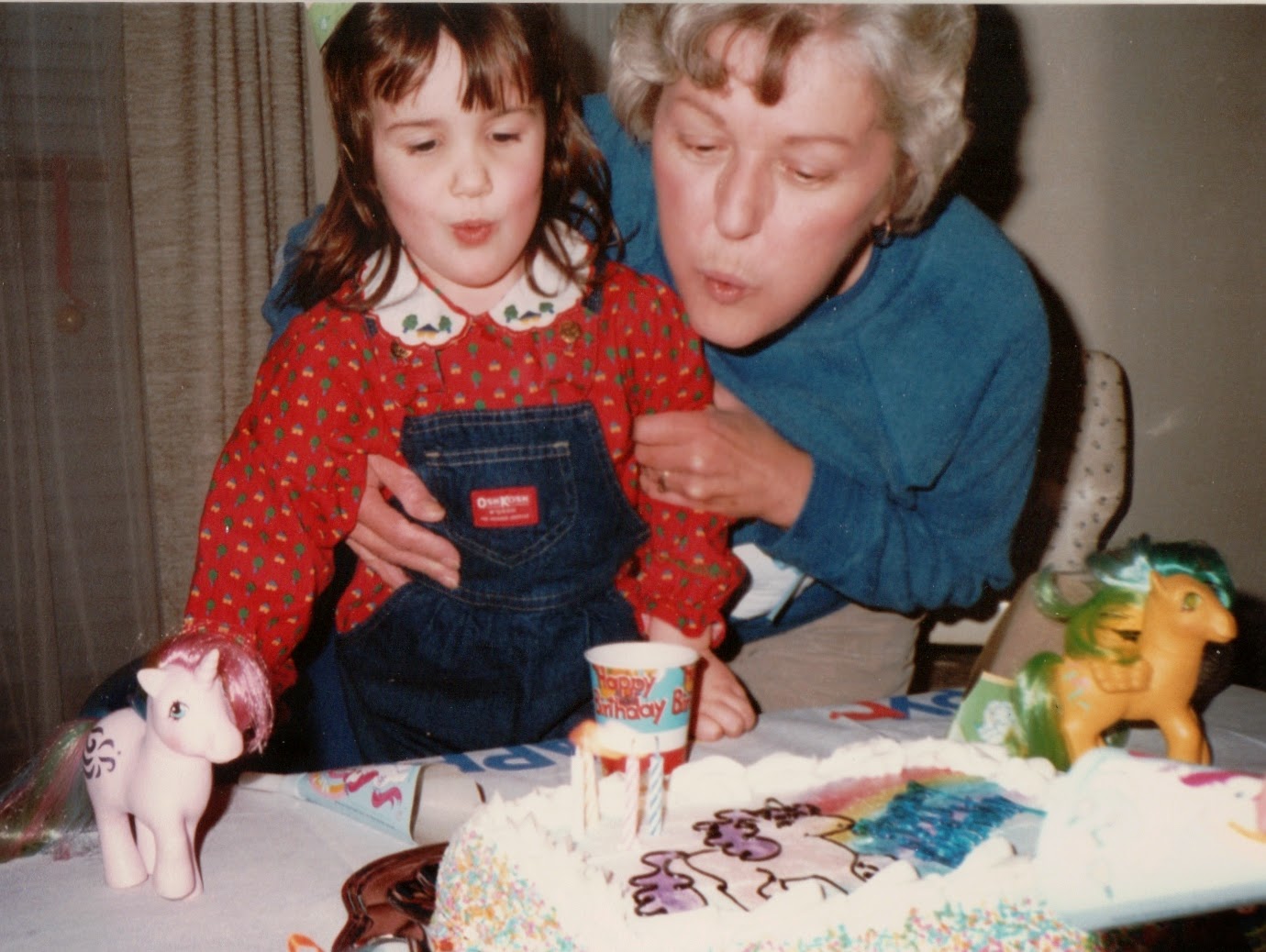 My daughter, Kirsten, celebrated her fourth birthday on 19 December 1987, in Kalamazoo, Michigan, at our home.

Her Grandma and Grandpa Leyndyke,  and family friends, Mary, Drew, Mitchell, and Megan joined Kirk, Travis and I for the celebration.

The picture to the left is of Kirsten and Grandma Betty blowing out the candles of her "My Little Pony" store bought (I learned my lesson on her first birthday!) chocolate cake.  She loved My Little Pony and as the picture shows she had a couple of them. 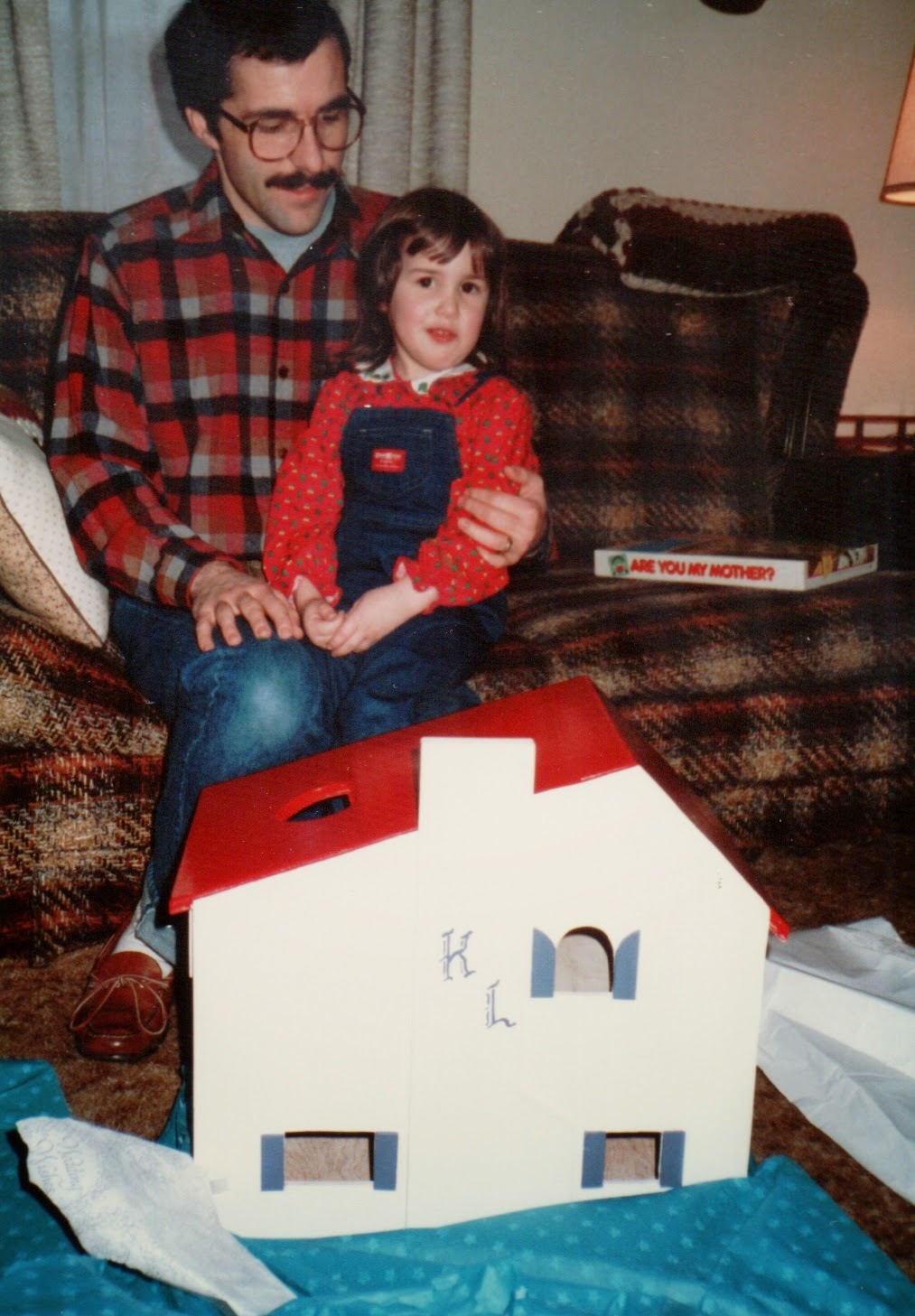 Kirsten played with her friends, enjoyed the cake, and opened presents.  The presents she received that day included a doll house handmade by her Grandpa Leyndyke, which we still have. She played for hours with that dollhouse.  It was a house for her little felt covered bears.  Kirsten and I decorated the inside of the dollhouse with flooring and wallpapered walls.  We would have fun rearranging the wooden furniture and playing house.

She received a Cinderella doll.  Disney re-released the Cinderella movie and Kirsten fell in love with Cinderella.  The doll came with a dress that was tattered just like the movie, and one that was a blue ballgown.

She got a subscription to the magazine, Your Big Backyard, which is no longer being published.  Every month when the magazine came, Kirsten would love to look at the animals and do the activities in the magazine. Kirk or I would sit down with her and go through the magazine.  Travis would be included but he wouldn't sit for very long as he was only 11 months old. 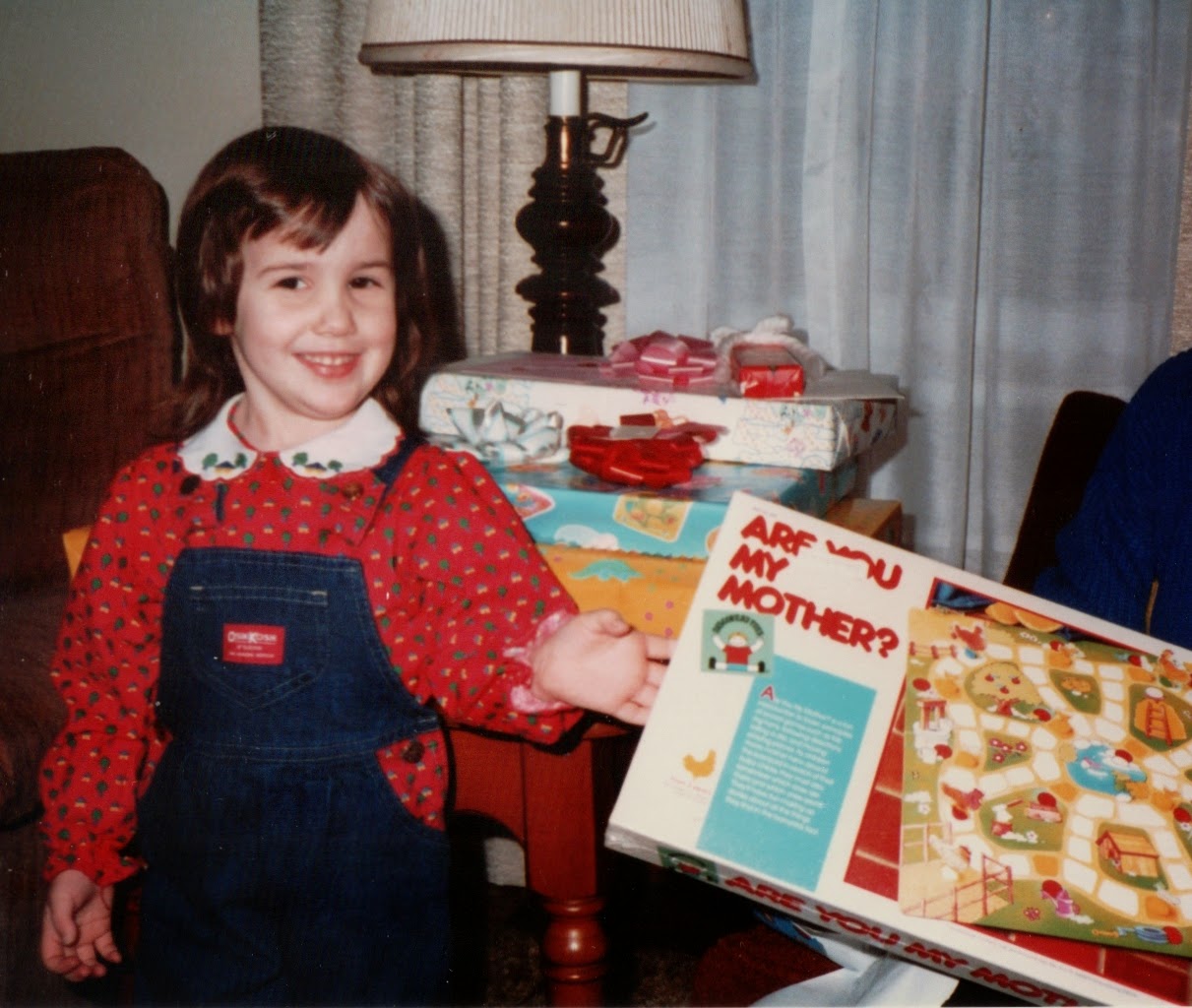 Another gift she received was  "Are You My Mother?" game by Discovery Toys, which had great toys.  You purchased them by going to home parties.  Cardboard chicks on a magnet base needed to be found by their mother. The chicks are hidden around the board and when a mother chick comes to the chick's space, either the chick will cling to her or won't be able to cling to it, revealing which mother is the one. First player to collect three chicks and return to home is the winner.  This was a fun game to play with Kirsten and later, Travis.  I think this was the beginning of our game buying days.  We would play many games together throughout the years and still enjoy playing games when we get together as a family.

I have been writing birthday posts each year and I enjoy the little trip down memory lane.  It is amazing what one remembers from looking at pictures.  My memory was jogged by the short paragraph I wrote in her baby book.  I hope you enjoy a peek into Kirsten's birthday.  If you want to see other Kirsten's birthday posts, click below: