My Ancestral Connection to A Storm of Witchcraft by Emerson W. Baker 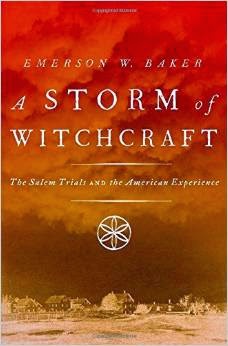 My interest in the Salem Witch Trials began after the Sarah Jessica Parker episode of  "Who Do You Think You Are?"  Ancestry sent an email that had a list of additional research sources for the episode. One I checked was the University of Virginia's library and their transcripts of the court records of the trials. 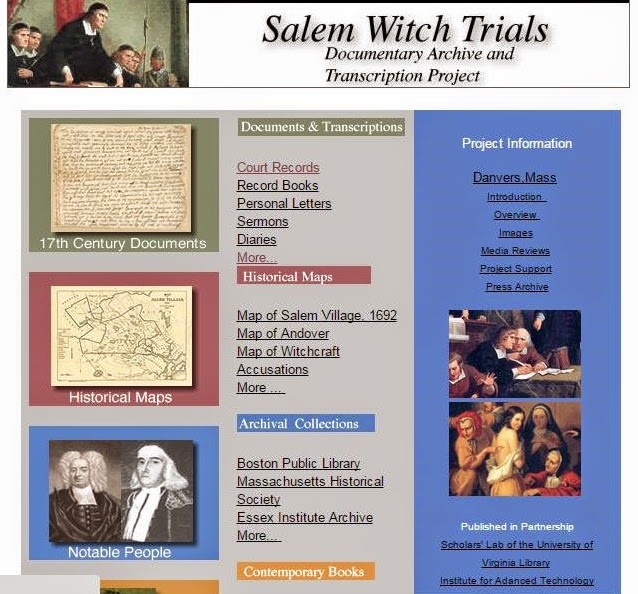 I decided to look over the names of those involved in the trials and discovered that my eighth great grandmother, Mary Clements Osgood, was one of the accused. This was the first indication that I had an ancestor involved with the trials and to find out one confessed to being a witch surprised me.

Of course, I was a little excited as it meant I could research this part of my ancestry. There was no better place to research from the comfort of my home than the resources of the University of Virginia.  I immediately emailed my sister and she thought it was cool.  Her other comment was "don't tell our husbands!"

I scoured the library website and gleaned as much information as I could about Mary Osgood, but it wasn't until I read "A Storm of Witchcraft-The Salem Trials and the American Experience" by Emerson W. Baker that I truly understood the times which she lived and the hysteria surrounding the trials.

My local library didn't have Baker's book so I asked my daughter, who lives in Chicago, to pick it up for me from her library.  She brought it home when she came for Thanksgiving.  I sat down to read it Sunday night and I was engrossed.  I read it in three days.

Originally, I wanted to read it to see if Mary Osgood was mentioned, which she was, but reading it took on a entirely different meaning as I read through this wonderful book.  Baker weaves the history of the time with the relationships those involved in the trials had.  There were many circles of the accused and Baker goes into detail on these circles. He explains the causes leading up to the trials and the turmoil the trials created.

Confessions were coerced by various barbarian methods, such as being forced to stand with arms outstretched with heavy shackles attached that eventually caused convulsions; having their neck and heels tied together until blood gushed from their nose; and in one case having heavy material placed upon their chest, crushing one. Those imprisoned were subjected to endless interrogations, sleep deprivation and strip searches.

Mary Osgood was a resident of Andover, Massachusetts.  Her husband, John Osgood, was a captain in the Andover militia, which as Baker explains was one of the reasons she was accused.  Most of the witches accused from Mid July to September 2, 1692 came from Andover. 45 Andover residents were accused and all but six confessed.

The story written by Baker is a fascinating one in itself, but he enriches the work by appendices and notes.  Be sure to read these.  Baker includes a list, compiled by Margo Burns, that lists each person and the elements of the trial which they endured. In Mary Osgood's case she went through examination, imprisonment, grand jury or indictment, jury trial, and restitution.  No complaint or arrest, no conviction, and no execution took place of Mary.

The notes provide numerous other sources, which I plan to check out, and are an important part of the book.  I highly recommend reading this well researched, thorough examination of this period.

I will leave you with one quote which sums up why I liked this book so much, Baker states, "Historians often dismiss the importance of genealogical research" and Baker uses genealogical research to explain what was happening during this tumultuous time in American History.