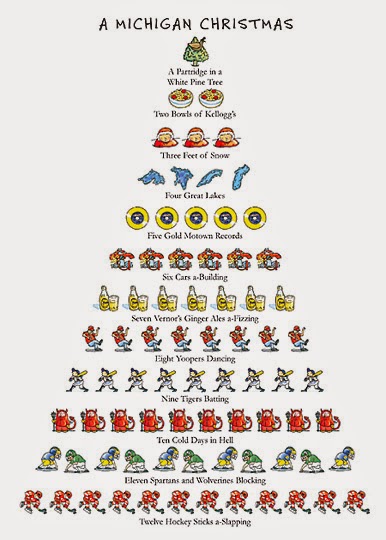 The card above is the one that I sent to people on my card list this year.  It is the 12 Days of a Michigan Christmas.  I wanted to share it with my readers and wish everyone a very, Merry Christmas from Michigan.  If you aren't sure what each one means, here is a cheat sheet.

Posted by Brenda Leyndyke at 9:39 AM

Email ThisBlogThis!Share to TwitterShare to FacebookShare to Pinterest
Labels: Michigan