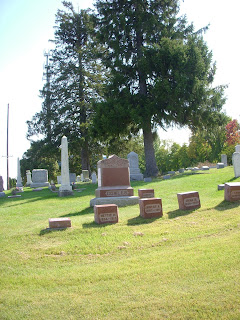 Dubois Cemetery, Battle Creek Michigan
Dubois Cemetery, a Battle Creek city owned cemetery, on the south side of Battle Creek is named after one of the first settlers to the Battle Creek area, Peter Dubois. Peter; his wife, Sally; and three children arrived to the area in 1836, one year before Michigan became a state.  Peter, a Saratoga county, New York native made his home on the property which is now the cemetery.

Dubois Cemetery was part of Battle Creek Township until the city annexed the township.  This area is known as Lakeview, within the city of Battle Creek, and many of the early Lakeview settlers are buried here.  Names such as Willard (of library fame), Minges, as well as Dubois and about 500 others can be found buried here.

Below are a few of the headstones from Dubois Cemetery. 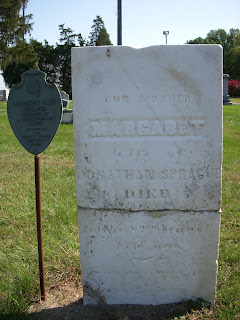 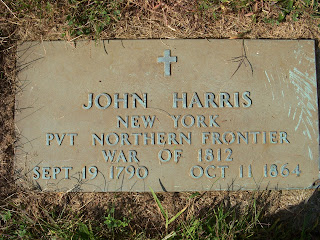 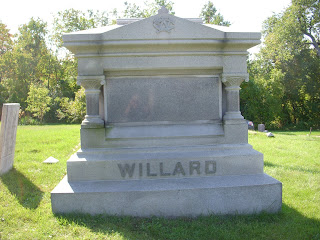 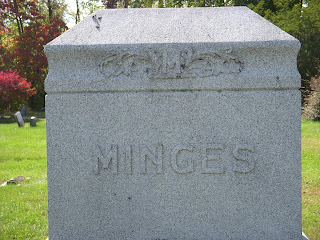 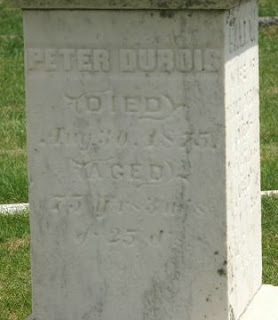 The Find a Grave page for Dubois Cemetery is here.

The Michigan Tombstone Transcription Project for Dubois Cemetery is here.
Posted by Brenda Leyndyke at 8:01 AM