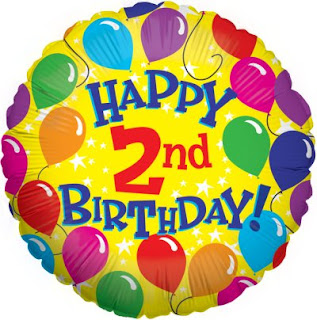 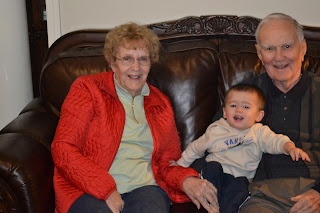 Lord Stanley with his Grandma and Grandpa

One of the highlights of 2014 was when my husband, Kirk and I, drove my parents to Alabama to see Lord Stanley and his family, this past December.  I hadn't seen him since he was four months old.  I had so much fun.  I have always enjoyed the 18 month old age. Lord Stanley prefers interacting with men and he enjoyed his time with Grandpa and my husband.  I did get to play a little with him.  He likes trucks, balls, and trains. 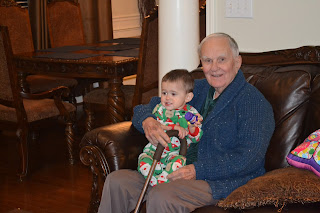 One way to get him to sit on your lap-let him have the cane.

Lord Stanley enjoyed trying to get his Grandpa's cane.  He would see it and go right for it. Always, with the cutest grin on his face.  He even crawled under the end table to try and sneak up on it. Grandpa was too quick for him as Grandpa saw the table move.  The other thing he liked to do was to sit in his Tonka Dump Truck and be pushed around the house.  Kirk was on truck duty a couple of times.  Lord Stanley would be pushed from the living room to the kitchen to the dining room and back to the living room in a circle.  He loved it. 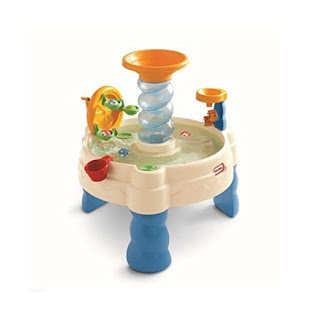 Lord Stanley is a bit of a neat-nick!  If he saw a piece of fuzz or paper on the floor he would pick it up and take it to the waste basket.  My husband and I joked about getting him a janitor play set for his birthday, but we didn't.  We went with a Little Tikes water table, instead.

Lord Stanley has a playful disposition.  He would go over to my brother's speakers and look at my brother with the biggest grin and try to pull the front off of it.  If he did get the front off he would laugh.  It is fun being an aunt and not being the one to make him behave.

Here are a few of the precious moments Lord Stanley had over the past year.  Happy 2nd Birthday, Lord Stanley! 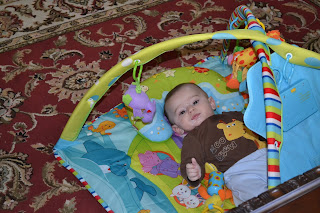 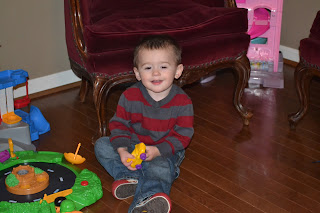 This time I saw Lord Stanley, walking and 18 months old. 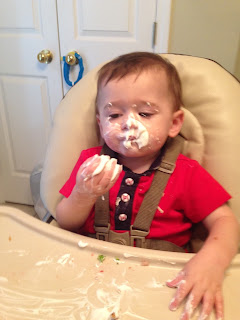 Lord Stanley is a great eater and loves whipped cream. 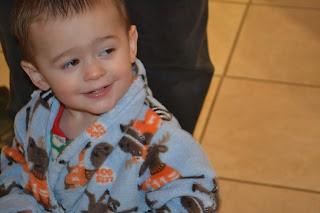 Up early and smiling, he is one happy little guy. 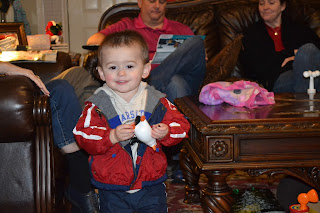 Another great smile, I sure do miss this little guy. 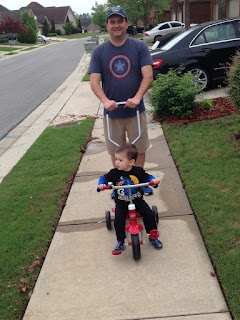 Hmmm! I wonder where Lord Stanley gets his looks from? 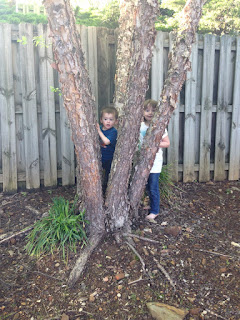 Peek a Boo!  Lord Stanley and his sister, Cutie Pie 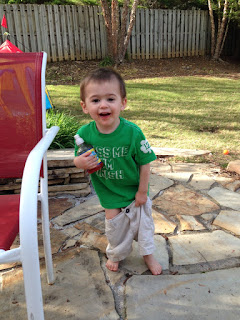 No words are needed!

(Lord Stanley and Cutie Pie are nicknames I have chosen to use for my nephew and niece on this blog to protect their identity at such a young age.)
Posted by Brenda Leyndyke at 7:55 AM