You Know You Are the Family Historian When...

Finally, my family knows how crazy I am about genealogy.  I have irritated questioned them enough that they now know who to share their pictures and stories with- ME!!

My Uncle Richard turned 90 in May and his family gave him a surprise birthday party, which I attended.  A couple of days before the party my cousin, Jamie, posted on Facebook to bring my computer because he had pictures to share with me.  You don't have to tell me twice, the computer was in the car.  Plus, I transferred the family pictures that I had to a flash drive to share with him. Afterall, I am not a selfish person.

Jamie was one of the first people I saw when I got to the party and he had his tablet up and running and showed me some of the pictures he had scanned.  I hadn't seen a lot of them.  He, too, had put the pictures on a flash drive.  We exchanged flash drives and I was one happy party goer!

The pictures that Jamie had scanned were from his grandmother's house, Kathryn Fredrick Tritten Puryear Pihl.  My Aunt Kate. Jamie had been spending time at his parent's house while his father was ill and would scan pictures.  He said they were in a big box.  I think we can all imagine the big box, I have one here that I need to go through from my mother's house.


I am in the process of sorting and identifying the pictures.  I have shared some on the Fredricks Genealogy page and with my cousin, Nancy, in California.  They are all wonderful treasures that I am thankful to have.  As you can see it pays off to be known as the family historian, aka the crazy one!

I am thankful to be known as the family historian and if any other cousins want to share their family pictures with me, I will gladly accept them.

Here are a few of the pictures I have identified and think are special. 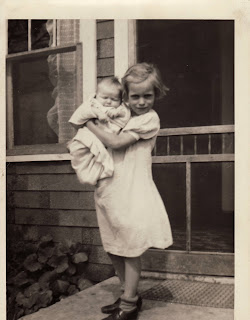 My mother, Audrey, holding not sure. 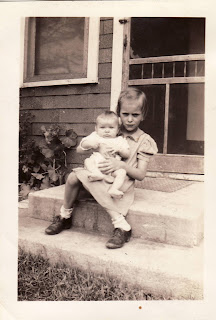 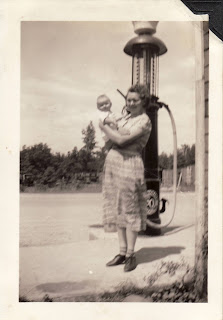 Aunt Lola and baby in front of old gas pump. 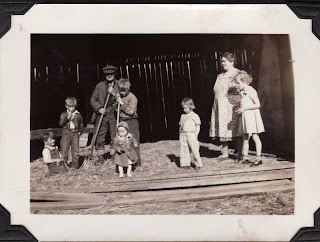 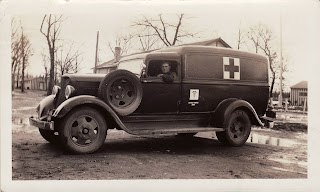 Harold Fredricks at camp on Lake Eleanor in Brethren, Michigan 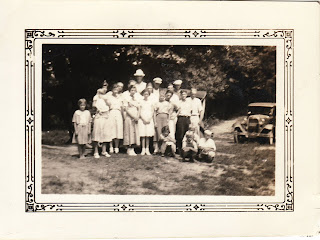 I am still working on identifying everyone.  The tall one in the white hat is Valentine Graf. 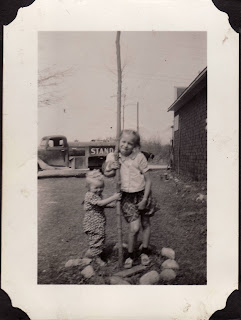 Kathryn Marie Tritten and my mother, Audrey in Brethren Michigan 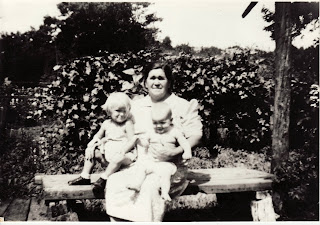