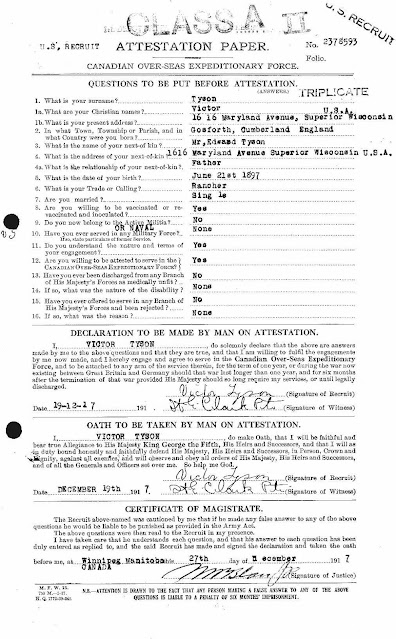 Victor was born in Gosforth, England. During the First World War he served overseas with the 44th Canadian machine gun battalion and was wounded in action.

I found Victor's attestation record where he agrees to serve the Canadian Over-seas Expeditionary Force, at Ancestry. He was living in Superior, Wisconsin and his paper was stamped U.S. Recruit.

These attestation papers provide a lot of information about Victor. Birth date, birthplace, residence, occupation, and father's name are listed. If you have United States ancestors it is worth your time to check the World War I CEF Attestation Papers for your ancestor, especially if they live in a state that borders the United States.