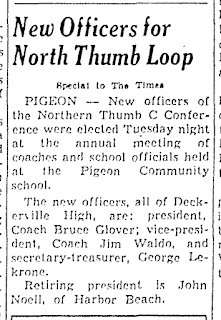 Special to the Times

at the annual meeting of

at the Pigeon Community

The new officers, all of Deck- 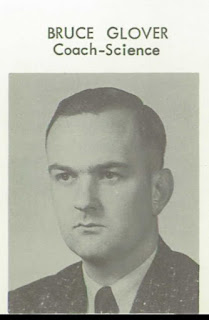 My father was involved in coach’s associations throughout his career. He was a charter member of the Michigan High School Coaches Association. The above newspaper clipping shows he was elected President of the Northern Thumb C Conference.

The interesting thing about this record, to me, is the date: September 19, 1957. It was four days after my birth! I asked my mom about this, and she said she was in the hospital for six days. My sister, who was four at the time, was staying with my Aunt Mabel and Uncle Hank Glover in Ferndale.

My mom was the quintessential coach’s wife. Even if she were home with a day’s old newborn, she wouldn't have stopped him from going.

My dad coached Reserve Football, Varsity Basketball and Track in 1956-1957 school year. Here are pictures of his teams. 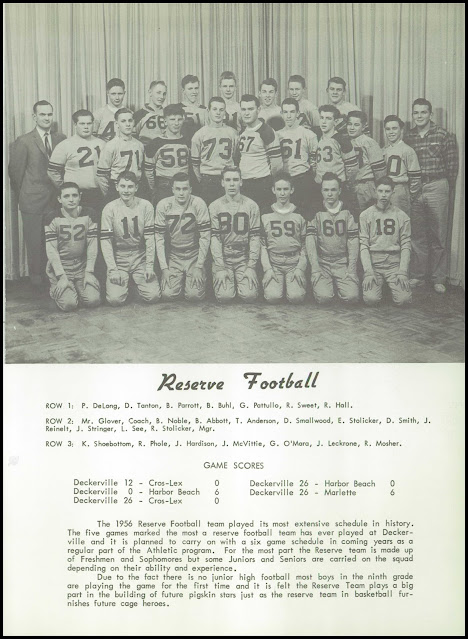 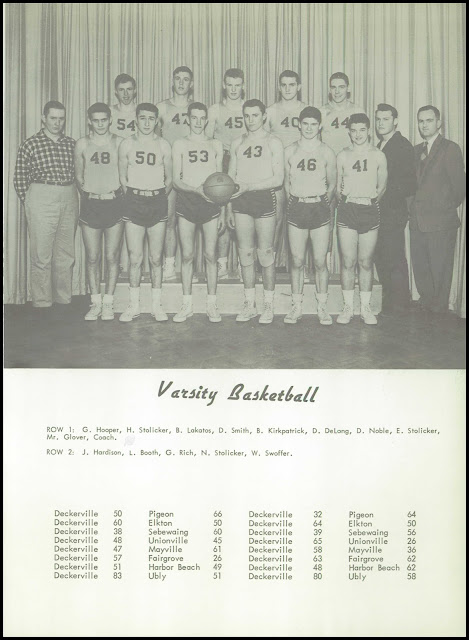 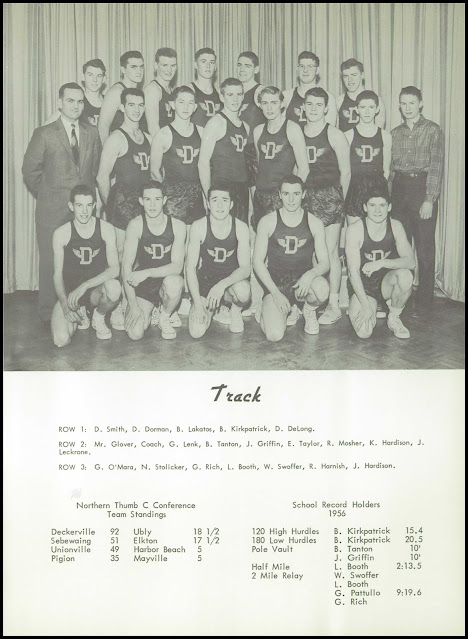 Posted by Brenda Leyndyke at 8:20 AM