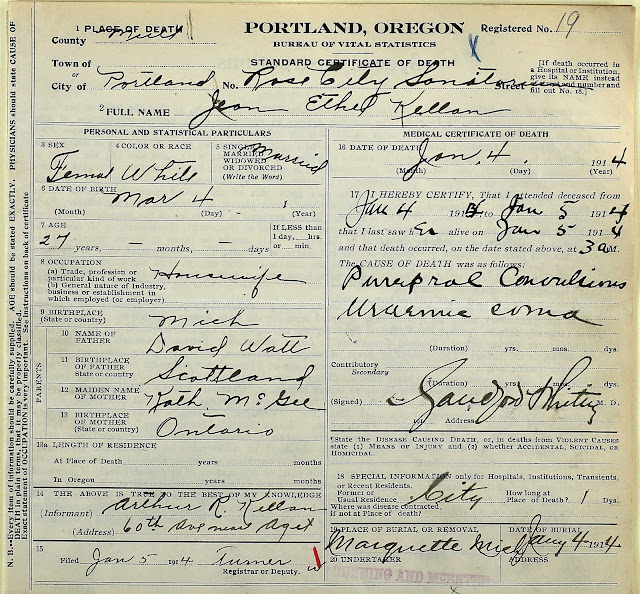 Researching one's family can bring excitement when you find what you are looking for, but it can bring sadness when the record shows unexpected details. Previously, I wrote about Baby Kellan, the son or daughter of Arthur Kellan and Jean Ethel Watt Kellan.

While researching my paternal great-aunt, Jean Ethel Watt Kellan, her death certificate1 of 4 January 1914, was one day after Baby Kellan's birth. I had such a feeling of sadness knowing that Baby Kellan would grow up without his mother.

Jean died at Rose City Sanatorium in Portland, Oregon at the age of twenty-seven. Are you wondering what happened to Baby Kellan and his father? Check back for that story.

Posted by Brenda Leyndyke at 7:18 PM