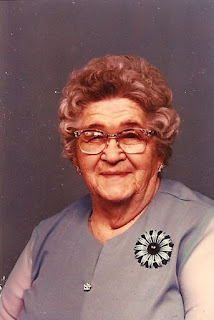 Daisy Ellen Graf, my maternal grandmother, was the third of seven children born to Valentine Graf and Nancy Mast.  She was born 18 October 1892 in Plevna, Howard, Indiana.  Daisy's brothers and sisters were:
Three more children were born and died at birth:  Willie (1896), Pearl Mae (1897) and an infant (1907). 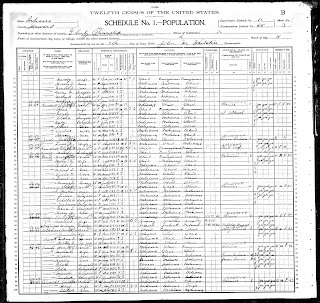 The first census that Daisy is found in is the 1900 United States Federal Census.  She is living at home with her parents in Liberty Township, Howard, Indiana; which is east of Kokomo, Indiana.

Valentine and his family moved to Brethren in Manistee County, Michigan between 1901 and 1905.  My grandmother told the story of the family travelling by wagon train with other settlers to start the Brethren Church.  According to Walter Romig in his book "Michigan Place Names", Brethren was founded in 1900 by Samuel S. Thorpe as a colony of the German Baptist Brethren Church. 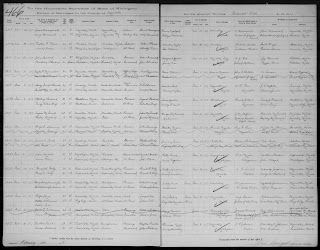 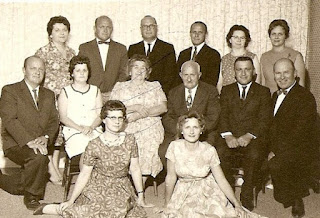 
Daisy was 20 when she had her first child, Harold Clifton.  He was born 26 July 1913 in Manistee County, Michigan.  Daisy was not married at the time.


Daisy and Otto Fredrick had 11 children: 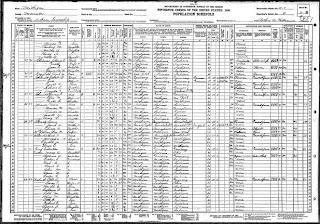 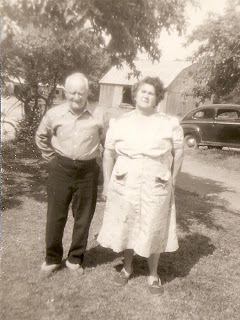 Daisy and Otto Fredrick lived their married life in Manistee County.  Their first home was on a farm not too far from Otto's parents.  Next, they lived on the family farm on Coates Highway before moving into Brethren and living next door to their daughter, Kathryn 'Kate' Tritten, on N. Coates Highway (Brethren Highway).  After Otto's death in 1968, Daisy lived with her son, Norman, on High Bridge Road in Brethren. 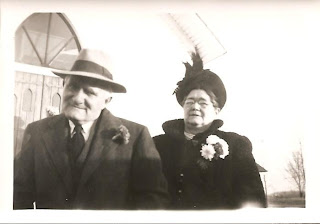 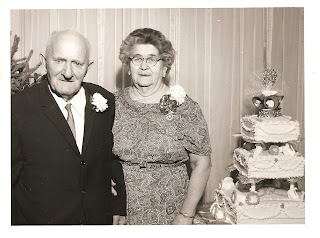 Otto and Daisy celebrated their 50th wedding anniversary in December of 1967.  A party was held at my Aunt Kate's house.  I remember watching Aunt Leona decorate the cake and someone brought a money tree in as a gift. 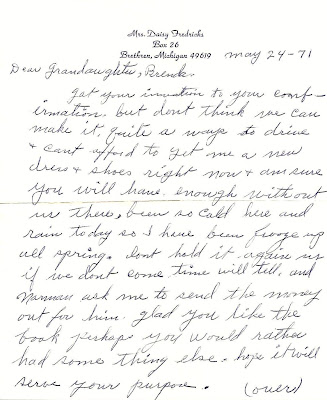 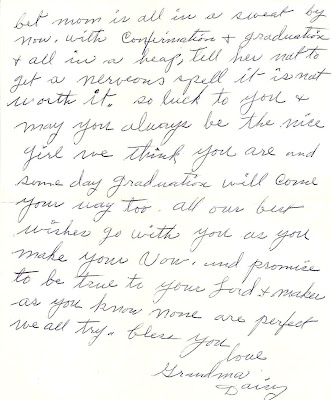 My grandmother wrote me this letter for my Confirmation in 1971.  I think it is a good representation of who she was.  She grew up with very humble beginnings and even after marriage lived that way.  She was a very easy going woman with a wonderful laugh.  She was a great cook, her recipes rarely had amounts listed, just ingredients.  She was a Christian woman and it showed in her writing.  The letter says she didn't think she would be able to make my confirmation, but she did come.  She bought me an engraved hymnal as a gift. 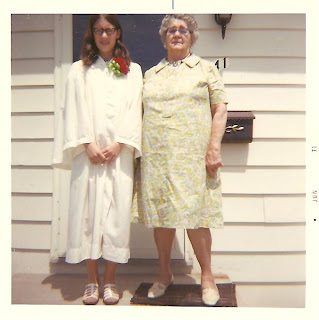 Grandma Fredrick and me 1971

Daisy Ellen Fredrick died 26 October 1978 at Manistee County Medical Care Center in Manistee, Michigan at the age of 86.  She had been in and out of the hospital after suffering numerous strokes.  Daisy is buried in Brethren Cemetery, Brethren, Michigan. 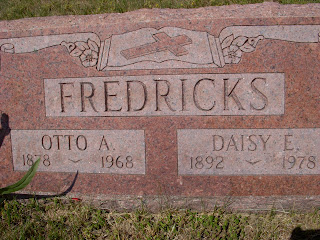 Somewhere in time the Fredrick name became Fredricks. My mom believed it was because there were so many children, people would say Fredricks and it stuck. I have chosen to use Fredrick, in this post, as I believe that was the given name originally. I know many Fredricks cousins would disagree with me as their last name is spelled with the 's' on it.