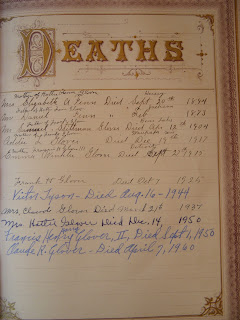 The above information is transcribed as found in the bible.  The relationship for some of the individuals was included on the page.  I have listed the other relationships to Hattie Fenn Glover below: