Louise Fredrike Zastrow, my maternal great grandmother, was born in Prussia on 9 April 1856.  She is one of my brickwalls.  I haven't been able to determine her parents.  Researching Louise Zastrow is further complicated by the fact that there is another Louise Zastrow who immigrated to Wisconsin around the same time. 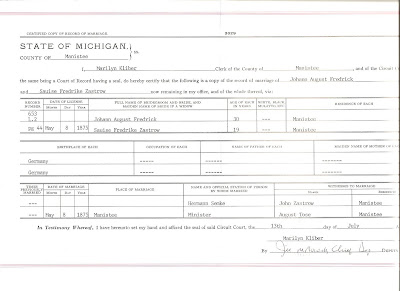 Two weeks after Louise's arrival she married Johann August Fredrick, on 8 May 1875, in Manistee, Michigan.  John Zastrow was a witness to their wedding.  An unsubstantiated family story tells of J. August Fredrick writing back home asking for a woman to come to the United States to marry him.  I don't know if they knew each other before their marriage or not.  J. August Fredrick was eleven years older than Louise.  Family members believe Louise left a twin sister in Prussia/Germany. 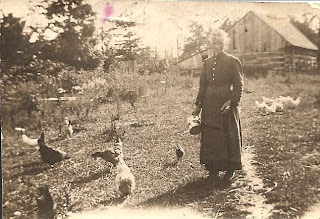 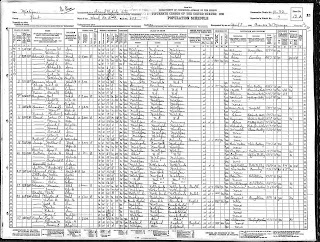 Source:  Year: 1930; Census Place: Grand Rapids, Kent, Michigan; Roll: 1001; Page: 13A;
Enumeration District: 32; Image: 26.0.
﻿Sometime after her husband's death in 1924, Louise moved to Grand Rapids to live with her daughter Mary Bruce and family.  Louise Fredrick can be found living with the Bruce (Indexed as Buice) family in the 1930 Census for Grand Rapids, Michigan.  She lived here until the time of her death.
Louise Zastrow Fredrick died 24 July 1940 in Grand Rapids, Michigan. She is buried in Oak Grove Cemetery, Manistee, Michigan. 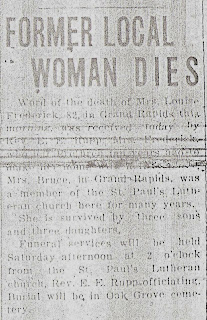 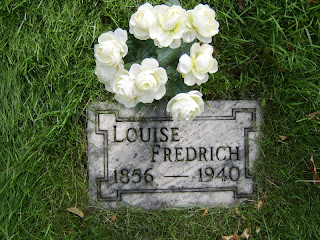 Gravestone photographed by Brenda Leyndyke July 2010
Oak Grove Cemetery, Section ﻿Q, Manistee, Michigan
My mother was ten years old when her grandmother died.  She remembers her as being a tiny woman.  My mom says she was petite like my daughter, Kirsten, is.  She remembers going to her funeral and grave side services.  She tells the story of one of her Bruce cousins, crying and begging for his grandmother to come back.  He says he will be a good boy if she does. This is the family Louise was living with when she died. My mom says she still remembers his voice to this day.
Posted by Brenda Leyndyke at 6:00 AM