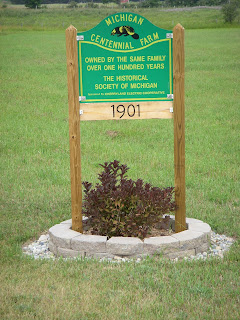 My cousin, Rose Marie Hillard, recently applied for, and received, Centennial Farm designation for the Fredrick family farm.  She said it was a two year process by the time she proved all the relationships and land ownership for the application. 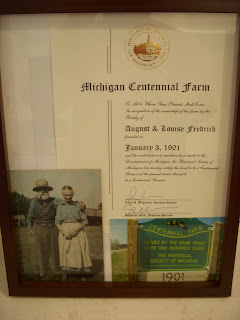 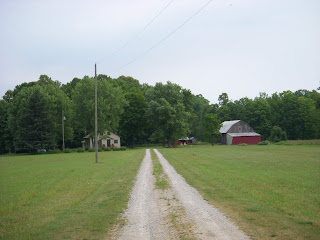 Numerous improvements have been made to the house and grounds.  The original house has been remodelled.  The original barn was torn down and a new barn built by my grandfather, Otto.  Other buildings on the farm have been removed.

Congratulations to Rose Marie on achieving Centennial Farm designation.
Posted by Brenda Leyndyke at 6:00 AM