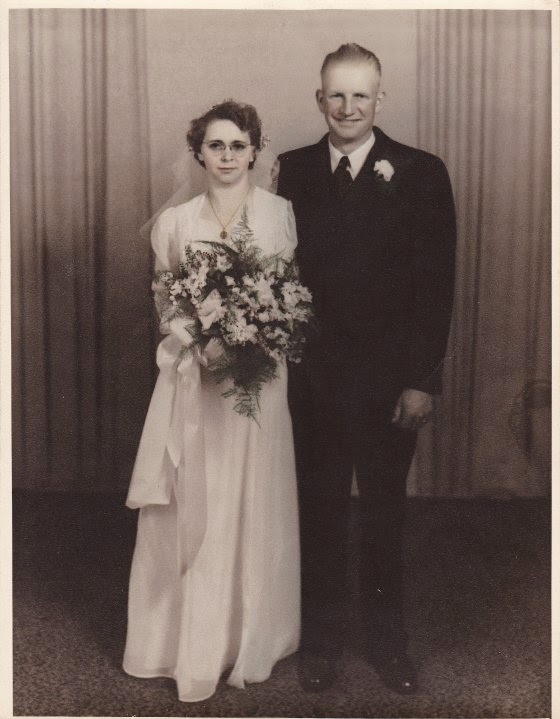 I love looking at the wedding pictures my mother has in her photo albums.  I enjoy seeing the type of dresses and flowers chosen by my relatives.  I didn't know my Aunt Lola at this age and enjoy seeing younger pictures of her.  I like to compare how she is today versus her younger years.  My Aunt Lola, who is 94 years young, looks similar to this picture.  She has a few more laugh lines and gray hair, but you can see the young girl in her today.  Plus, her mind is still very sharp.  She is my go to Aunt when I need help identifying family pictures. 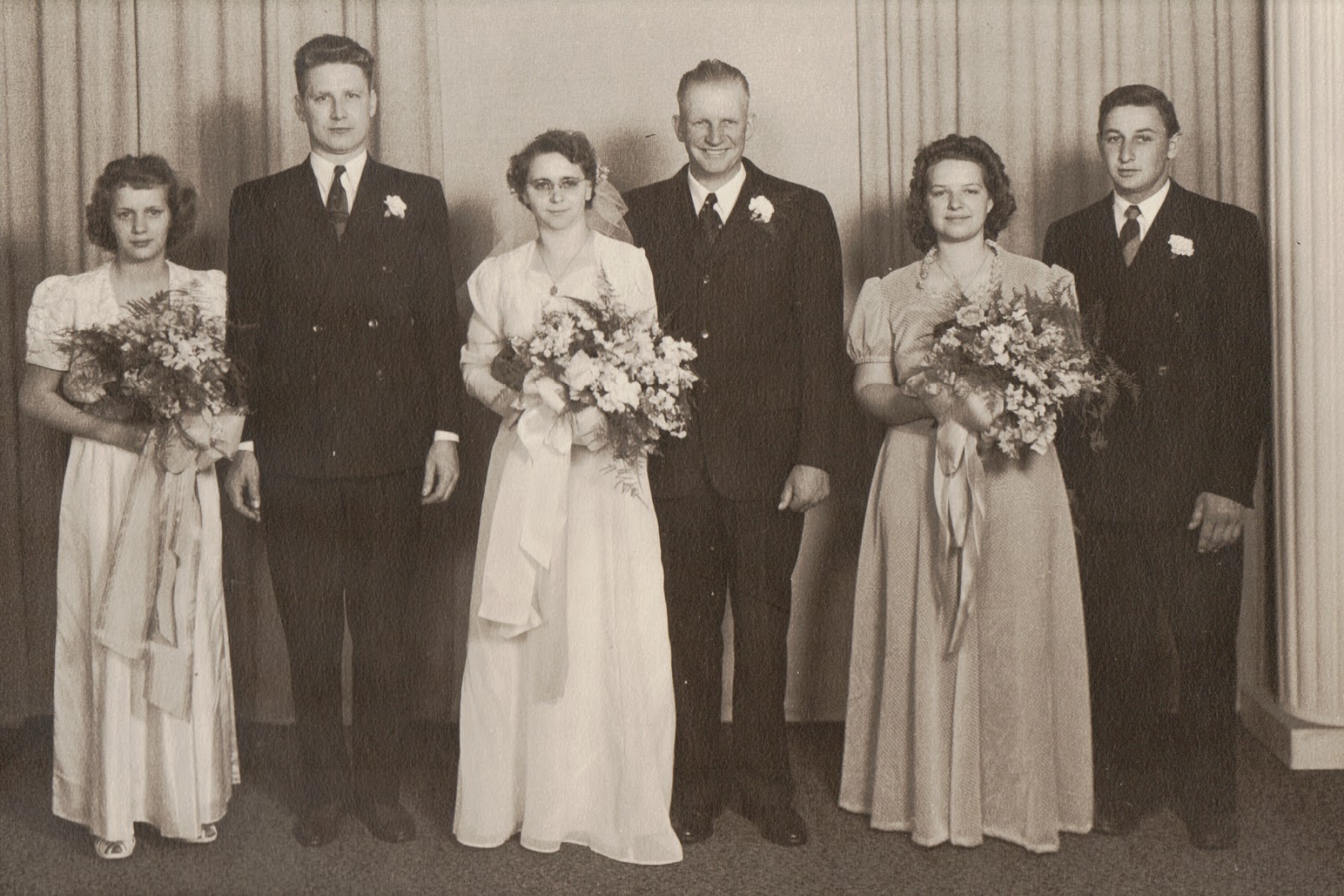 The wedding party picture was another one I found in my mom's photo albums.  I tried to envision the color of dresses.  My mother, the first one on the left, knew, but I waited to ask her.  I guessed that her dress was yellow and Luella's pale blue. Was I right?  I was only half right.  My mom's gown was pink and Luella's was blue. Luckily, I had my  mom and Aunt Lola for a reference to ask.

If I hadn't had someone in the wedding party to ask, I would have found out when I read her marriage announcement in the Manistee News Advocate newspaper.  Don't you love the detail given in wedding announcements that were written years ago?   Below is the announcement and transcription:

The bride given in marriage by her father wore a gown of white silk chiffon in the princess style.  she carried white gardenias and snapdragons.

Miss Audrey Fredrick attended as maid of honor wearing a gown of pink taffeta and carrying a bouquet of matching roses and snapdragons.  As bridesmaid, Miss Luella Brown wore a blue chiffon gown and her flowers were like those of the maid of honor.

Attending the groom were Wilfred Grabowski of Manistee and Henry Brown of Onekama and the guests were seated by the ushers, John Fredrick of Brethren and David Brown of Onekama.

For her daughter's wedding Mrs. Fredrick wore a brown silk dress with white accessories and a corsage of white carnations.

In the evening a reception was held for about 130 guests at the Brown residence on Route One.


Following a wedding trip the couple will be at home to their  friends at Route One, Manistee, Box 211.

Now that we have the fashion of the day out of the way, who was who?

Between the photo's, the newspaper announcement, the Bride-Aunt Lola, and my mom, I have a pretty good image in my head of her wedding day.

*Note:  I have chosen to use the Fredrick name for this post, instead of Fredricks as the family used later for a surname because Fredrick was the spelling at the time of the marriage.