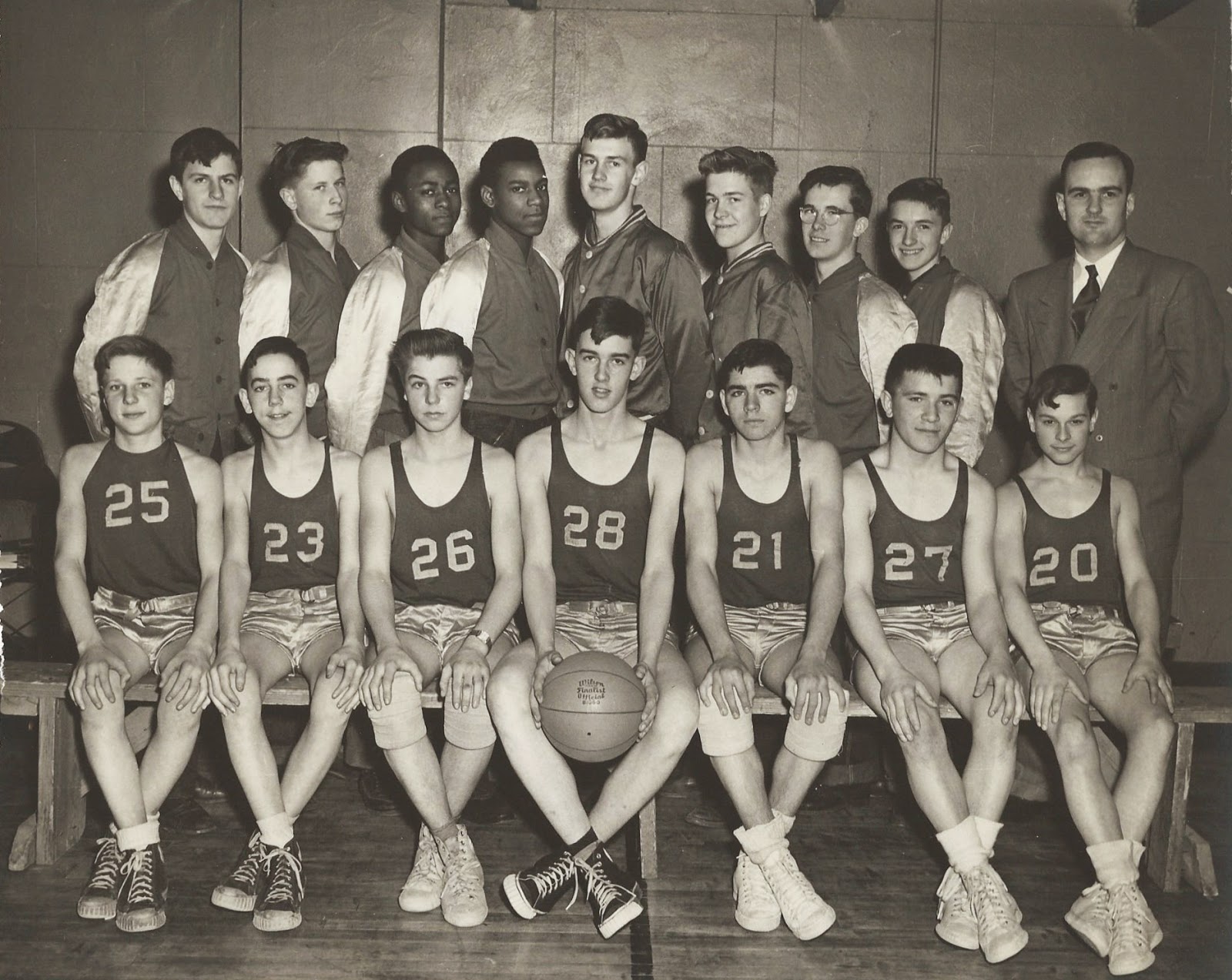 My father, Bruce Glover, was a junior high and high school coach for over 50 years. He loved anything and everything to do with sports.  He retired from teaching and coaching in Texas, moved to Michigan, and went back to coaching.  He enjoyed it that much.  He was a player, a fan, and a coach.  He has coached a lot of teams throughout the years and the picture above is from one of his first high school basketball coaching teams.

This picture is special for a number of reasons.  First, it is one of my Dad's first basketball teams.  Next, in the front row, second from the right, is my Uncle Norman.  Norman Fredricks was the youngest brother of my mom.  Plus, Brethren holds special memories as it is where my parents met and many family members lived, and still live, today.

I found this picture in a photo album at my parent's house.  My mom and dad were able to identify a few of the players, but not all.  How was I going to find out the names of the rest of the team?  Facebook to the rescue!  I posted the picture on my Fredricks Genealogy page and let others do the work.  One cousin asked her mom, who was in high school at the time, and she identified a few more.  Another cousin had her dad's school yearbook and was able to fill in the rest of the names.  All of this was done from their homes, no road trips needed.

This was just the first of many sports team photo's I found at my parent's house.  I guess I will have a few more blog posts to write.