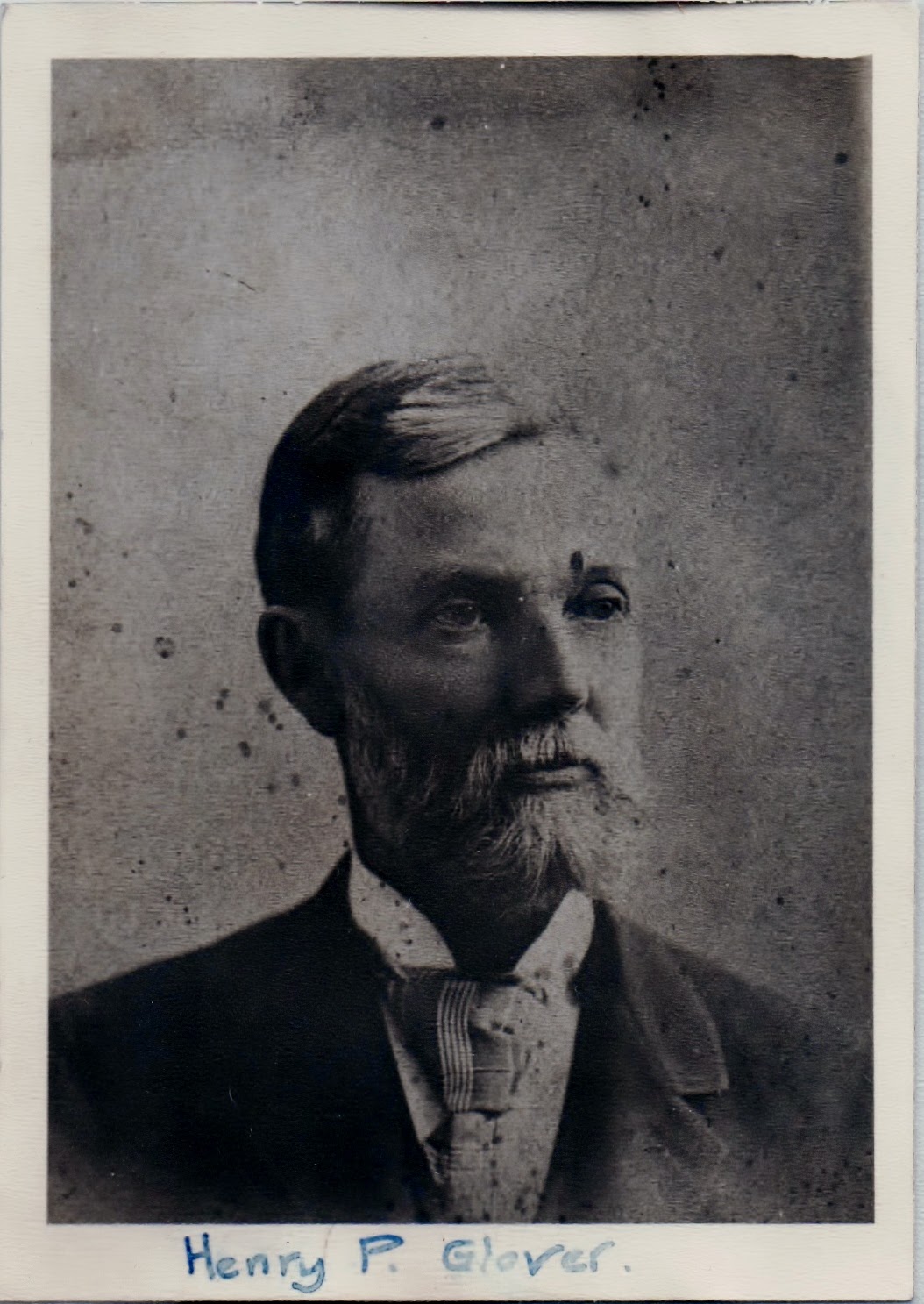 I don't think Mayor Glover and I would have had the same political leanings as he was a Republican and I am a liberal.  Nonetheless, it is pretty commendable of Henry Pierce Strong Glover to run and win the Mayor race for the city of Ypsilanti, Michigan, at the age of 54.

Henry P.S. Glover served as Mayor from 1891-1892.  Ypsilanti Gleanings, the publication of the Ypsilanti Historical Society, has an excellent online presence and many articles can be found about Mayor Glover in their publication.

One article is of particular interest as it is a short biography of Henry P.S. Glover.  Henry Pierce Strong Glover was born to Charles Williamson Glover and Mary Ann (Powers) Glover in Webster County, New York on 3 March 1837.  He married Nancy Jane Kishler, 17 Apr 1860.  Mayor Glover died 21 Feb 1912, in Ypsilanti.  The article tells when he came to the Ypsilanti area, where he lived, and businesses he owned.  Mayor Glover was described by the Ypsilanti Gleanings as, "Surely one of Ypsilanti's most distinguished citizens." I would agree.

(Photograph of Henry P. Glover is the property of Ypsilanti Historical Society, Ypsilanti, Michigan.)
Posted by Brenda Leyndyke at 12:30 PM