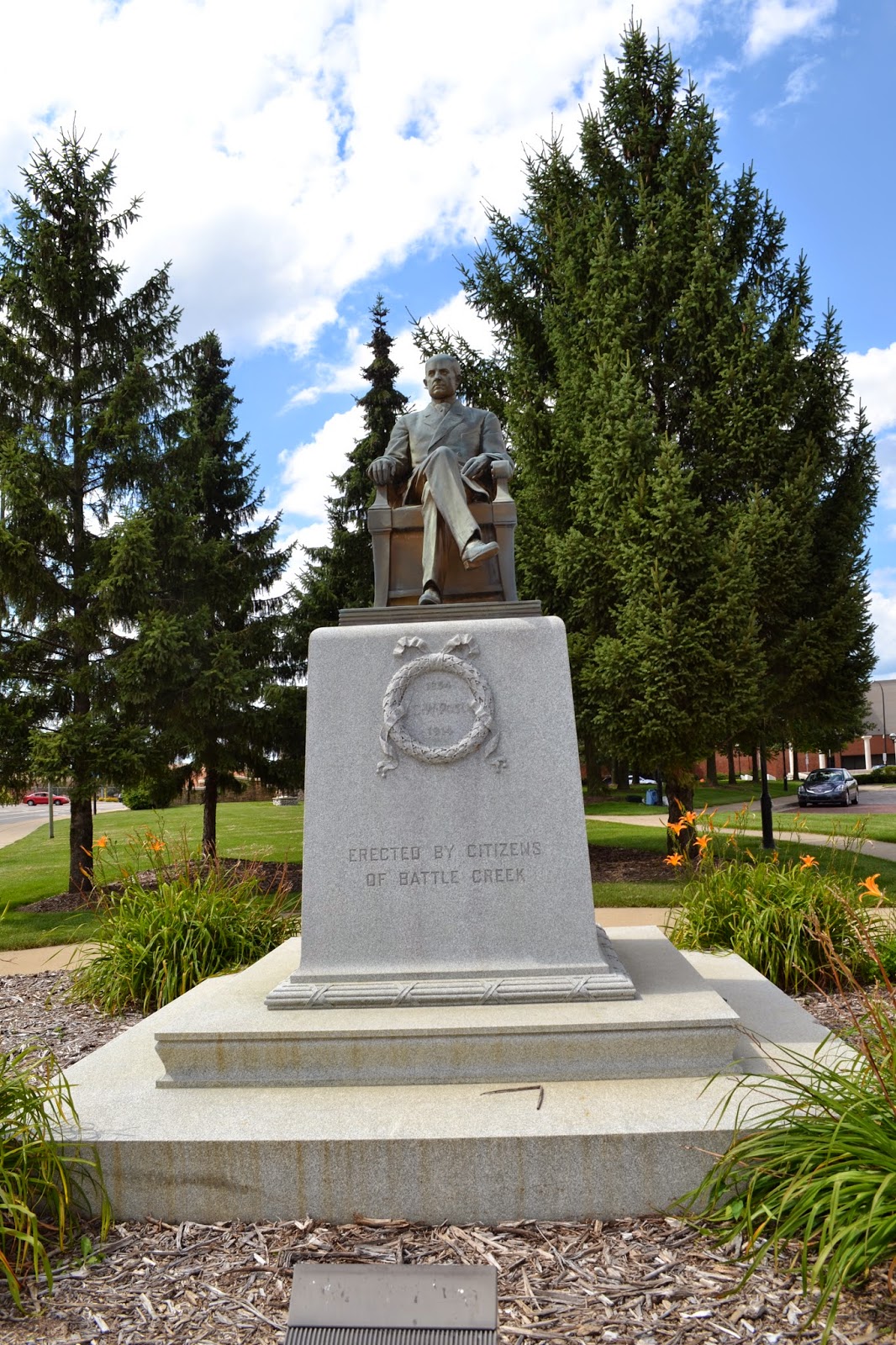 This C.W. Post Monument can be found at Monument Park, on the corner of E. Michigan Ave. and Division St. N., in Battle Creek, Michigan.  This monument was the first statue placed in the park.  The monument was dedicated in May, 1917.

C.W. Post was a successful businessman in Battle Creek.  His legacy can still be found around Battle Creek.  Post Foods, originally known as Postum Company, is still in operation at its' original location.  The Post addition, as it is still known today, was an area where C. W. Post bought land and built homes to sell to his workers for an inexpensive price.  There have been many building througout the years with the name Post attached:  Post Tavern, Post Theatre, Post Park and others. 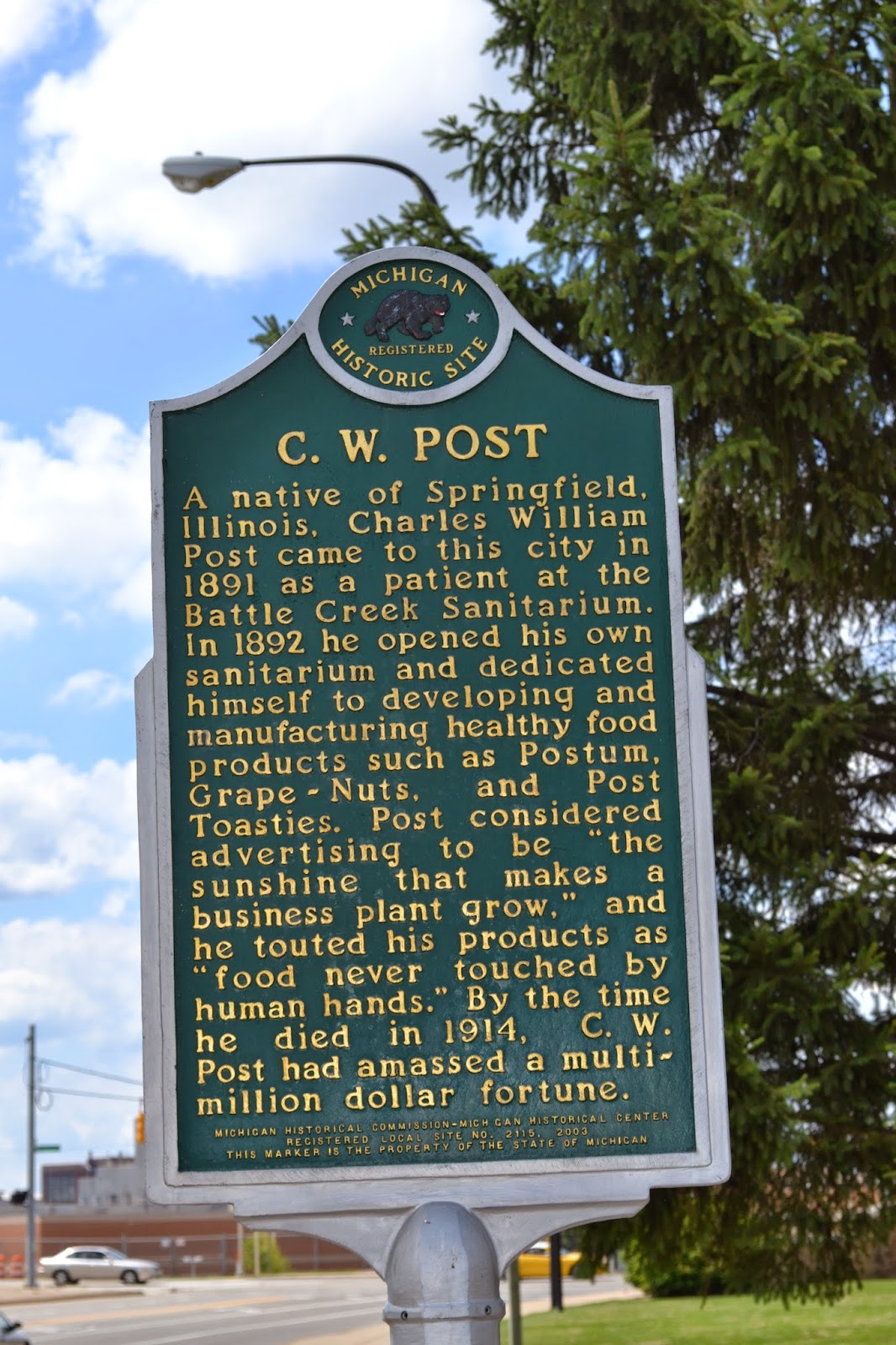 C.W. Post is a Michigan Historic Site.  The marker is inscribed with: A native of Springfield, Illinois, Charles William Post came to this city in 1891 as a patient at the Battle Creek Sanitarium. In 1892 he opened his own sanitarium and dedicated himself to developing and manufacturing healthy food products such as Postum, Grape-Nuts and Post Toasties. Post considered advertising to be "the sunshine that makes a business plant grow," and he touted his product as "food never touched by human hands." By the time he died in 1914, C.W. Post had amassed a multi-million dollar fortune.