Important Update-November 2021
I have been contacted by the Salem NH Historical Society. They wanted me to know that the "school department here in Salem is constructing a very elaborate zip line that impacts the area of Moses Poor's cellar foundation. Since you visited  five years ago, the condition of the site has changed significantly. Tree branches, stumps, and debris have been thrown into the cellar 'pit' and with the ongoing construction of the zip line, the condition will only get worse." The Salem NH Historical Society Museum curator spoke at a school board meeting in the hopes that the area would be cleaned up and a fence put around the cellar hole to preserve it. The society is waiting for a response.
I hope it is a positive one. Please check back here as I will update you on the progress of their request. If the school district does not take its' civic responsibility and preserve this historic cellar hole I will be 'marshalling the troops' in a letter writing and/or phone campaign.  If you are a resident of Salem New Hampshire and would like to contact the school board, please do so.
I feel passionate about this because I descend from Moses Poor, who gave his life fighting for independence. It is important from a historical perspective as well. This is the cellar hole of the house that Moses Poor lived in when he left to fight the British. It is a piece of American History, one that is over two hundred and forty years old. It deserves to be preserved.
Here are a few current pictures that were sent to me. 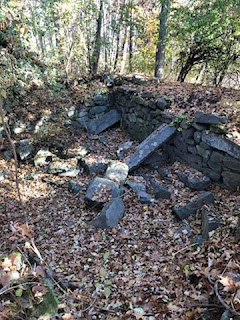 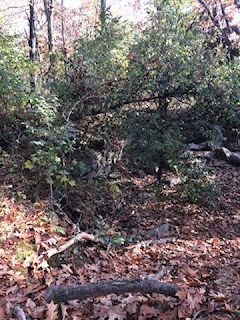 Photo credit to the Salem NH Historical Society, Salem, New Hampshire
Do you ever wonder if anyone is reading your blog posts?  Sometimes I wonder and then one special comment is left that makes writing worth it. 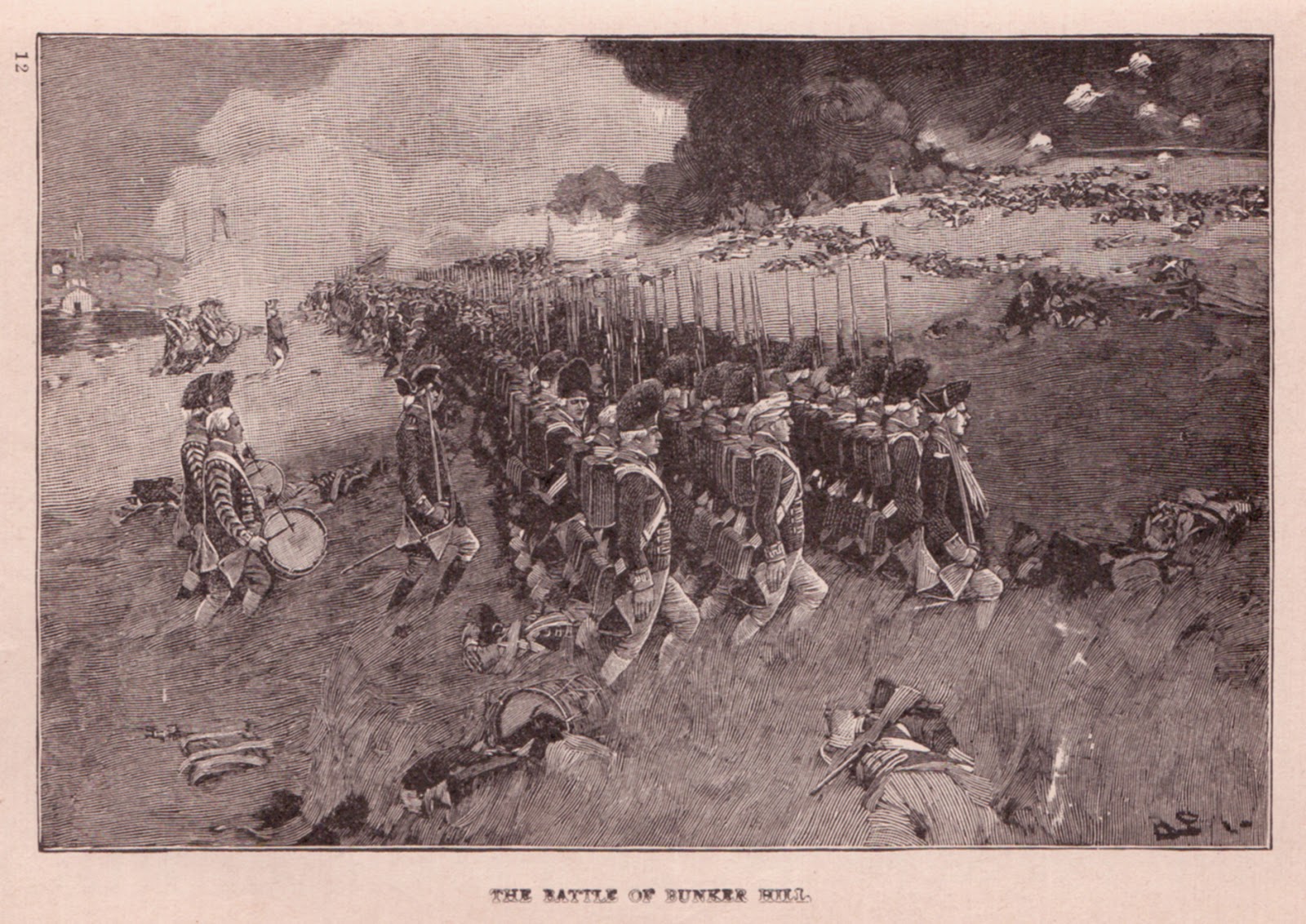 Source: From A History of the United States by Wilbur F. Gordy, Copyright 1920 by Charles Scribner's Sons of New York. This illustration of The Battle of Bunker Hill is between pages 142 and 143.


I'm a Social Studies teacher in Salem, New Hampshire. This is kind of a strange story, but I'll relay it to you anyway in hopes that you have any information you would be willing to share!

Out behind the school I teach at, there is an old "cellar hole" that I always wondered about. Last year, I became curious enough about it that I did quite a bit of research and was excited and surprised to discover that it was the home of Moses and Hannah (Sinkler/Sainclair) Poor from 1770 until Moses' death in the Battle of Bunker Hill in 1775. The cellar hole is in remarkably good condition with a set of steps (probably side/back steps) still in place and apple trees on either side of the threshold. There's even still a boot-scraper!

Anyway, many of my students are interested in the site as well, especially since we're making some great discoveries on the site. I've learned a little bit about Moses Poor, but I'd love any more information you have. So far, all I know is that he was born in Newbury, MA in 1742, married Hannah in Hampstead, NH in 1767, had three sons (one named George was born, I'm assuming in the "cellar hole" house since he was born in 1773 in Salem, NH), and died in the Battle of Bunker Hill. I also recently discovered that he was a "surveyor of lumber" for the town of Atkinson, NH upon its incorporation in 1767.

I hope that you will respond [email address for private use] with any more information you have about Moses or his family. Thanks so much in advance!


I think this is an awesome discovery and for the teacher to share it on my blog was most welcome. I replied to the comment and sent what few items and information I had on Moses Poor via email.  The teacher replied and shared research that she had conducted.

Moses Poor is my fifth great grandfather.  He married Hannah Sinkler 31 March 1767 in Hampstead, New Hampshire.  I am a descendant of their son, Moses Augustus Poor.

This research was very well done.  It was a timeline starting with Hannah Sinkler's birth in 1739 and ending with her death in 1815.  Other timeline entries included Moses Poor birth and parents; his siblings; land records; marriage record; town history; children of Moses and Hannah Poor birth record; Moses Poor enlistment in the military; research on Moses Poor's regiment; and a public auction held after Moses Poor's death. It was a genealogist's treasure trove of information.

It was obvious that a lot of time went into the research and I appreciate being the one to receive it.  Teachers impact student's lives in so many ways and for this teacher to research what started as a 'cellar hole' and add to it to bring historical context to what is in the school's backyard is a wonderful thing.  One that I am greatly appreciative of.

Posted by Brenda Leyndyke at 10:55 AM