I am embarrassed to say this, but Kirk and I went on a Great Big New England Genealogy Tour in the Fall of 2016, and I have written less than a dozen blog posts about it. We spent twenty-six glorious days visiting the states of New York, Massachusetts, New Hampshire, Vermont, and Maine. 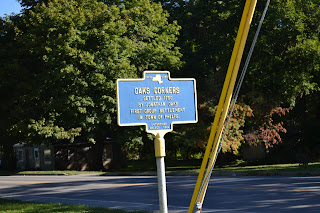 One of our first stops was Phelps and Oaks Corners, New York. Both are located in Ontario county, New York and not too far from where we spent a couple of nights, Geneva. 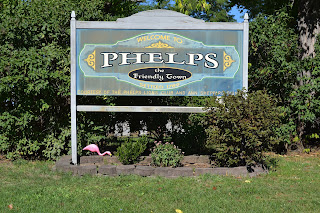 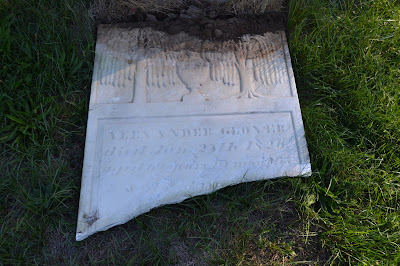 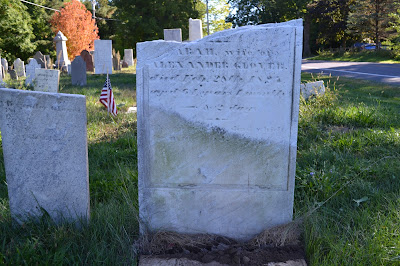 We visited Joslyn Cemetery in Phelps, New York and found their headstones. A complete list of burials can be found here. Unfortunately, many stones were damaged. I don't know if this was due to age or vandalism. 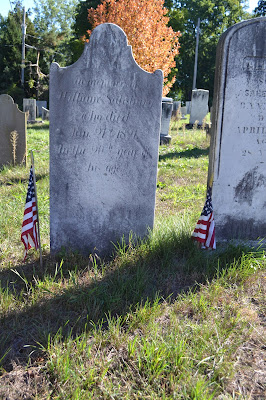 A six month old son of William and Betsey is listed as being interred here. I didn't see the headstone so maybe he is buried with his parents. 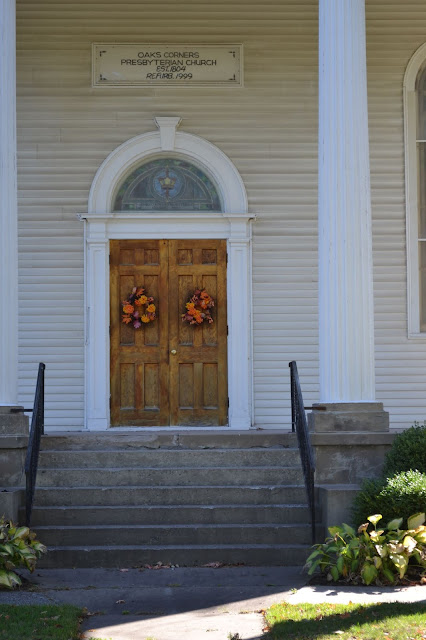 A cousin, Charley aka Apple, did an outstanding job of transcribing records from the Presbysterian Church in Oaks Corners. They can be found on her blog, Apple's Tree.

There is something tranquil about walking in the footsteps of one's ancestors. The first stop of many on our Great Big New England Genealogy Tour was a good one.