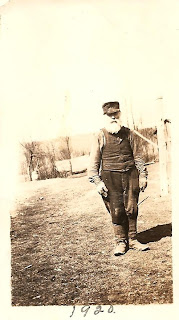 Johann August Fredrick (Friedrich, Fredrich, Fredricks), my maternal great grandfather was born 8 January 1845 in Germany.  His obituary states his birthplace as Paden, which I can't find any other reference too.  My mother remembers the family saying he was from Posen.  One of the census states his birthplace as Prussia.  I haven't been able to determine his exact place of birth or who his parents were.

He had at least three siblings who came to the United States.  A sister, Henriette married John Zobel and lived in Manistee, Manistee, Michigan.  Another sister, Amelia, married Leo Englehuber and a third, who's first name I don't know, married August Guske.  I have tried researching his sisters in order to break through this brickwall.  I have found a few facts about their families, but nothing to suggest who their parents were or where they came from.

(Source:  ﻿1920 U.S. Census,Michigan, Manistee, Population Schedule, Dickson Township,
ED 61, p 4A, dwelling 71, August J Fredrick.)
﻿According to the 1920 U.S. Census, Johann, known as August, immigrated to the United States in 1872.  He settled in the Manistee, Manistee, Michigan area.  He worked in a sawmill when he first arrived here.  He was naturalized in 1909 but, unfortunately, the naturalization records for Manistee county have been destroyed. 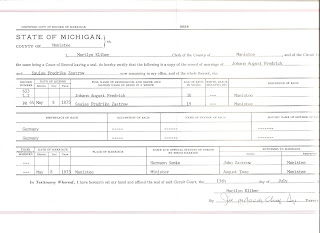 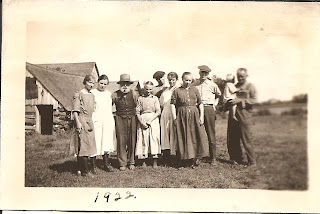 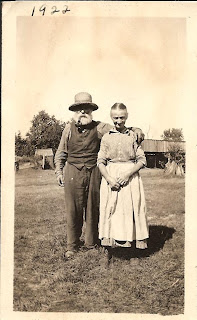 J. August and Louise lived in Manistee county, Michigan their whole married life.  J. August worked in a sawmill, then bought a farm and removed all the timber and became a farmer.  He and Louise eventually(between 1910-1920) moved to a farm in Dickson Township, near Brethren, Michigan in Manistee County.  The farm became known as the Fredrick's family farm and is still in the family today. 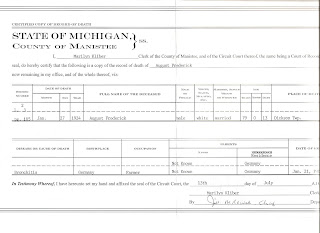 J. August Fredrick died, at home, on 27 January 1924, of bronchitis.  He was considered a pioneer of Manistee county.  He was one of the oldest settlers of the county.

I found two obituaries for J. August Fredrick.
Posted by Brenda Leyndyke at 6:00 AM