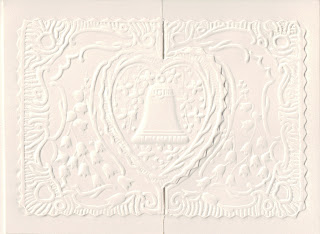 Wedding Invitation for Bruce Glover and Audrey Fredricks, May 31, 1952﻿


My parents are celebrating their 60th Wedding Anniversary today.  They are a wonderful example of everlasting love.  Here are my dad's memories of his wedding day:

Our wedding which took place at 3:00 PM on Saturday afternoon was held in the Trinity Lutheran Church in Onekama with the Rev. O. N. Behringer officiating.  Rev. Kenneth Snow of the Brethren Methodist Church was soloist singing “I Love You Truly” and “Always”.  Maid of Honor was Jeannie, sister of the bride.  Mickey, sister-in-law of the bride, was bridesmaid.  Best man was Hank Glover, half-brother of the groom.  Ushers were Richard, John, and Norman Fredricks, brothers of the bride.  Out of town guests in attendance from the groom’s side were his mother, Mrs. Harry Glover; Sister-in-law and Nephew, Mabel and Stuart Glover; and Uncle and Aunt, Burt and Frances Watt.    In addition to Otto and Daisy Fredricks parents of the bride, the church was near full with relatives and friends of the bride  too numerous to mention.

A dinner on the farm followed the ceremony at 6 PM for the wedding party and guests of the bride and groom.  The reception was held at the Wellston Township hall at 8 PM with a Polka Band and plenty of refreshments, including a huge wedding cake.  At the stroke of 12 the newlyweds retired to a cabin they rented in Bear Lake.  The next day, Sunday, after lunch at the farm Bruce and Audrey loaded up their car and departed on an abbreviated honeymoon.  Sunday evening they stopped at a motel in Clare and spent Tuesday and Tuesday evening in Frankenmuth. Wednesday morning they headed for their summer home at my mother’s residence in Hazel Park. My Mom had went with Uncle Burt and Aunt Fran after the wedding to spend 2 months in Marquette and thus the newlyweds had the place to themselves to get used to the married routine if there is such a thing. 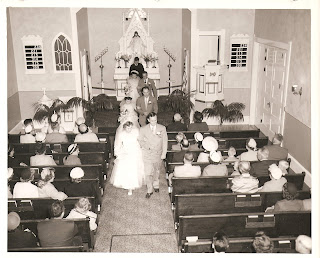