Previously, I wrote about the gift of pictures I received from my cousin, Kathryn. The pictures below, my Aunt Lola was able to identify as Alma Fredrick and Joey Prantle.

Alma Fredrick was the daughter of J. August Fredrick and Louise Zastrow Fredrick. She was born in Manistee county, Michigan on 28 February 1893.  She married Joseph Prantle and they had two sons, Joseph and Robert E.  Alma Prantle died 2 May 1932 in E. Grand Rapids, Kent, Michigan.  Joseph and Alma's son, Robert E. was born 26 August 1932 and died seven days later on 3 May 1932.  Alma died one day before her infant son did.  Although, I haven't looked at her death certificate, I would guess she died due to complications with child birth.  How sad, she was only 39.  Her son, Joseph 'Joey' went to live with his Uncle John Bruce and Aunt Mary (Fredrick) Bruce sometime after his mother's death. 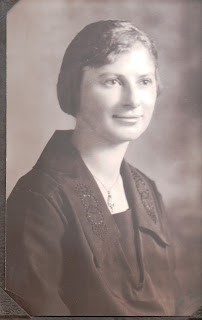 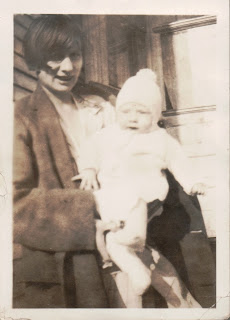 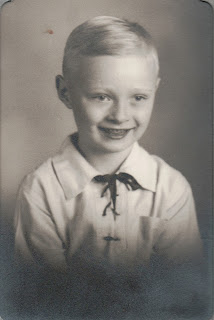