Previously, I mentioned how fortunate I was that my cousin, Kathryn, shared pictures that she had in her possession with me. After I had scanned them, she told me I could keep them.  How wonderful!

None of the pictures were labeled.  I set about trying to identify who was in the pictures.  My mom, Aunt Lola, and a few cousins helped me to identify the pictures. They did a great job and only four are not identified.  Those are below.  If you recognize anyone in the pictures, please leave me a message in the comment area. I would greatly appreciate it. 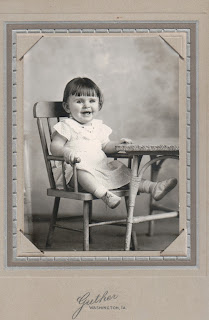 Is anyone good at dating photos?  There are no clues on this picture.  No one had a clue who it could be. 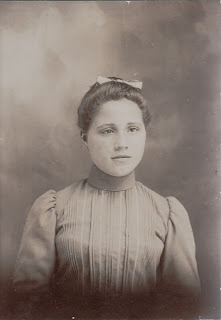 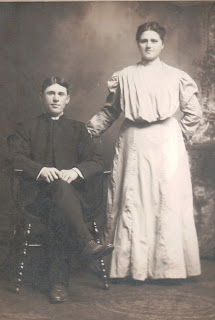 Again, no clues available.  Could this women be the same as the one in the picture above?

I guess it is time for me to study how to identify pictures.  I think there are clues with the hairstyles and clothing that would help me identify a time period of the pictures.

All in all I think we did a good job of identification.  There were 19 pictures total and only four we need to identify.

I would love to hear what you think about the pictures and the time period they were taken in.  Please leave a comment.
Posted by Brenda Leyndyke at 7:54 AM