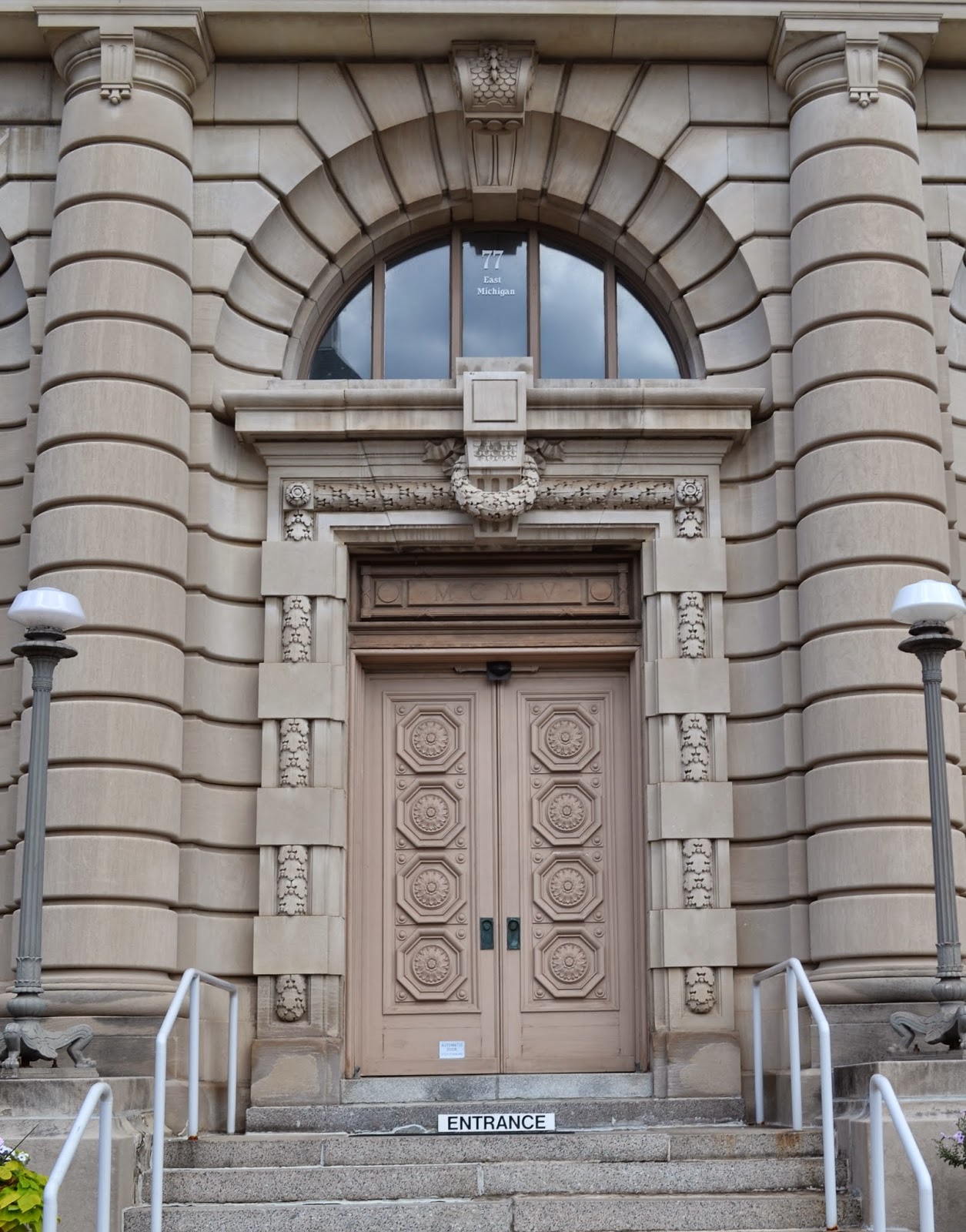 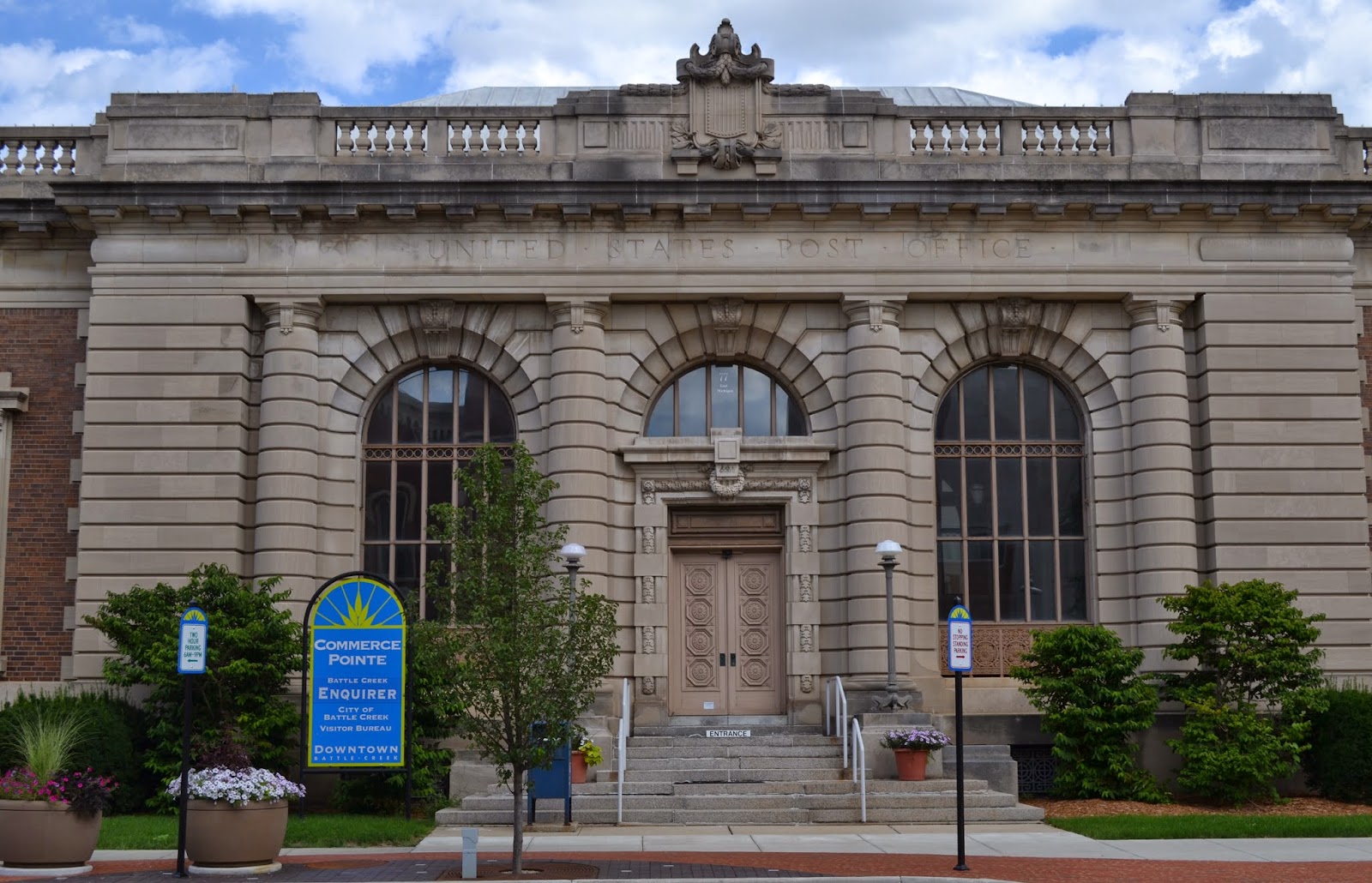 The historic Post Office of Battle Creek, Michigan opened for business in 1907.  It was designed by Albert Kahn. Albert Kahn was known as the man who built Detroit. Kahn designed over 2000 buildings; many of them were factories for Ford and General Motors.  He used the same principles of factory design, using reinforced concrete in place of wood or masonry, for the post office as he did for his factories.  The arches on the building are indicative of the second renaissance revival architecture.

The Historic Post Office building was listed as a Michigan Historical Site in 1972.  A marker is placed outside of the building commemorating this.  The building was used as the Hall of Justice in the late 1970's.  Currently, it is known as Commerce Point.  A building used for commercial purposes.  The Battle Creek Enquirer newspaper offices and Battle Creek Visitor Bureau are found here.