This is the last page of Huldah's (Huldah Rowley Fenn 1789-1862) Bible that had information on it. Although most of the information was saved years after Huldah's death in 1862, I am still in awe of it being in the Fenn family today. 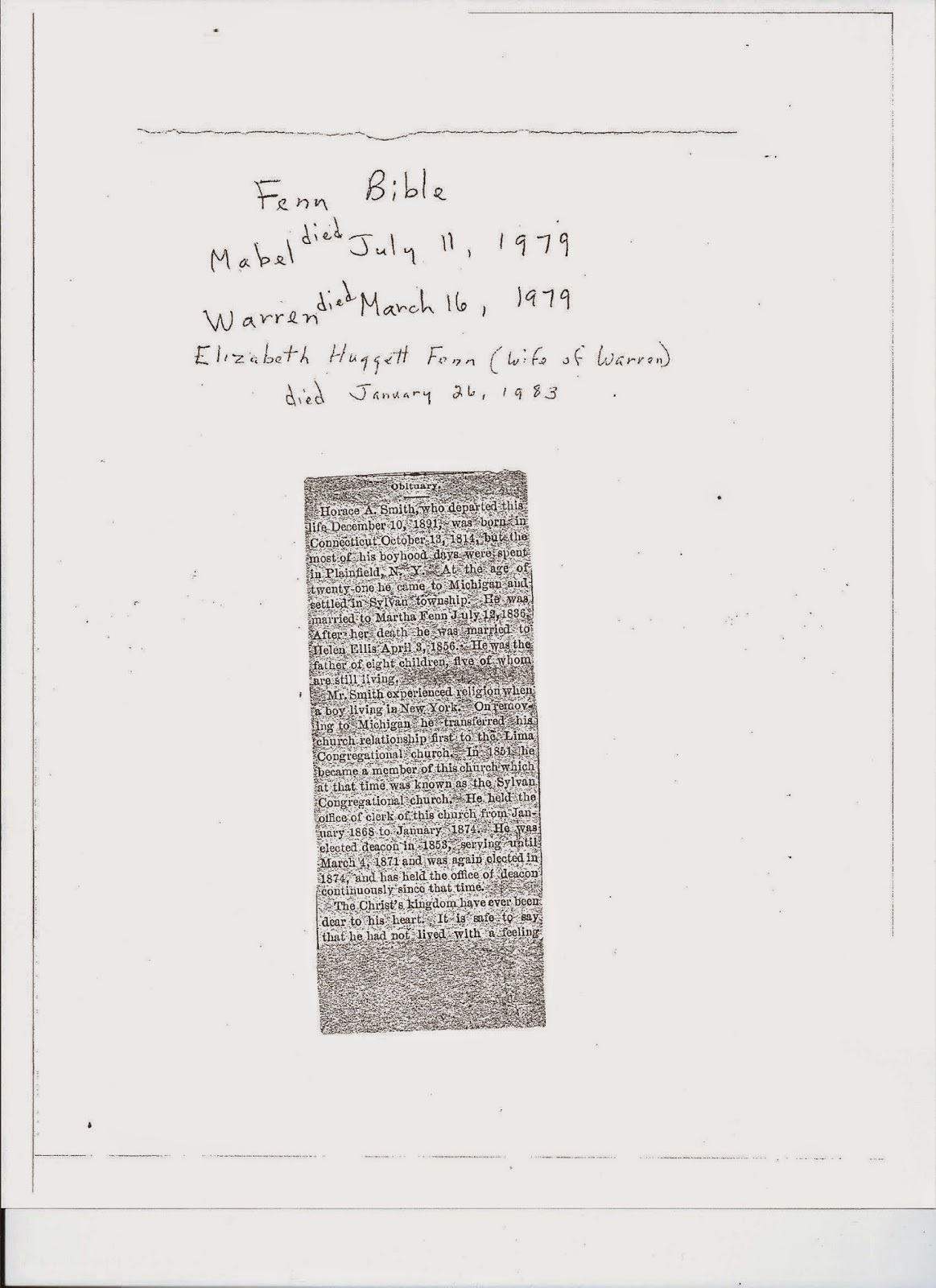 Fenn Bible
Mabel died July 11, 1979
Warren died
Elizabeth Huggett Fenn (wife of ) died
Obituary.  Horace A. Smith, who departed this life , was born in , but the most of his boyhood days were spent in At the age of twenty-one he came to and settled in Sylvan township. He was married to Martha Fenn . After her death he was married to Helen Ellis . He was the father of eight children, five of whom are still living.
Mr. Smith experienced religion when a boy living in . On removing to he transferred his church relationship first to the Congregational church. In 1851 he became a member of this church which at that time was known as the Sylvan Congregational church. He held the office of clerk of this church from January 1868 to January 1874. He was elected deacon in 1853, serving until and was again elected in 1874, and has held the office of deacon continuously since that time.
The Christ’s kingdom have ever been dear to his heart. It is safe to say that he had not lived with a feeling......

Elizabeth Huggett Fenn:  Elizabeth was the wife of Warren Orlo Fenn.  They were married 10 Aug 1916 in Convis Township, Calhoun, Michigan.

Posted by Brenda Leyndyke at 7:50 AM