The obituary transcribed below was found in Huldah Rowley Fenn's Bible. It is for Tully Daniel Fenn, the brother of my great grandmother, Hattie Fenn Glover.  Tully Daniel Fenn was born 26 February 1859 to Daniel C. Fenn and Elizabeth Poor Fenn. 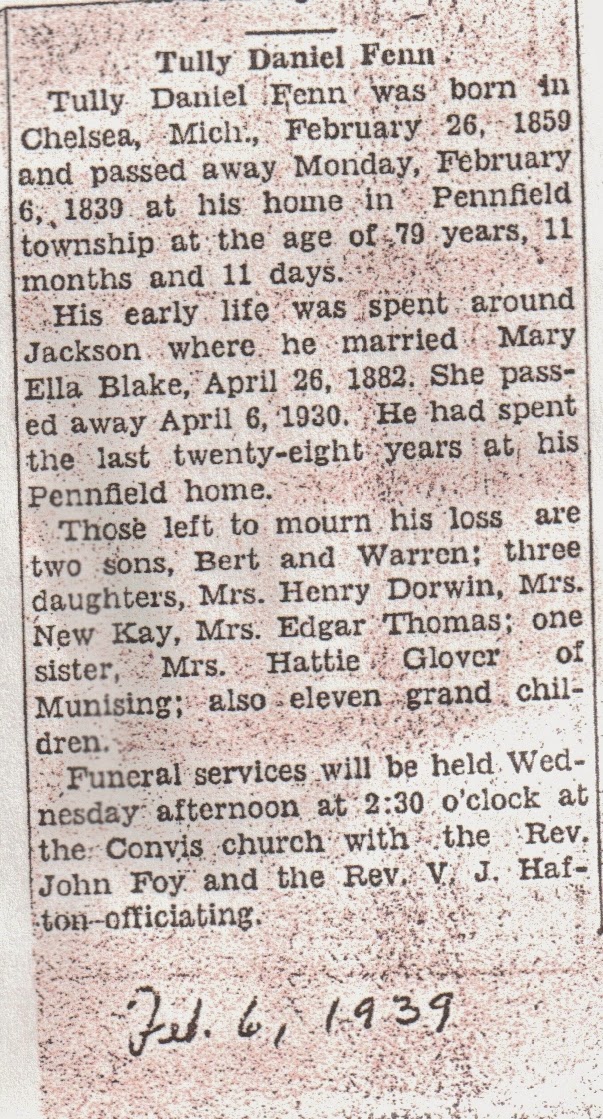 Tully Daniel Fenn was born in , and passed away at his home in Pennfield township at the age of 79 years, 11 months and 11 days.
His early life was spent around where he married Mary Ella Blake, . She passed away . He had spent the last twenty-eight years at his Pennfield home.
Those left to mourn his loss are two sons, Bert and Warren; three daughters, Mrs. Henry Darwin, Mrs. Ned Kay, Mrs. Edgar Thomas; one sister, Mrs. Hattie Glover of Munising; also eleven grand children.
Funeral services will be held Wednesday afternoon at at the Convis church with the Rev. John Foy and the Rev. V. J. Hafton officiating.  ()
Posted by Brenda Leyndyke at 7:50 AM