The Fredricks side of my family has been having family reunions for as long as I can remember.  One of the activities that has carried throughout the years is one of family photographs.  Sometime during the day the family groups will get together and pictures will be taken.  The pictures I am sharing below are from a family reunion held at my Aunt Kate's house in 1964. Kate, Kathryn Louise Fredricks, was one of eleven children born to Otto August Fredricks and Daisy Ellen Graf.  The oldest son, Harold, was born to Daisy Graf before her marriage to Otto Fredricks and he took the Fredricks surname. He was considered a full brother by his siblings. I believe all twelve siblings were in attendance at this reunion, but I am missing a picture of the Richard Fredericks family. These are my ten aunts and uncles and their children, my first cousins. 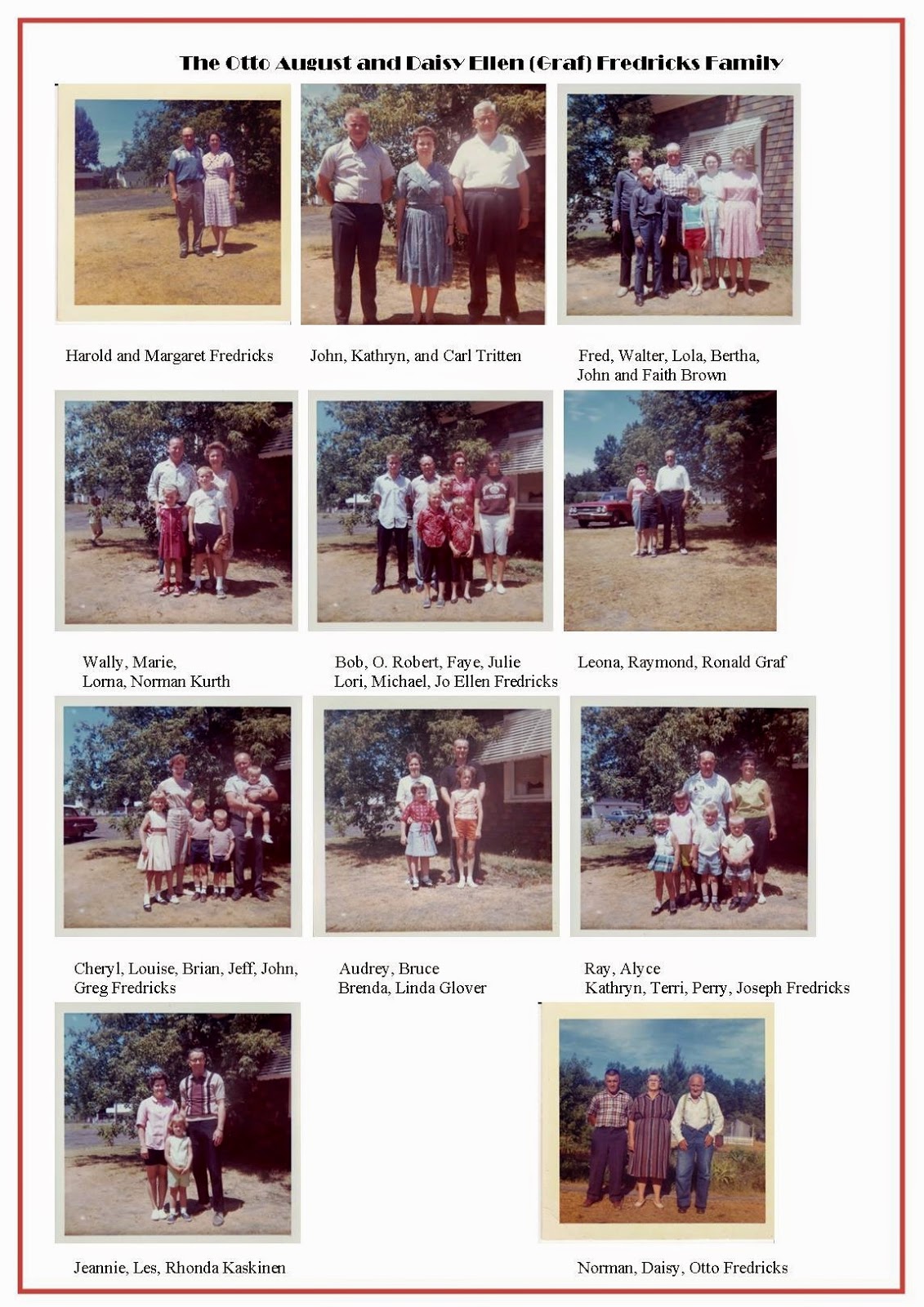 Other cousins with families of their own were in attendance that day as well. 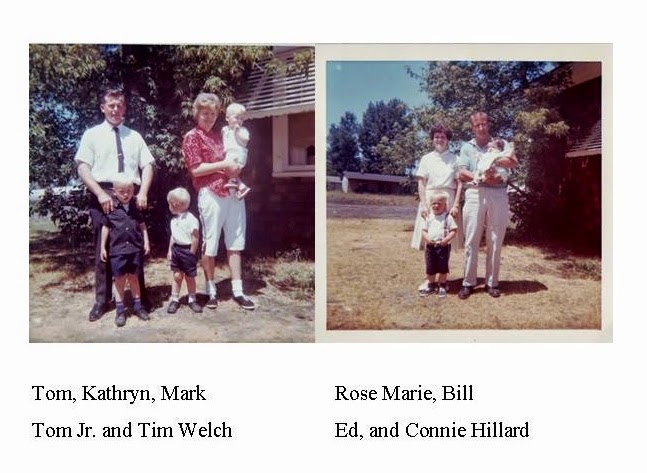 Last, we needed a picture of all of Otto and Daisy Fredricks grandchildren. 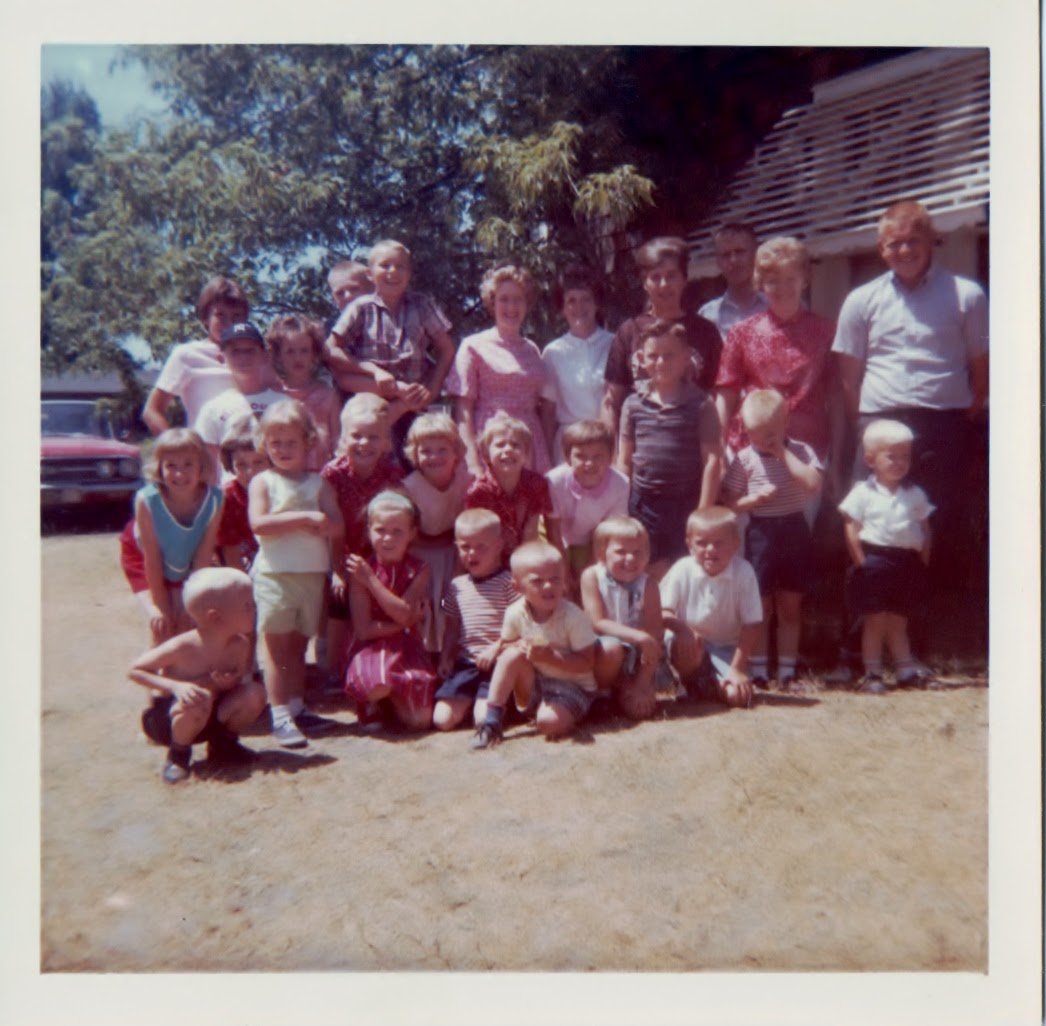 The family was pretty complete at this reunion.  The family members missing that day were Larry and Nancy Fredricks, children of Harold and Margaret Fredricks. Richard, Mickey, Pam, and Richie Fredericks, although Pam is the first one on the left in the back in the picture above, so I am guessing my Uncle Richard was camera shy that day.  A very excellent turnout if you ask me.  I didn't get to see my cousins very much when I was younger so I always looked forward to family reunions.  It was a day to hang out with them.
Posted by Brenda Leyndyke at 7:50 AM