Shoreham, Vermont is going to be the focus of my attention this month as I research my Fenn family. It is the last known place the Fenn's lived before migrating to Michigan in the spring of 1833.  Daniel Fenn and his wife, Huldah Rowley traveled, via the Erie Canal, to make their home in the territory of Michigan.  I have found records about Daniel and Huldah Fenn in Michigan, but cannot find much about their time before this.  Daniel Fenn is one of my brick wall ancestors.  A brick wall I am going to break through this year if at all possible.  My first plan of attack is through Shoreham, Vermont! 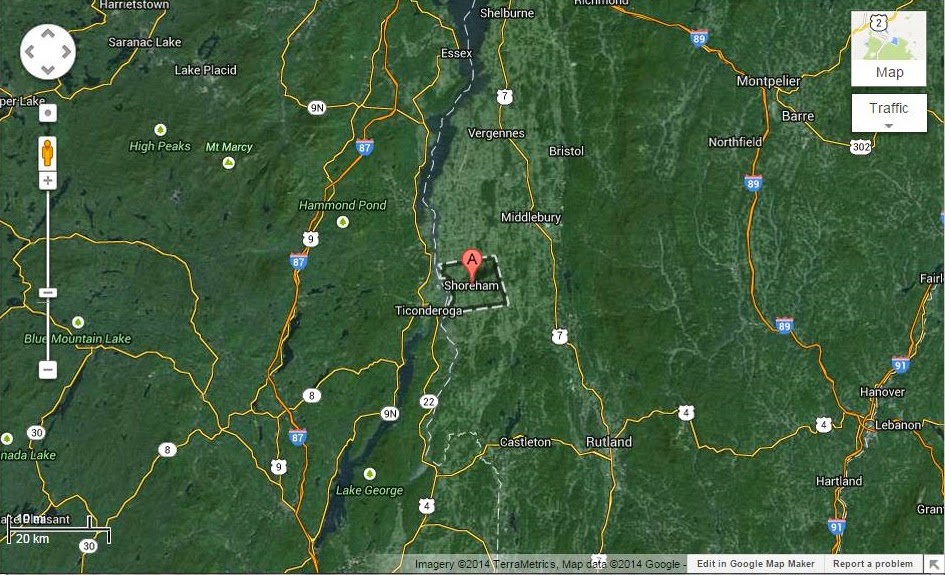 Daniel Fenn and his family lived in Shoreham for the 1820 and 1830 United States Census enumeration.  The book, "Early Families of Shoreham" by Susan Holt MacIntire and Sandord Stowell Witherall states that "FENN, Daniel m. in Shoreham, Vt 28 Feb 1808, Hulda Rowley".  This is the earliest mention of Daniel Fenn being in Shoreham, Vt that I have found.  Daniel was about 21 years old at the time of his marriage.

I haven't been able to find Daniel and Huldah in the 1810 Census.  Could they be living with Huldah's father, Hopkins Rowley?  Hopkin's census record has a male and female of the age Daniel (23) and Huldah (20) were, but without further proof I can't say for sure it is them.  Ah! The joys of researching pre-1850.  I haven't a clue who Daniel's father or mother was.  What do you think my next research step should be?

I have found a few resources in my research of Daniel Fenn and Shoreham,Vermont that I thought I would share with you.


I know I need to have feet on the ground in Shoreham to further my research and a New England trip is a couple of years off, but I want to explore all resources available to me locally, either online or at local repositories.  Any suggestions of resources or researchers in the area would be greatly appreciated as I try to find Daniel Fenn's parents.

Posted by Brenda Leyndyke at 7:48 AM