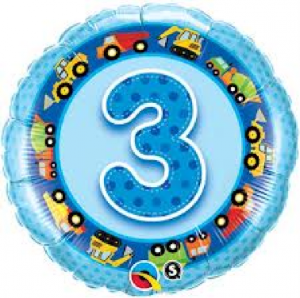 Lord Stanley, my nephew, is three today!  I can't believe it.  He is growing up so quickly.  He is a young child with all the wonder in his eyes.

I had the time of my life when I went to 'babysit' Lord Stanley and his sister, Cutie Pie, last September. He has to be one of the happiest, laid-back, children I know. He smiles all the time and nothing seems to phase him. He is a little bit like my brother, his father, that way.  Sometimes not taking things seriously that they could or should!  Lord Stanley seems to like men a little better than women and he had no trouble snuggling up to Uncle Kirk.

I loved it when he would wake up from his nap and call Brenda, stretching the word out!  Another favorite time was story time, at bedtime.  He enjoyed sitting on my lap and looking at books.  He knew all his colors and could point to items that were that color.  He enjoyed watching the "bus" video, it was a Wheels on the Bus video. Another favorite video was the "tick tock" one, which was a Hickory Dickory Dock video.

He was into Paw Patrol when we were there last fall.  Of course, Uncle Kirk and Aunt Brenda had to take him to Toys R Us while we were there and let him pick out a toy. Now he is into Blaze and the Monster Machines and being a good aunt, I bought him a couple of Blaze toys for his birthday. I was thinking about buying him an electronic drum set, but decided my sister-in-law didn't need that, my brother yes, but I wouldn't subject her to it! 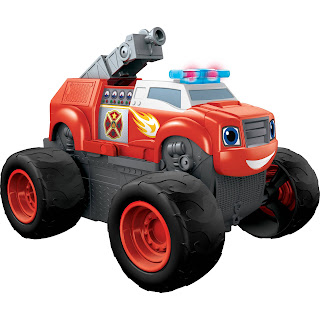 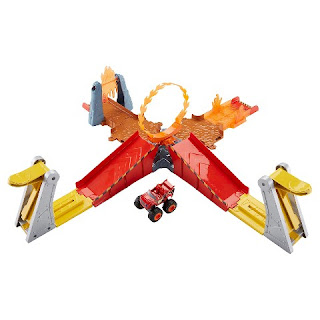 Here are a few of my favorite pictures of Lord Stanley from the last year. 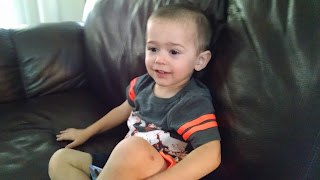 Just chilling and being happy! 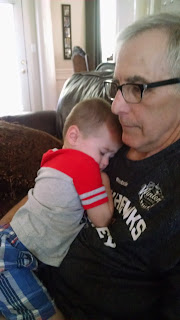 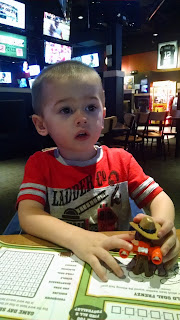 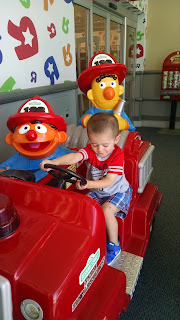 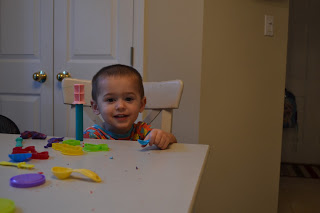 Playing play doh, I played with him 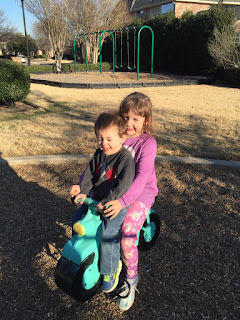 Lord Stanley and Cutie Pie sharing the motorcycle at the park 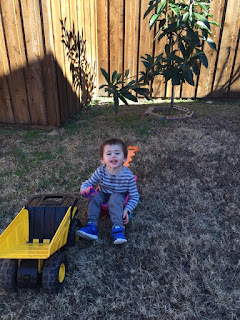 I hope Lord Stanley has an awesome birthday filled with family, food, and fun.  Have a slice of birthday cake for me, Lord Stanley.  I wish I could be there, but I will see you when you visit this summer.
Posted by Brenda Leyndyke at 7:00 AM