What does cereal, Seventh-day Adventist religion, and the Underground Railroad have in common? They are all part of the unique history of my hometown, Battle Creek, Michigan. The Heritage Mile of Battle Creek commemorates this history.

Many people know of Battle Creek and its Cereal City fame, but may not know about its Seventh-day Adventist, Sojourner Truth and Underground Railroad history fame.

Heritage Mile runs from Historic Adventist Village, on the west side of downtown, to Monument Park, along Michigan Avenue. Heritage Mile is the site of many historical Battle Creek events. 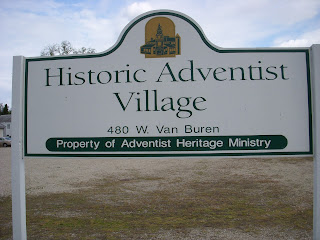 The Seventh-day Adventist history started when Ellen and James White and other Adventist pioneers moved to Battle Creek in the 1850's.  Visitors will find Historic Adventist Village, at the corner of Wood and Champion Streets.  Starting with the Visitor's Center, then the Ellen and James White home, to a schoolhouse, to a church, and more one will learn about the beginnings of one of the largest denominations in the world.  The Seventh-day Adventist Tabernacle can be found at 19 North Washington St. 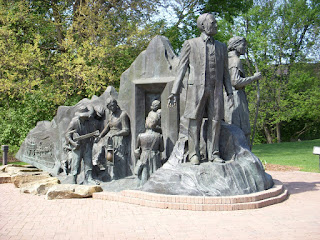 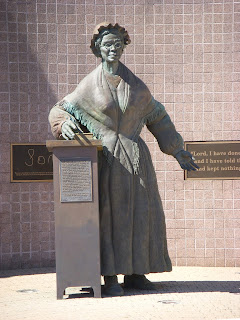 Heritage Mile Sojourner Truth history can be found at Monument Park.  A 12 foot high sculpture of Truth can be found here at the corner of Division and Michigan Ave. Sojourner Truth made her home in Battle Creek for over twenty five years. She is well known as an abolitionist and campaigner of civil rights.   Truth is buried in Battle Creek, not on Heritage Mile, but in Oak Hill Cemetery.

These things alone could make for an interesting Heritage Mile, but they are just a few of the 31 sites that make up The Heritage Mile of Battle Creek.  Other sites of historical importance include

Check out other Last Day Local posts for more information about Battle Creek.

Posted by Brenda Leyndyke at 7:22 AM