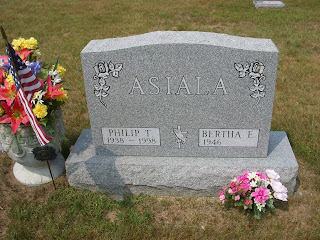 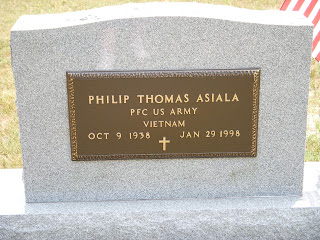 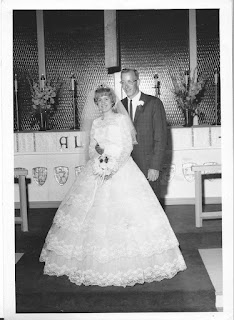 My cousin-in-law, Philip Thomas Asiala, who was known by "Pino", is buried in Brethren Cemetery, Brethren, Michigan. He was a veteran of the Vietnam War having served his country in the U.S. Army.  A bronze plaque commemorating his service is attached to the back of his gravestone. Philip was 60 years old when he died of a heart attack. He left a wife, Bertha and four children: Michael, Scott, Jennifer and Renee.

Philip's Find a Grave memorial number is 46184719.  An obituary is posted there.

Posted by Brenda Leyndyke at 7:04 AM