I'll continue sharing my dad's words with his fifth and sixth grade remembrances. 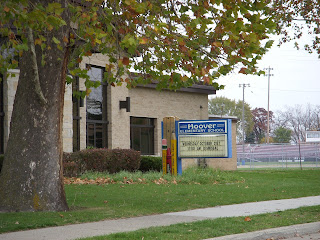 We had an elementary softball league composed of five or six of the elementary schools in Hazel Park and I remember I was the pitcher for Hoover School, my team in both 5th and 6th grades.  I don’t remember much about the number of wins or losses in those days; winning had none of the importance attached to it today.  Playing and participating for the sheer enjoyment was uppermost in my mind.  My mom would get so mad, many a night during the summers, because I was playing in an empty field down the street and forgot to get home for supper on time.  In those days we would play choose up with 3 batters and rest of players in field.  Batters would bat until they made an out.  If runners on first and second, the runner on second had to score if batter got on base or he would be out at home.  If batter flied out to LF he would trade places with the LF.  If he made an out at first, he would go out to right field and fielders would move around with C going to Bat P moving to C and I B moving to P etc.  There were no scores kept, no winners, and no losers.  Just a lot of batting and fielding and I don’t ever remember an argument even. 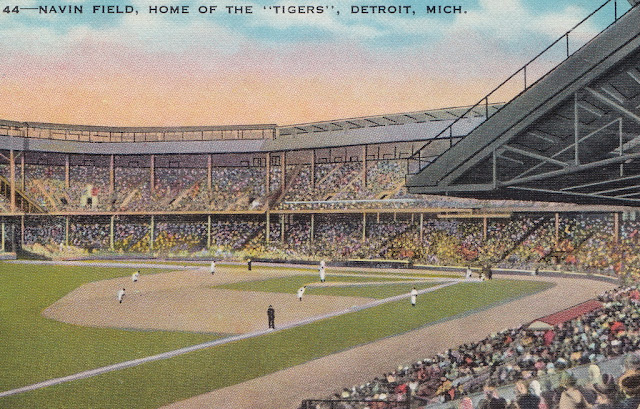 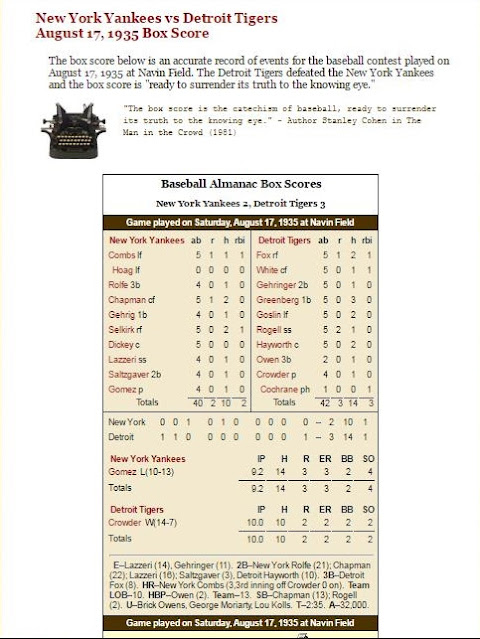 My dad found the box score of his first Detroit Tiger game.

During my elementary school days, I remember as if it was yesterday.  Uncle Art took me to my first Major League baseball game in 1933, at the age of 8, in old Navin Field, then the home of the Detroit Tigers.  The opponent was the hated Yankees; Lefty Gomez was on the mound for the Yankees and General Alvin Crowder for the Tigers.  Babe Ruth and Lou Gehrig among others played for the Yankees and Hank Greenberg and Charley Gehringer played for the Tigers.  Detroit won 3-2 in the 10th inning when they pulled a delayed double steal with runners on 1st and 3rd.  The runner at first broke for second and the throw down had him beat so he stopped and when shortstop started to run him back to first, the runner on 3rd broke for home and beat the belated throw to the plate.

Another memory of my years at Hoover was when I was in the school play and played the part of the King in the play.  The queen was played by a fifth-grade girl named Connie Hale and looking back I guess this was first time I was ever aware of the opposite sex and developed a “crush” on her but was too bashful to do anything about it.  I do remember occasionally riding by her house to see if I could get a glimpse of her.  After graduating from Hoover, and although she was only a grade behind me, I don’t ever remember seeing her again.

I transcribe these posts as my dad had written and he isn't here to answer my questions. I don't fact check. These are his memories. I was wondering if Hazel Park had five or six elementary schools in Hazel Park at this time.

Posted by Brenda Leyndyke at 9:39 AM