Gregory Todd Fredricks Would Have Been Sixty 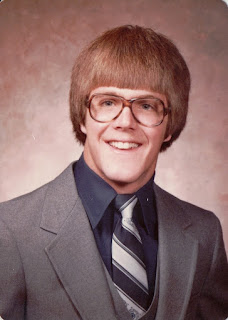 I am not prepared for my generation of cousins to start dying. That is what happened in August of 2009 when my cousin Greg Fredricks died at the age of 47.

Gregory Todd Fredricks was born sixty years ago, today. He was the son of John and Louise Fredricks. He was one of six children. I wasn't close to Greg, but I do remember him fondly from visiting his home when we were kids and at the Fredricks Family Reunions.

Surviving: Fiance: Tina JensenHis children: Andrew Fredricks, Makenna Jensen, Nathan Jensen, Amber (Richard) Ruthruff, Ricky Ruthruff, and Bradley (Amanda) Simon.Parents: John and Louise Fredricks.Brothers and Sisters: Cheryl (Steve) Gaudard, Jeff (Jackie) Fredricks, Brian Fredricks, Danny (Mickie) Fredricks & Mary Beth (Bruce) Eldred.Several nieces, nephews, aunts, uncles and cousins.Preceded in death by Zackery Ruthruff, grandparents: Otto & Daisy Fredricks and Richard and Ethel Guenthardt.Funeral Services: 11:00 am Thursday Aug. 13, 2009 at the St. Paul´s Evangelical Lutheran Church of Remus, MI. Officiating is Pastor Jonathan Voss. Visitation 2 to 4 & 6 to 8 pm on Wednesday at funeral home. Burial in Decker Cemetery of Blanchard. Memorials may be left at the funeral home. For online register book and obit see www.legacy.com. Care and arrangements entrusted to the Crittenden-Hansen Funeral Home of Remus.
Source: Obituaries at Legacy.com
His obituary didn't show what kind of hard working man Greg was. He loved his family and the Detroit Tigers. Greg has been missed and it is a shame he isn't here to celebrate his 60th. I am sure it would have been a great party!
Happy Birthday in heaven, Greg. Greg's Find a Grave memorial can be found here.