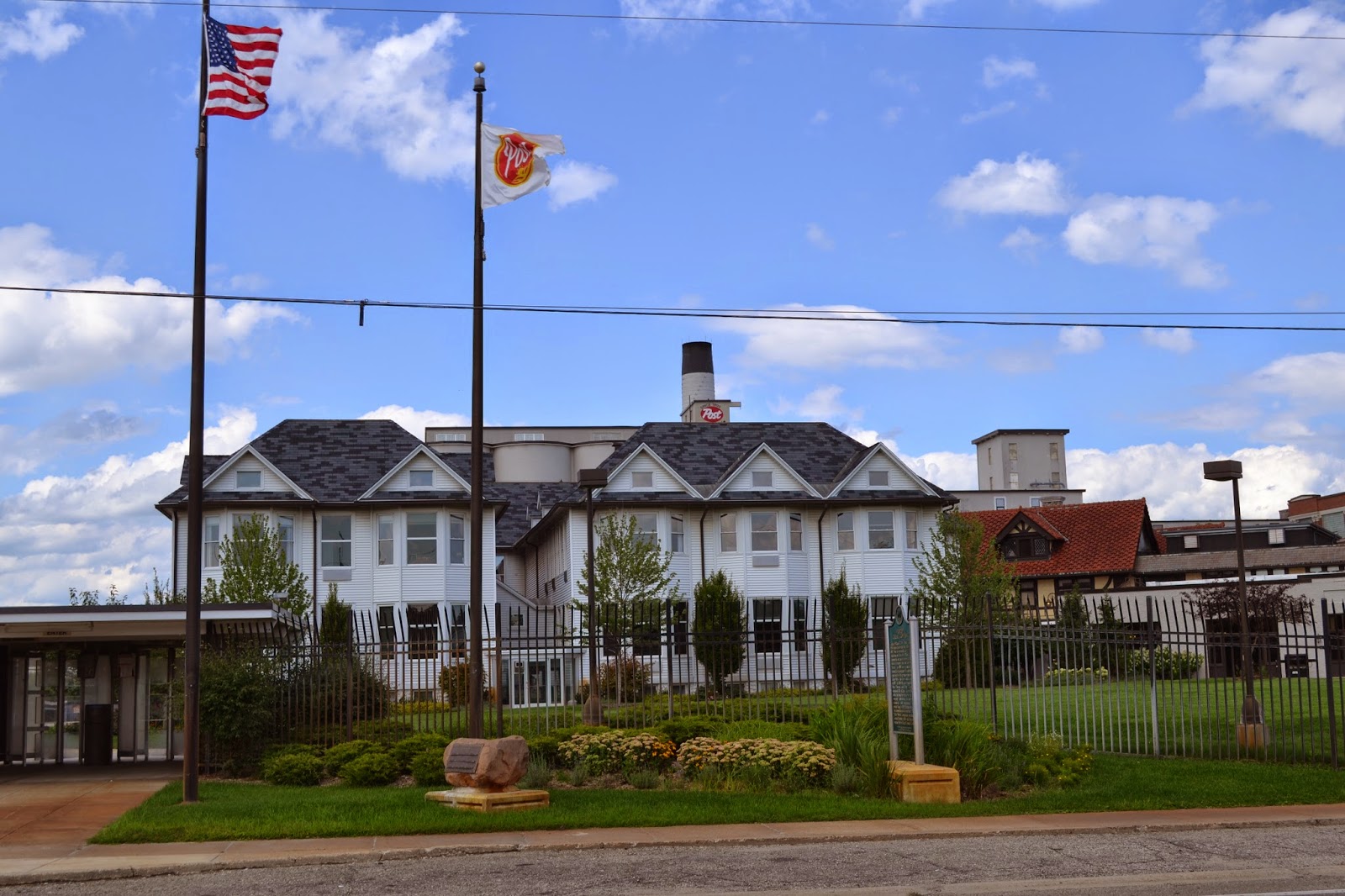 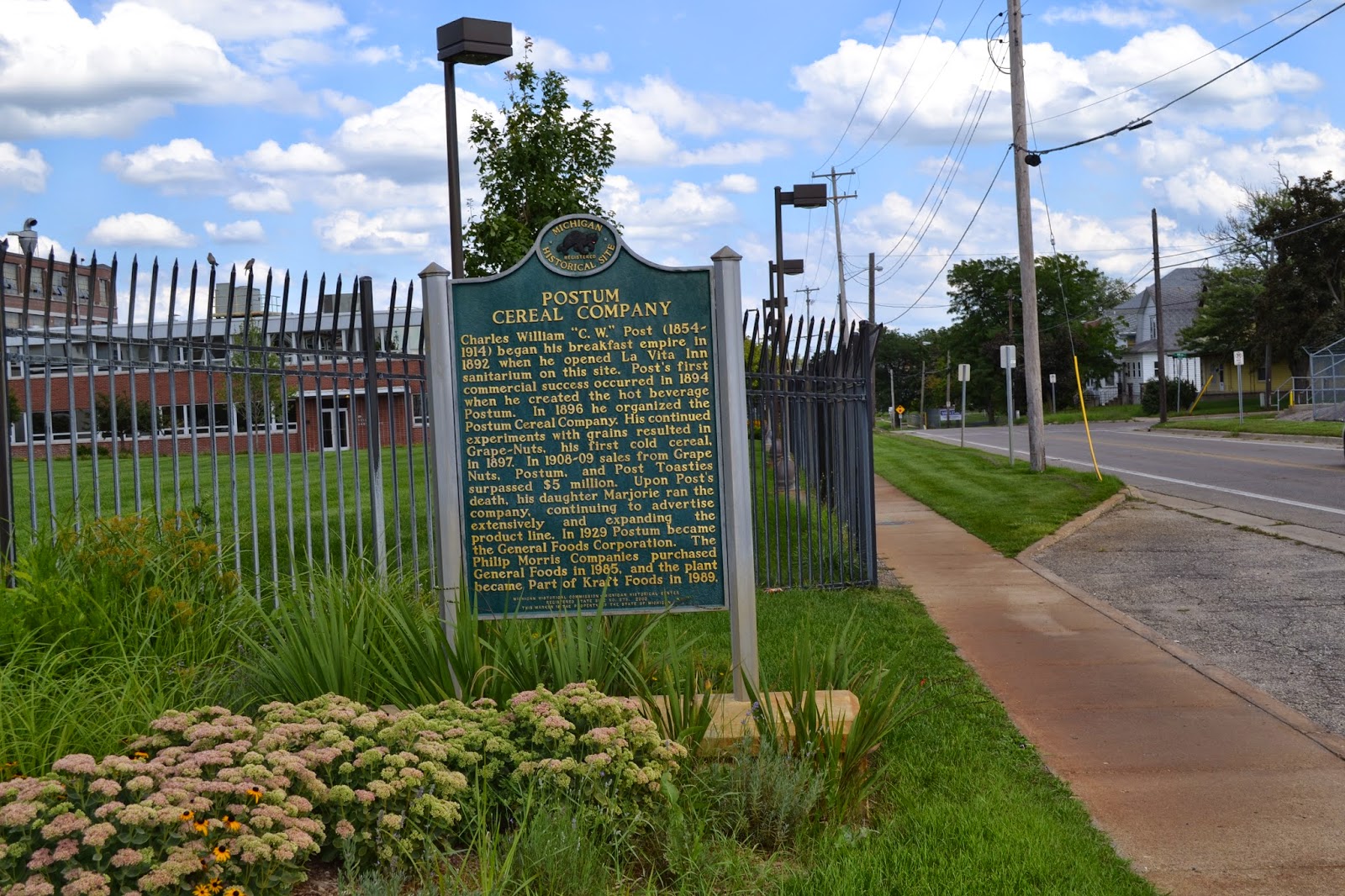 Side 1 of Michigan Historic Marker for Postum Cereal Company

The Postum Cereal Company Historic Site, located at 245 Cliff Street in Battle Creek, is another part of cereal history in my hometown. The company has been owned by various companies throughout the years and the Postum Cereal Company has changed names as well.  Currently, it is known as Post Foods, or to the locals, just Post. It has been a part of Battle Creek history for over 100 years. The historic marker shares this history:

Charles William "C.W." Post (1854-1914) began his breakfast empire in 1892 when he opened La Vita Inn sanitarium on this site.  Post's first commercial success occurred in 1894 when he created the hot beverage Postum.  In 1896 he organized the Postum Cereal Company. His continued experiments with grains resulted in Grape-Nuts, his first cold cereal, in 1897. In 1908-09 sales from Grape Nuts, Postum, and Post Toasties surpassed $5 million. Upon Post's death, his daughter Marjorie ran the company, continuing to advertise extensively and expanding the product line.  In 1929 Postum became the General Food Corporation.  The Philip Morris Companies purchased General Foods in 1985, and the plant became Part of Kraft Foods in 1989.

Breakfast cereal production began on this site in 1894 when C.W. Post perfected his Postum drink. Remarkable as a factory with structures dating from as early as 1895, the complex reflects the evolution of cereal making. Post began commercial production from one barn. Eventually everything from research to grain processing to packaging occurred here. Known during the early 1900s as the "White City" because of the widespread use of white paint, the complex grew to include grain silos, a power plant offices, processing plants, a paper factory, and warehouses. Post had his office in the Elizabethan building at the center, which also housed the advertising department. It became the employee clubhouse in 1925.

Posted by Brenda Leyndyke at 7:28 AM